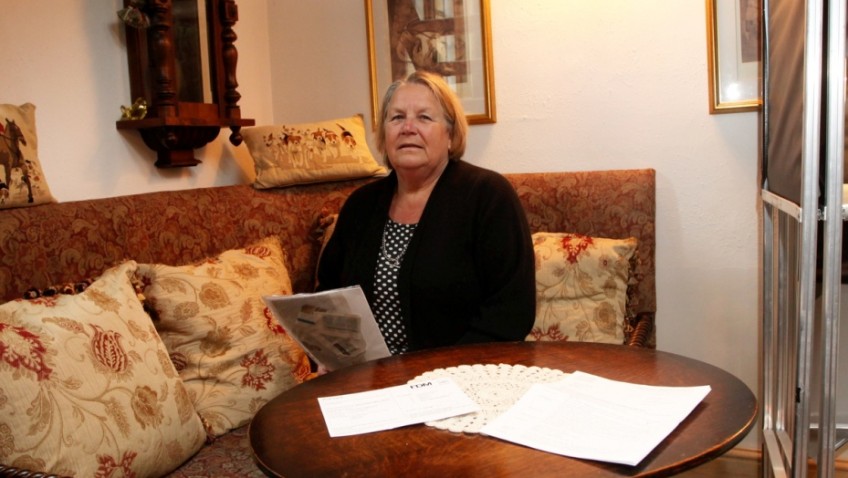 A couple have transformed the hall in their four-bedroom home into Britain’s smallest polling station.

June, 70, and Graham Thomas, 74, have hosted general and local election voting in Winwick, Northants, since 1990. 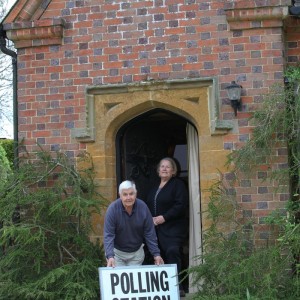 Residents can cast their votes in a booth under the stairs of the Victorian house, which was the village school until 1947.

It is one of the few remaining private residences used as a polling station and over 70 villagers will descend on the property today between  7am and 10 pm.

Yesterday gran-of-three June said: “It probably is the smallest polling station because it is just our hallway.

“It sounds quite parochial, but it is run exactly the same way as any other polling station would be run.

“It’s all very formal, so don’t expect a cup of tea. We abide by the rules in the same way as we would if we hosting 7,000 people.

“Everyone is welcome. Sometimes the police come in to see how everything is going – but we’ve had no riots so far.

“We’ve never had any complaints so long may that continue.”

As the polling clerk June will have a presiding officer and the pair will check people off the voters’ list from the comfort of her corner sofa. 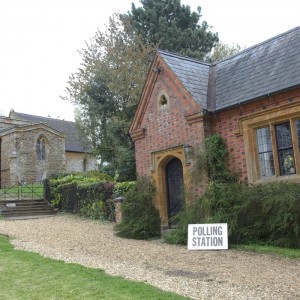 She has already sent off her postal vote but husband Graham, a retired farmer, will vote in his own hallway.

The couple decided to open up their home as a polling station after their local manor house, where the vote was traditionally held, was converted into a private residence.

Mum-of-three June, a housewife, added: “Our house used to be the old school, so it was a central part of the community and this way, come general election time, it still very much is.

“When the new owners of the old manor didn’t want to host it anymore, I thought I would offer.

“It’s a bit strange having all these people in your home, but it’s a small village and we pretty much know everyone here.

“So its not like we have loads of strangers descend on the house, I do like to make sure its nice and tidy though before everyone comes.