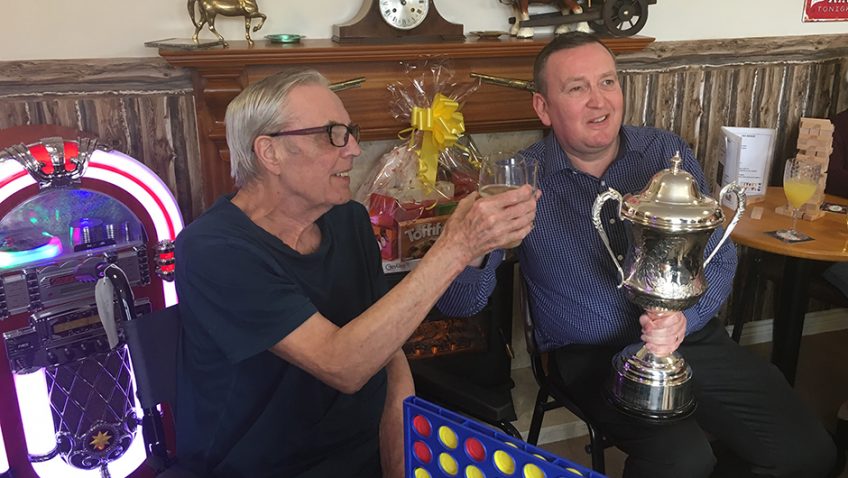 Beer at home just took on a whole new meaning!

Residents at Anchor’s Middlesbrough Grange have now got their very own pub…in their care home! A lounge area has been decked out with beer pumps, a jukebox and a dartboard and named the Netherfield Arms, after the pub that originally stood on the site of the care home.

BDO World Darts Champion Glen Durrant, who was born in the town, officially opened the Netherfield Arms and was the guest of honour at the ceremony at Anchor’s Middlesbrough Grange in Fosdyke Green, on 4th April.

District Manager Kathryn West said: “The residents were excited to hear that they would have a pub in the care home but they were amazed to hear Glenn Durrant was going to officially open it.

“The residents here have lots of activities organised for them every day and we like to tailor them to needs and aspirations of our older people. It will be a great meeting place for our residents to enjoy pub quizzes and other activities.

“It will also be used for one-to-one reminiscence sessions where residents will be able to talk to their carer about their memories of going to pubs when they were younger. We want our residents to have a happy time at Anchor’s Middlesbrough Grange.”

Resident Pauline Watts, 75, who has lived at Anchor’s Middlesbrough Grange for more than three years, said it was great to have their own pub. She said: “We can get dressed up and meet our friends in the pub any time of the year without having to go out in the cold.”

Fellow resident Sandra Brown (pictured), who used to go to the pub three times a week when she was younger, said: “I like the pub because you can enjoy seeing your friends and getting together. 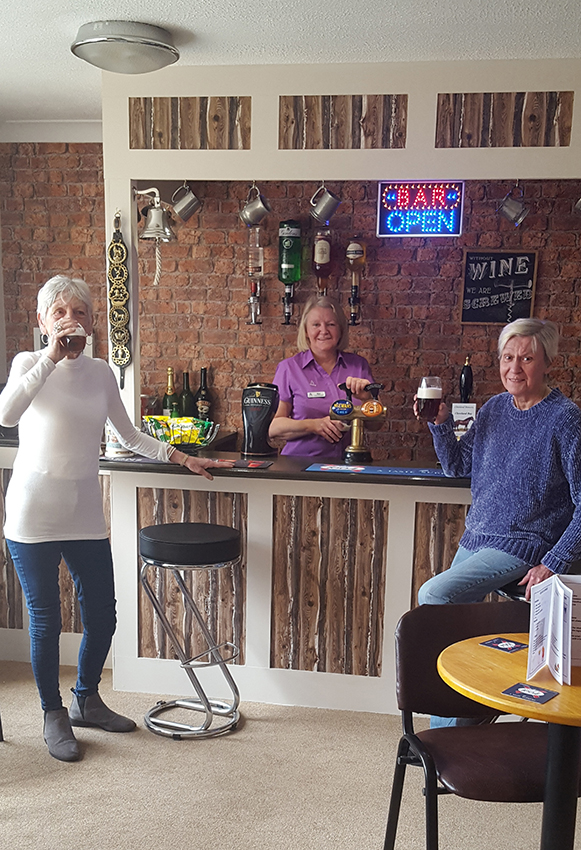 “I think the jukebox is a great idea as I like singing along while having my favourite drink, lager and lime. I like to listen to music from the 1960s but also Adele and Amy Winehouse.”

Iris Pickard (pictured), 71, added that she liked everything about the pub. She added: “I love the atmosphere and it’s a nice place to socialise with friends over a lager.”

Darts champion Glen said he had never seen a pub in a care home but, having visited Anchor’s Middlesbrough Grange, he could see that it was a great place for the residents to socialise.

He said: “I was so impressed by the staff. When I walked in, it was fantastic. There were smiles on the residents’ faces. It’s blown me away. It’s a great place to be. It was a special day. I’ll be walking away on a high. Visiting the home was a great opportunity to see the energy and hard work the staff put in. They do a fantastic job.”