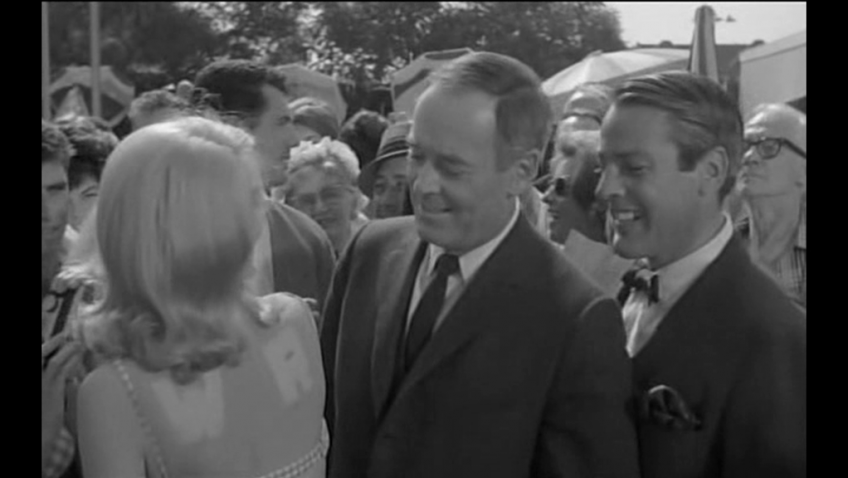 The American election campaign is a low-down, dirty fight.

THE BEST MAN (Sony) follows an American election campaign to choose the man who will run for President. Most people enjoy a “low-down, dirty fight” and the mud-throwing makes for first-class entertainment. It was one of the best films of the 1960’s. Franklin Schaeffner’s documentary approach gives Gore Vidal’s expert and cynical script a continuous stamp of authenticity. Henry Fonda, in real life, would be everybody’s ideal President (far more convincing casting than Ronald Reagan!). Cliff Robertson is his ruthless rival, prepared to go to any dirty length to get his nomination. The question is whether “the good man” (too intellectual, too honourable, too thoughtful for the job) is the best man or whether in fact “the bad man” has the devious qualities needed in a President.

THE OTHER (Eureka). Identical twins, one good, one bad, play a dangerous game, living, as they do, in a fantasy world. Robert Mulligan’s underrated 1972 psychological horror film, set during the American Depression, deserves re-assessment. Tom Tryon, who wrote the novel and the screenplay, didn’t like it; but he underestimated it. Watching it today, it is clearly a classic.  Incidentally, if you presume the twins are played by one actor, it’s very reasonable to do so, because they never appear in the same shot together. But actually they were played by real-life twins Chris and Martin Udvarnoky, their only film roles.

KUMIKO THE TREASURE HUNTER (Soda) A deeply disturbed Japanese 29-year-old office worker watches the Coen Brothers’ Farago on DVD and thinks it is a documentary. So she steals her boss’s credit card and travels to America to find the buried treasure in the snow. Everybody she meets en route is as odd as she is, even the cop played by the director, David Zellner   Rinko Kikucha is very convincing; but who will want to watch a deeply disturbed woman for a whole movie and what will audiences make of the bizarre ending? Too sad to be funny, only the insensitive will find it amusing.

MY OLD LADY (Curzon). A man inherits a house only to find an old lady (she’s 92) can legally stay in it and he has to pay her rent. It starts as comedy and then gets serious. It feels very French and very old-fashioned. Parents get a bad press. (So what’s new?) Their affairs leave their children warped and unloved. Affairs can also have incestuous results. The cast – Kevin Kline, Kristin Scott Thomas and Maggie Smith – may tempt you to watch, but Israel Horovitz’s ponderous script and Horovitz’s ponderous direction and Kline’s ponderous performance make for ponderous viewing.

NOT AS A STRANGER (Simply Medium). The title and the cast, which includes Robert Mitchum, Frank Sinatra and Gloria Grahame, may make you think it’s going to be a film noir. It’s turns out to be a 1955 film about the medical profession. Mitchum hasn’t enough money to pay for his fees to study to be a doctor so he marries Olivia de Havilland (an unlikely blonde Swede) for her money and they live unhappily ever after; until that is he finally learns that it is not enough to have brains, you have to have heart as well. Stanley Kramer directs this interminable turgid drama with a lot of clinical detail in close-up.

NIGHTCOMERS (StudioCanal) is an over-simplified and over sensationalised prequel to the Henry James classic ghost story, The Turn of the Screw. Michael Winner’s 1971 film characteristically makes precise what James left ambiguous. Marlon Brando’s Peter Quint is not so much James’s agent of evil as an Irish rogue, a compulsive and hypnotic story teller, who dominates the children with his macabre tales. Miss Jessel is a willing partner in his sado-masochistic games. Stephanie Beacham’s performance is a mixture of Victorian prudery on the one hand and lust on the other.