Home / LIFESTYLE / America after the Fall – Paintings in the 1930s 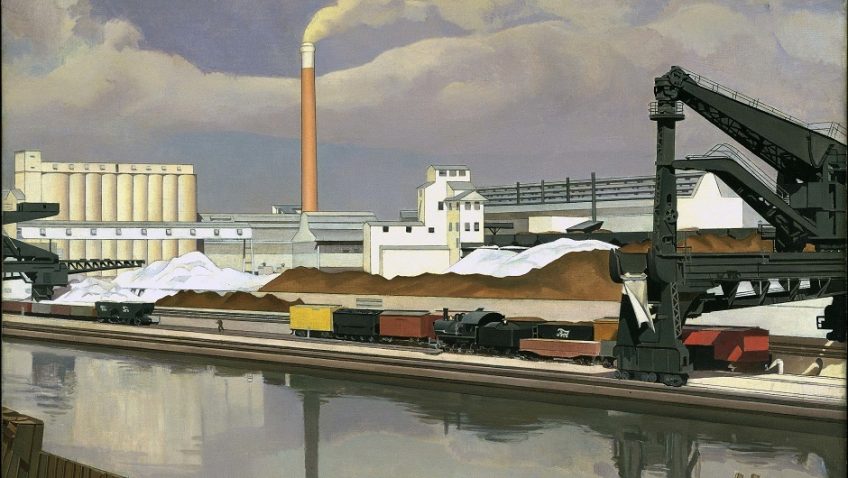 America after the Fall – Paintings in the 1930s

Robert Tanitch reviews the exhibition in the Sackler Wing of Galleries at the Royal Academy of Arts, London W1

I always enjoy going to the Sadler; it has just the right number of rooms. The exhibition covers the years of the Depression to the outbreak of World War 2

The one painting everybody will know is Grant Wood’s masterpiece American Gothic, once reviled, now loved. The straight-laced farming couple, open as they are to so many interpretations, have been reproduced and caricatured endlessly. 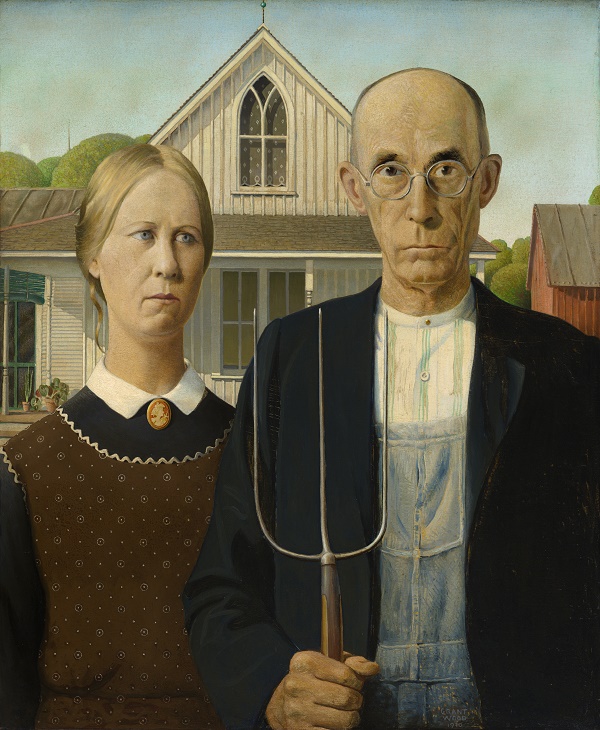 Wood dominates the exhibition. The car accident about to happen in Death on the Ridge Road is brilliantly caught in a swerving, vertiginous landscape. The telegraph poles look like crucifixion crosses.

Marvin Cone’s River Bend is elegiac and lyrical, too, a far cry from The Grapes of Wrath. Alexandre Hogue’s apocalyptic Mother Earth Laid Bare is the truth. Mother Earth lies back and thinks of the Depression. The land is raped to death.

Charles Sheeler’s abstraction, Home Sweet Home, is a wonderful Cubist jigsaw of colour and patterns. The abstraction and realism of Sheeler’s industrial American Landscape is striking in its streamlined pristine precision. 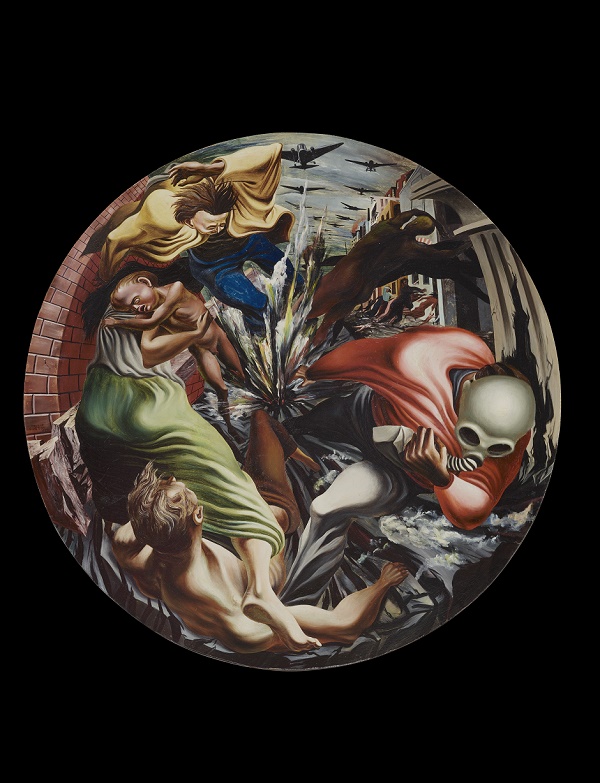 Philip Guston’s Bombardment is a direct response to the terrible slaughter in Guernica during the Spanish Civil War. Joe Jones’s American Justice is a response to the atrocities of the Ku Klux Klan.

Reginald Marsh’s Twenty Cent Movies is a humorous commentary on moviegoers’ taste. The film posters have titles like Stripped Bare and Joys of the Flesh.

Paul Cadmus’s The Fleet’s In caused a huge scandal in its day with its bawdy, garish satire on drunken carnal sailors having a good time on shore, a mix of Otto Dix and Tom of Finland. The Secretary of State made certain it was withdrawn

Two paintings by Edward Hopper, a master at depicting aching loneliness, stand out: Gas has a solitary man at the pumps of a station, miles from anywhere. New York Movie has a solitary usherette in an ornate and largely empty cinema, lost in thought. Both paintings are psychologically powerful.