Home / SLIDER / “You should always agree with me. I am your husband.” 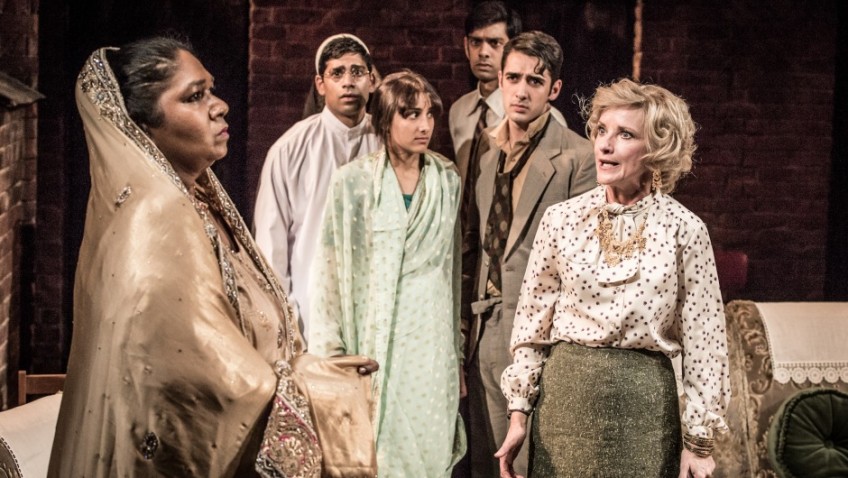 “You should always agree with me. I am your husband.”

Ayub Khan-Din’s autobiographical account of an Anglo-Asian family growing up in white working-class Salford in 1970 was the first British play to find a multi-racial audience. The low-budget and re-written film version was also a huge success.

Kahn, a devout Muslim (played by the playwright), refuses to accept that he is living in a different country, culture and time to his family.

He expects respect (his word for automatic, unquestioning obedience) and if either his wife or seven children dare to question his actions he beats them horribly.

The children, born and bred in Britain, feel their father has no right to tell them what their culture should be.

He forfeited that right when he left Pakistan and settled in England in 1935 and married a white woman. They want to be English; but Salford will always think of them as Pakis.

Kahn is arranging marriages for his two eldest boys without consulting them. Will Mrs Kahn stand by and let her husband sell them to the highest bidder?

The comic tea party when the Khans entertain the parents of the two ugly girls Khan wants his sons to marry is not any the less hilarious for being very contrived. But they and the whole ensemble act the play for what it is worth: East is East is as much a period piece now as are those other Salford comedies, Hobson’s Choice set in the 1880s Love on the Dole set in the 1930s and A Taste of Honey set in the 1950s.