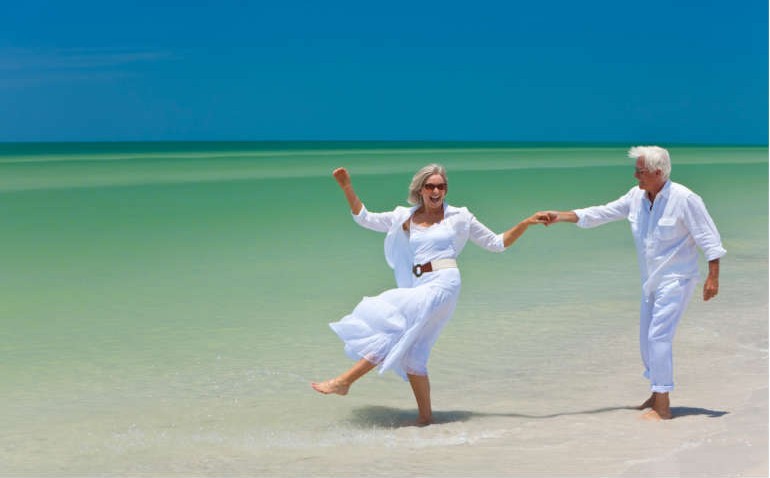 Almost half of over 50s tempted to quit UK in retirement

Almost half of all over 50s in the UK would be tempted to or are actively considering moving abroad in retirement, with the cost of living the primary motivation for quitting Britain, according to a survey from one of the world’s largest independent financial advisory organisations.

deVere Group’s poll, recently carried out by Censuswide, reveals that 49.5 per cent of those surveyed have ‘seriously considered’, ‘are thinking about’, or ‘would be tempted’ to live overseas during retirement.

An overwhelming 69.9 per cent of the 1,231 of those questioned cited living costs as the number one concern regarding retiring in the UK.  Other reasons included standard of care for the elderly, quality of life and the weather.

The majority of respondents – 27.9 per cent – said Spain would be the country to which they would most likely relocate in retirement.  12.6 per cent and 7.9 per cent answered France and Italy, respectively.

Of the findings, deVere Group’s founder and chief executive, Nigel Green, comments: “With the UK’s burgeoning cost of living crisis, it is perhaps not surprising that this is the major ‘push factor,’ and that almost half of all British retirees and/or those on the cusp of retirement would consider a move overseas.

“The environment of high taxes, creeping inflation, low interest rates and low annuities, plus the scrapping of some age-related benefits, is compounding the situation.”

He continues: “It would appear that many of the UK’s over 50s, ‘babyboomer’ generation, feel that they might need to consider downsizing their lifestyles should they remain in Britain in retirement.    As such, many are now thinking about leaving the increasingly expensive UK and heading off to countries where a high standard of living – and usually better weather – comes at a fraction of the cost.

“Not only will Britons who move overseas when they retire, typically enjoy lower living costs in their adopted home countries, they could also take financial advantage of their expat status.

“For instance, there are a number of financial ‘vehicles’, including tax efficient pension and investment opportunities, exclusively available to those living abroad that can allow expatriates to become significantly better off than their contemporaries ‘back home’.”

Amongst these ‘vehicles’ are HMRC-recognised QROPS (Qualifying Recognised Overseas Pension Scheme), which allow expatriates to mitigate liabilities of inheritance tax which can be up to 55 per cent in the UK, to access flexible investments, have their pensions paid in the currency of their choice, and the chance to secure 30 per cent as a cash free lump sum, amongst other benefits.

Speaking of the overseas destinations of where Britons are most likely to retire, Mr Green, says: “As this survey focused on the over 50s, the main ‘pull factors’ of an overseas country are lifestyle ones such as better weather, a more relaxed, family-orientated and/or outdoor way of life, and lower crime levels.  Subsequently, places like Spain, France and Italy topped the poll.

He adds: “However, when deVere Group carried out a similar survey last year focussing on the under 40s – those who are typically looking to further their careers – the top destinations included Dubai, Abu Dhabi, Moscow, Hong Kong, South Africa, Shanghai, Malaysia and Tokyo.”