Home / NEWS / BLOGS / Memories are made of this 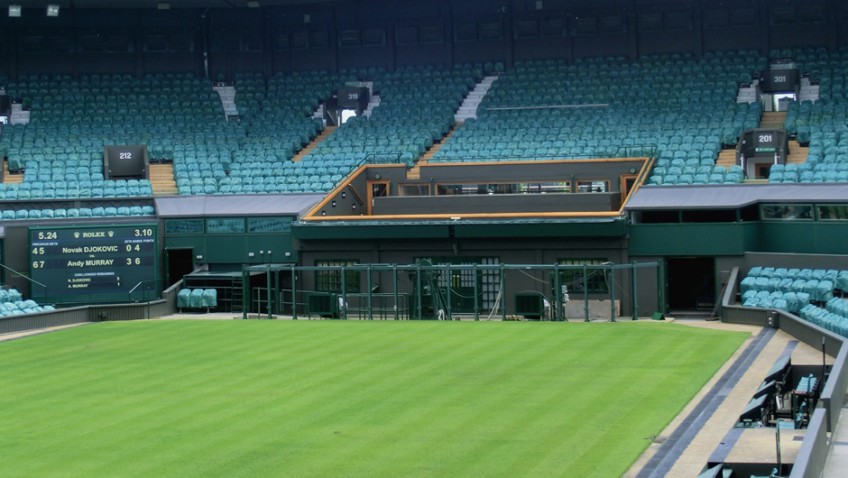 Memories are made of this

Alastair McIver, former editor of Tennis World magazine, takes a journey through the decades in search of Wimbledon memories

There are only a few things in life that stay with us from birth, through childhood, into adulthood and then into our more mature years. Wimbledon is one of them.

None of us could avoid Wimbledon growing up. And why would we want to? Our parents watched it, probably on black and white television sets, our children in colour.

When we awoke, it was there, in all of its glory. When we slept, it was in our dreams.

And for many of us ticket-less fans, that was as close to the action as we were likely to get, though some hardy souls would head annually to Southfields Station, often taking their fold down chairs, their flasks of coffee and even their sleeping bags with them, in the hope of securing an elusive ticket. Such was the sense of occasion, not to mention the quality of tennis on show.

Wherever we Brits were in the world, Wimbledon – in all its shades of green and purple – was, and is, for a glorious fortnight each summer, our best friend. And as best friends go, Wimbledon has been a pretty good one. Our generation has been royally blessed with abundant talent down the years.

Wonderful players who roamed the decades of our lives remain in our memories and draw us to the present, with the magnificent Murray leading the way. Nadal, Federer and the reigning champion, Djokovic await.

And while we enjoy basking in the recent glory of Murray’s 2013 achievement, we have to go back 39 years (and I am sure that most reading this can do so) to celebrate another British Wimbledon success. Our Ginny, the Archdeacon’s daughter, Virginia Wade, playing in front of HM the Queen, no less, defeated the Dutch girl, Betty Stove, to win her first and only Grand Slam title, surpassing the three other female Brits to win the Ladies’ Singles title, Ann Jones, back in 1969, Angela Mortimer in 1961, and Dorothy Round, who won it for the second time in 1937. What memories.

In between Wade and Murray, there has been much to savour: Borg, Evert, Connors, Lendl, Becker, Navratilova, Edberg, McEnroe, Graf, Goolagong, Sharapova, the Williams sisters and even the surprise 2013 Champion, Marion Bartolli, from France.

Or those who preceded Wade, we recall the likes of Rod Laver, Lew Hoad, Roy Emerson, and the wonderfully gifted Manuel Santana; Margaret Court, Billie Jean King and the graceful Maria Bueno. Perhaps you remember the only black player to have won the Men’s Singles title, one Arthur Ashe, who defeated Connors in 1975. Who was your favourite, I wonder?

These are the names which have defined the grass court game for decades and we who are reading this and who love lawn tennis are surely privileged to have seen such mastery.

And whilst we have understandably focused on the great singles champions of the past 50 years, it would be remiss of me, as we take this walk together down memory lane, not to mention those other, iconic champions, that great and enduring doubles pairing – no, not the Bryan brothers – but….strawberries and cream.

Whatever the weather, this red and white taste bud heaven is guaranteed to take away any blues we might be feeling. Whether seated in the best Centre Court seats on finals day, or watching from Henman Hill (now Murray Mound), or perhaps from under an umbrella on Court 17, or simply at home on the sofa with the family or friends, who can ignore such a tasty tradition?

Or how many of us have been ‘traditionally’ glued to our television screens on a balmy, Thursday evening, to see if Tim Henman was going to triumph, the Centre Court shadows spreading their wings over proceedings…another signature dish served up for today’s global TV audience.

Rain, all part of the fun

And rain on the first Tuesday. Or was it the second Wednesday? Black clouds and impending thunderstorms, the precursor to a dozen or so young men dragging covers across the hallowed lawns of SW19, were – are – all part of the fun.

And even when it rained, they still remained; British tennis fans, courtside, rain ponchos for protection, umbrellas up! We even had Sir Cliff Richard one year, who entertained us royally for an hour or so.

It could only happen at Wimbledon, surely.

This is the great British tennis institution, Wimbledon, in all its glory.

Whether on TV, or at home, Wimbledon is all around us. Somehow, when Wimbledon is in our lives, life’s challenges don’t seem so important. Those aches and pains matter a bit less, that Pimms and lemonade tastes a little sweeter, that afternoon cuppa hits the spot.

And did we mention Dan Maskell?

Oh I say, what a commentator. His brilliance at the microphone was notable for what he didn’t say, rather than what he did.

And on that note, perhaps that is a good moment to leave you. Memories intact, they don’t need any more stirring.

Ladies, and gentlemen, play is suspended.