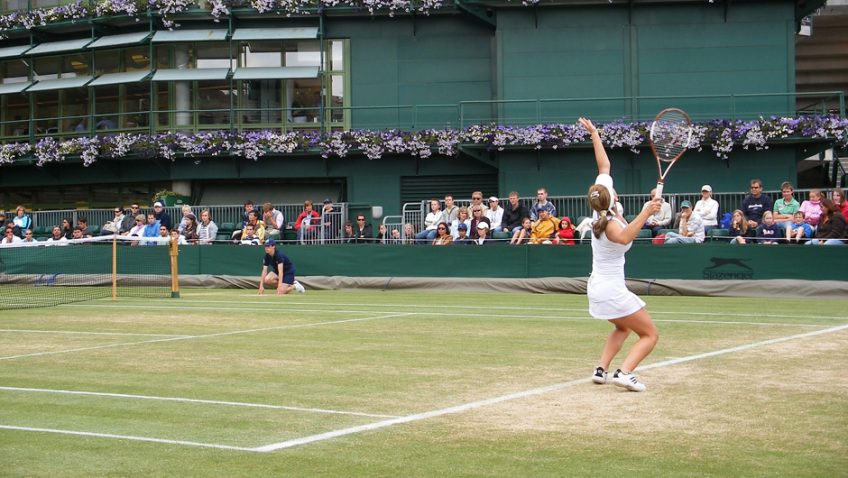 As we approach this year’s Wimbledon, former Editor of Tennis World Alastair McIver recalls some of the greats who have played there down the years

Every sporting fan will have their memories that stay with them throughout their lives. Sport for many can live in the memory like no other.

Some reading this will recall where they were when we last won the World Cup way back in 1966. Others will remember watching Ian Botham become only the second Test player in history to score 100 runs and take 10 wickets in a Test Match, and yet others will marvel as they think of the sublime Jonathan Davies and his legendary trys for Wales over a 14 year international career.

As a tennis fan, I can still recall my first visit to Wimbledon, way back in 1987, when I was allocated my Centre Court media seat which was to host me for 15 consecutive years. What a privilege.

It was the year that the Australian Pat Cash climbed into the crowd and on the roof of the media centre in order to embrace those sitting in his box. His victory earned him £155,000 while the women’s winner, Martina Navratilova, took home £139,500.

How times have changed.

This year, the Men’s and Ladies’ Singles Champions will pocket £2.2million pounds each, another reflection on the times which sees men and women receive equal prize money.

A roof now covers the Centre Court, and a new, circular shaped court has replaced the old, shadowy ‘graveyard’ No 1 Court of old. Huge new underground walkways and a new media centre demonstrate that the Wimbledon Committee have been willing to spend some of The Championships’ profits year-on-year, and that is why Wimbledon today remains the game’s primary tennis event in the world, and the largest sporting event in Europe.

Regular visitors to The Championships every year are met with an array of familiar backdrops that transport us into a wonderland of sporting emotion, the like of which can rarely be found elsewhere in the world.

Whether it’s the Boston Ivy that clings to the walls of the primary courts, the ambient green and purple livery that identifies the tournament world-wide, the smell of finely cut grass that dominates the court walkways, the imposing Fred Perry statue that greets you as you enter the Somerset Road entrance, the long shadows that are the backdrop to so many early evening doubles encounters every year. And did I mention Henman Hill (or is it Murray Mound, these days?), strawberries and cream, or Pimms and lemonade, all familiar accompaniments enjoyed by the 500,000 visitors who attend The Championships each year.

Yes, Wimbledon is truly unique in its own way, but at the end of the day, it is surely the players who make the memories.

Perhaps you go back further, to the great pre-Cash Australian era of Rod Laver, John Newcombe, Ken Rosewall, Roy Emerson, Margaret Court and Evonne Goolagong. And who could forget our own beloved Virginia Wade, who defeated the tall Dutch girl, Betty Stove in front of HM the Queen on that balmy July afternoon way back in 1977.

What immense performers these were, a special generation that will live in the memories of those of us who were privileged to see them.

Memories of such players, and their matches, are both endearing and enduring. They don’t fade, probably because their battles were so ‘epic’ in their own ways.

Maybe that is why, as we approach the 140th Championships this month, we look to today’s special generation of international household names to make memories for current tennis enthusiasts; our own Andy Murray, Rafael Nadal, Novak Djokovic, Stan Wawrinka, Milos Raonic, Roger Federer, and on the women’s side, the Williams sisters, Angelique Kerber, Karolina Pliskova, Simona Halep and our very own top tenner, Johanna Konte to create the memories for today’s fans, tomorrow’s Mature Times readers.

We are what we remember and for us who have been blessed to watch such talent over the years, we could not have asked for more. As yesterday’s tennis legends have given us such fond memories, let’s remember that today’s tennis greats are tomorrow’s memories for our own children and grand-children. Let’s enjoy them as they entertain us so royally, once again this year.