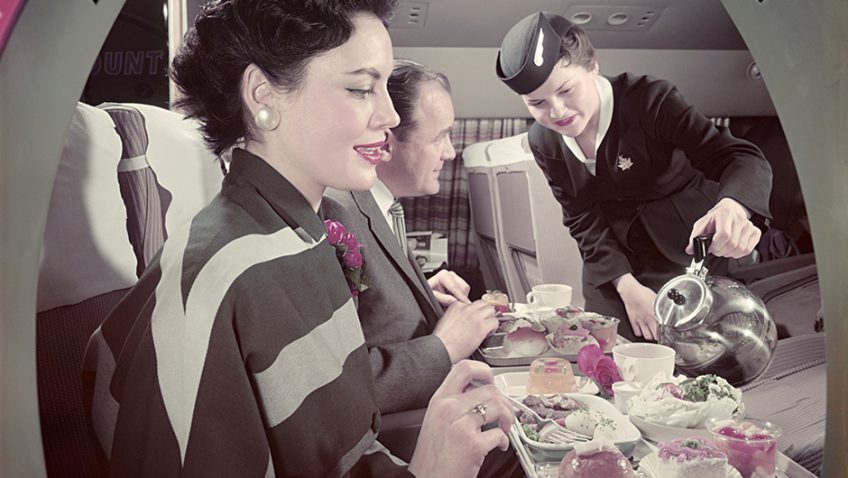 Air Canada celebrates its 80th birthday in 2017. Its roots go back to April 10, 1937, when Trans-Canada Air Lines was incorporated by an Act of Parliament to coordinate air transport across Canada’s broad expanse. 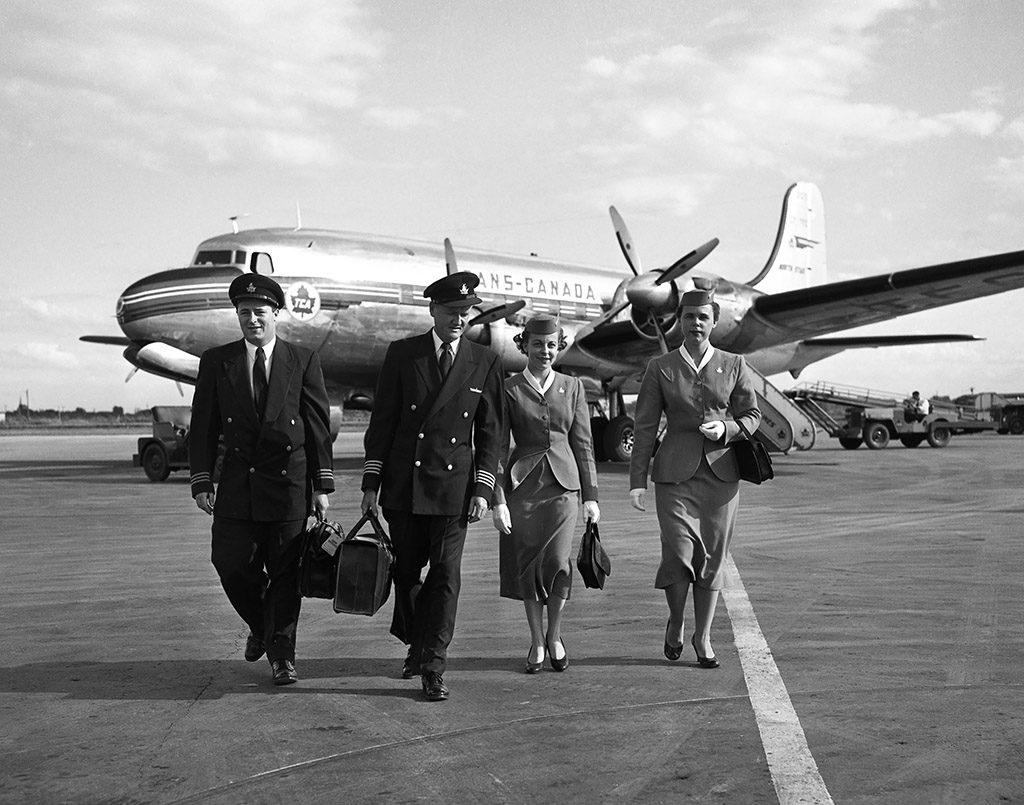 First World War fighter ace Donald MacLaren was hired to set up the TCA pilot-recruiting programme and attracted top pilots, including many who pioneered bush-flying operations in Canada or who flew during the war.

The hazardous Atlantic route was first charted during WW2 and TCA’s first crossing was a 12-hour, 26-minute flight from Montréal to Prestwick, Scotland, on July 22, 1943. An unarmed Lancaster – a military aircraft converted for civilian use – carried three passengers on official government business and 2,600 pounds of mail for soldiers.

Slow, lumbering and deafeningly loud, these remarkably reliable machines were part of the Canadian Government’s Trans-Atlantic Air Service and could weather the battering on the hazardous route.

Those first trips were uncomfortable for both passengers and crew, but proved an invaluable training ground for the company’s future transatlantic passenger services. 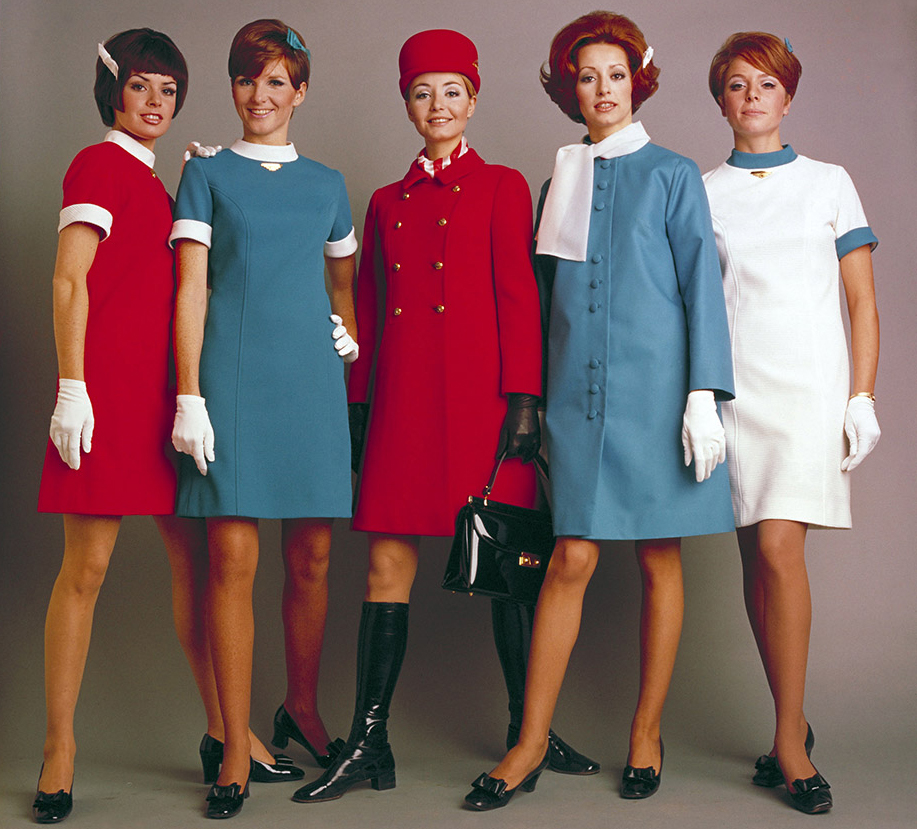 Over the past 80 years innovations introduced by Air Canada include the use of anti skid brakes in 1955 and the first flight recorder, developed by Trans-Canada Air Lines in 1958.

Over the years many famous people have flown with the airline, from Babe Ruth and Bob Hope to Frank Sinatra, Louis Armstrong and Ronald Reagan. No doubt they would have seriously envied those passengers who have been enjoying a good night’s sleep on the Trans-Atlantic
flights to Europe since October 2006, when Air Canada made history by becoming the first
North American carrier to introduce lie-flat beds in all Executive Class® cabins across its international fleet.