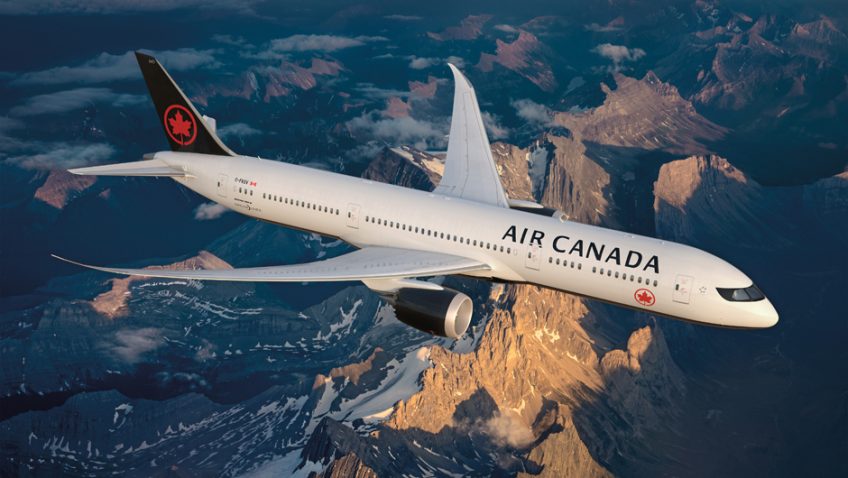 Canada, globally recognized as one of the best countries to live, is the second-biggest country in the world and known for its breathtaking landscapes and exciting cosmopolitan cities. Named Lonely Planet’s number one country to visit in 2017, Canada is an English and French speaking nation that prides itself on its warm, welcoming citizens and is widely renowned for its inclusiveness. Visit Canada in this unforgettable year as it celebrates its 150th Anniversary of Confederation and its national airline, Air Canada marks its 80th birthday.

Why not explore British Columbia (BC), the westernmost of Canada’s ten provinces. Defined by its glaciated mountain ranges and Pacific coastline, BC is the kingdom of abundance. With thousand-year-old trees, glacier-fed streams that pour through steep valleys to join swollen rivers and rainforests that wrap cities – nature undoubtedly shapes culture here and offers massive rewards to those wild at heart. 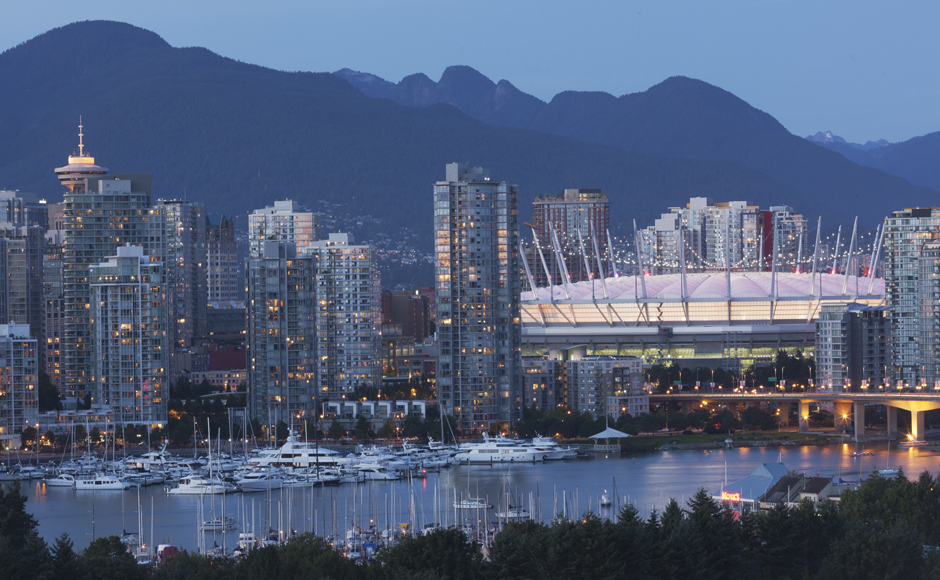 The majestic, nurturing landscape of BC has sustained our ancient societies for 10,000 years. And today, some of those settlements have grown into cities that cling to the edge of wilderness, and live within arm’s reach of nature’s richness. From world-renowned ski resorts, to taking a dip in crystal clear mountain lakes, to hiking to a glacier and back in a day – there is so much on offer and the question is where to start?

Vancouver: this city offers travellers both outstanding opportunities for outdoor adventure and the sophisticated amenities of a world-class city. Take advantage of the city’s ocean side location, with plenty of green space and many recreation activities in the mountains only 20 minutes north of downtown. After a busy day, linger over a glass of BC wine and a locally inspired meal, or unwind at one of Vancouver’s unique spas. This sea-level port city is known for its temperate climate and is one of the few places in the world where it’s possible to ski in the morning and sail in the afternoon. 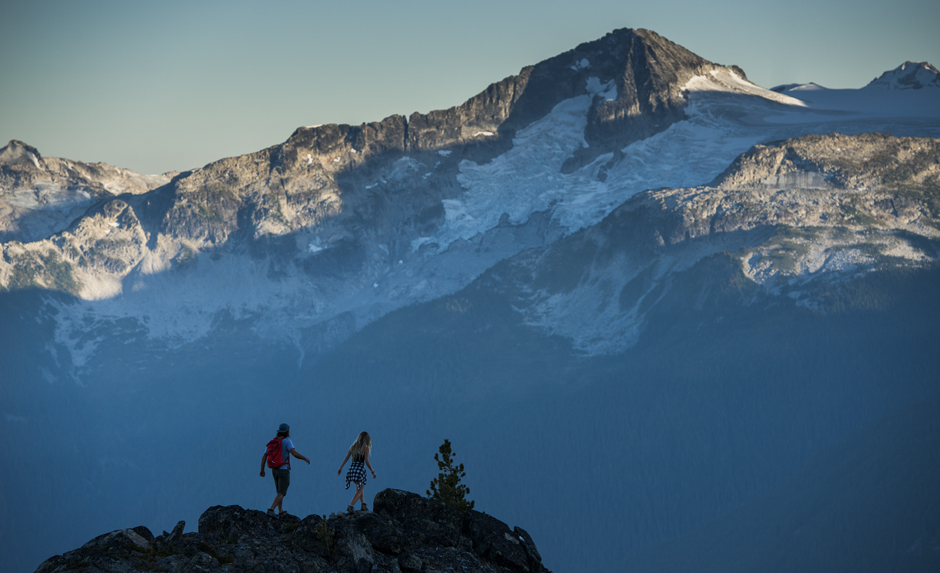 Just minutes from downtown Vancouver you can appreciate nature from the world famous Capilano Suspension Bridge. The 137 m long, 70 m high wobbly bridge has become a signature Vancouver landmark attracting visitors since 1889. Also, close by is Grouse Mountain with its Super Sky-ride which takes you high above the city to a mountaintop of adventure including hiking trails, helicopter tours, lumberjack shows, a wildlife refuge and much more. In winter, you can enjoy snowshoeing, mountaintop ice skating, sleigh rides and some of the best in local skiing and snowboarding. Grouse Mountain’s restaurants showcase some of the best of BC from fine dining at The Observatory to Altitudes Bistro.

For those that enjoy wine, there are more than 200 wineries in the province. They range from intimate, family-run vineyards on pristine Vancouver Island to magnificent estate wineries set amongst sparkling lakes and golden deserts in the Okanagan Valley. To complete a BC wine getaway, some wineries have accommodation, restaurants, bistros or picnic areas. Why not join fellow wine lovers at BC wine festivals or combine a winery tour with other activities including golf and cycling.

Whistler, is widely regarded as one of the top four-season resorts in North America. It offers exhilarating outdoor adventure and activities year-round with incomparable skiing and boarding, as well as golf courses, hiking trails, canoeing and kayaking to name a few. Whistler blends the charm of an alpine village with the amenities of an urban centre, the pedestrianised Whistler Village offers fine dining, vibrant nightlife, eclectic boutiques, revitalising spas and luxurious hotels.

Visiting British Columbia in this special anniversary year?  No-one gets you there faster or in more comfort than Air Canada.  The country’s largest domestic and international airline offers more direct, non-stop flights from the UK to Canada than any other carrier.  And, with eight decades of experience under its belt, Air Canada is North America’s only international network carrier to receive a Four-Star ranking, according to independent UK researchers Skytrax. 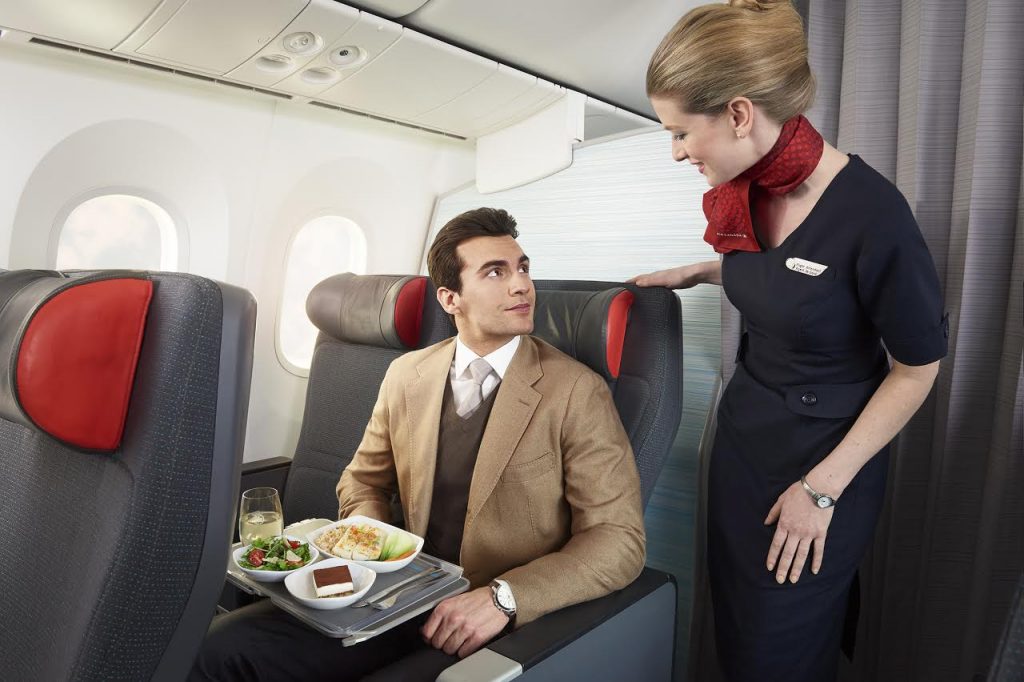 Winter sport enthusiasts travelling with Air Canada can also carry their skis/snowboards and boots at no extra charge, when travelling between Europe and Canada on flights from now until 30 April 2017. Baggage fees may apply for travel within Canada and on to other destinations. For further information please visit: bit.ly/travel-special-items.

Why not travel to British Columbia with a little extra comfort? Air Canada is the only North American carrier to offer Premium Economy seating with generous personal space, greater recline and an enhanced service.

On-board, Premium Economy passengers can enjoy a larger seat than Economy class with ample room to stretch out, a welcome beverage as they settle in, sumptuous premium cuisine – with complimentary wine and spirits as well as a personal amenity kit. Each seat also features an individual power supply, USB outlet and a personal touch-screen TV with hundreds of hours of top-rated on-demand entertainment. 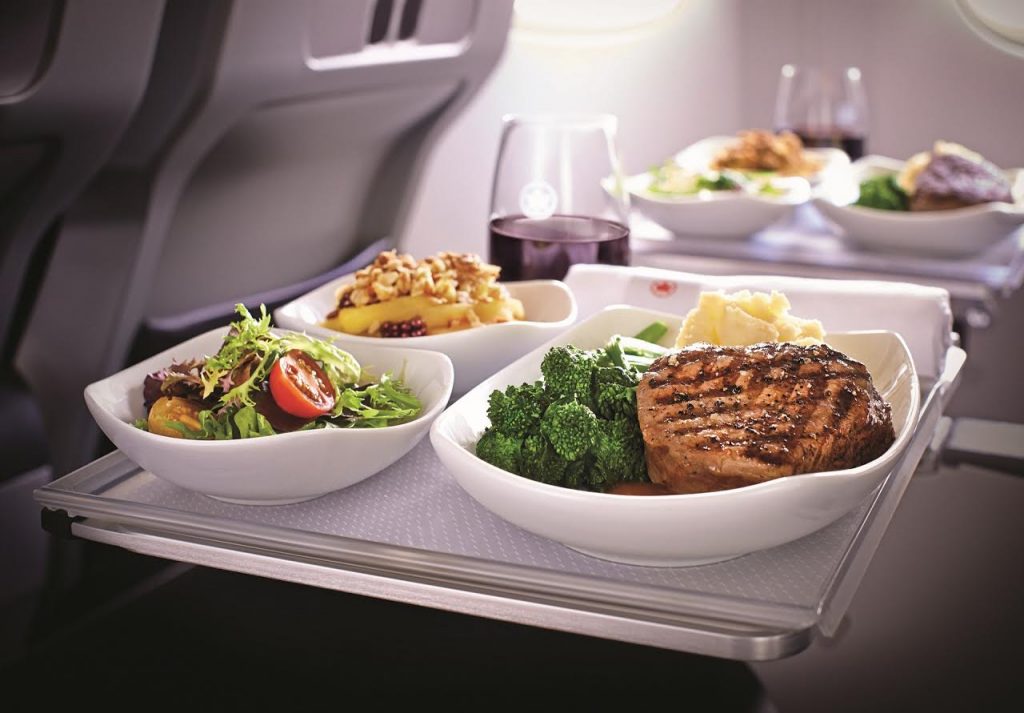 Premium Economy passengers also benefit from extra baggage allowance (two checked bags up to 23kg each) and receive a number of priority airport services including priority check-in and boarding.