Home / HEALTH / Age UK and the Malnutrition Task Force sound the alarm about the rising risk of malnutrition among older people during lockdown. 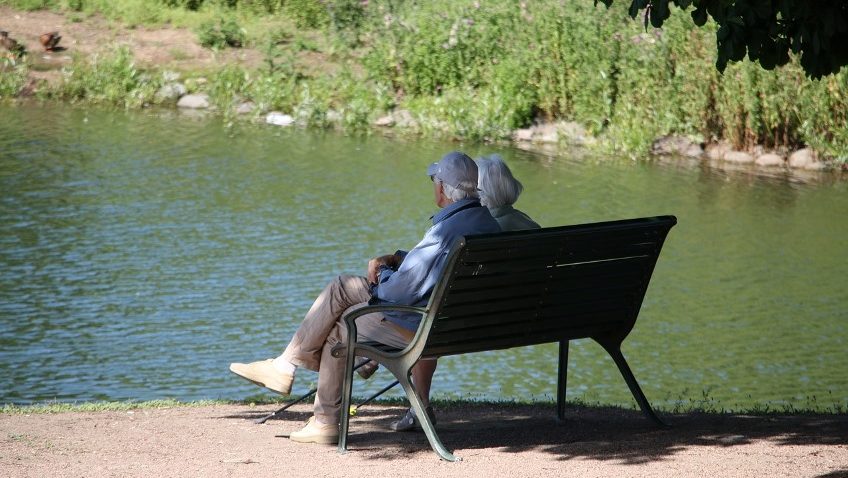 Age UK and the Malnutrition Task Force sound the alarm about the rising risk of malnutrition among older people during lockdown.

Age UK and ‘Dramatic increases in isolation and loneliness, combined with restricted access to shopping and reduction in essential care and support could leave many more older people malnourished or at risk of malnutrition’, warns Age UK and the Malnutrition Task Force.

Nigel is one of those people. He has no food in his house. He is scared to leave the house because of coronavirus and feels he can’t go to the shops. Nigel also isn’t online. He was recently discharged from hospital, but no longer gets any support at home. Nigel was told that food parcels would be delivered but has only received one some time ago. He is now out of food and has no family or friends who can help him.

This stark warning highlights the need for renewed efforts to identify and support older people who are at significant risk of malnutrition in the community.

There are nearly 9 million people over the age of 70 in the UK advised to “strictly adhere” to the social distancing rules, and 1.28 million people of all ages being told to shield and not leave the house at all so they cannot shop for essential food and products for themselves.

Becoming malnourished can have serious health implications for older people. It increases the risk of infection, worsens any existing long-term conditions and there’s a greater risk of falls. Being malnourished also makes it harder for people to recover from an episode of ill health, a particular concern during this coronavirus pandemic.

Despite major efforts across public and voluntary sector and amongst local communities, Age UK and the Malnutrition Task Force are receiving a growing number of reports that older people are going without the food and support they need to stay well during the outbreak.

Some of these harrowing issues include:
• older people being discharged from hospital with no food or support in place,
• people struggling to access social care support or manage without the informal help usually available from family and friends,
• and stress and anxiety about coping with on-going health and care needs causing people to reduce their intake of food and drink.

Age UK’s Information & Advice line is also receiving more calls from older people who are very worried about the virus, and in some cases are too anxious to leave the house for essential supplies. Many of these people seem to be falling between-the-cracks of the different support schemes operating in local areas.

Someone who is experiencing this is Ali. He has had a referral from his GP, but is waiting for help. He is in his 80s and has early signs of dementia. He has been told he must shield for the foreseeable future because he is at greater risk of contracting COVID19 and becoming really unwell. It is clear to Ali’s GP that he needs ongoing social care support as Ali struggles to cook for himself. Even though the local community is making sure he has shopping, he isn’t able to cook dinner with it.

Caroline Abrahams, Charity Director of Age UK said: ‘We know there are older people living on their own in the community who are running out of food and struggling to replenish their supplies, less because of lack of money and more because they are too frightened to go out, confused by the guidance, or because their usual support networks have collapsed as a result of a pandemic. These people are not on anyone’s list and in many cases they manage perfectly well during normal times. Typically they are not online and not inclined to ask for help. However, the pandemic has pulled the rug out from under them, so that their usual strategies for getting by day by day are no longer working. We need to do everything we do to reach these older people, who are otherwise at really serious risk of malnutrition and worse as the days and weeks of this pandemic go on.’

Local Age UK’s across the country, who are on the frontline delivering services for older people, have been reporting that some older people, in some cases those living with dementia, have been found without food or the support to plan, to cook and eat by themselves.

Dianne Jeffrey, Chair of the Malnutrition Task Force, said: ‘It is shocking that 1.3 million older people suffer from or are at risk of malnutrition in our country and we are extremely worried that this number is likely to rise during the pandemic.

‘We know that now more than ever, it’s essential that we are all eating enough to maintain our health and well-being and so reports that many older people are struggling without the usual social care support or support of families and friends to shop, cook, eat and drink are particularly worrying. Now more than ever, more needs to be done to ensure older people are getting the right help and support to remain nourished and hydrated. Malnutrition also makes it harder to recover from an episode of ill health which is particularly worrying during this pandemic. If malnutrition is not addressed, many of these people will eventually be admitted to hospital which is often the first time malnutrition will be identified.’

Before the current crisis, an estimated 1 in 10 people over the age of 65 were considered to be malnourished or at risk of malnutrition with the vast majority (93%) living in the community, and that figure looks set to rise. Tragically malnutrition is largely avoidable with the right help and support.

Age UK and the Malnutrition Task Force have advice on how to stay healthy and eating well on their website’s. Follow the links below: