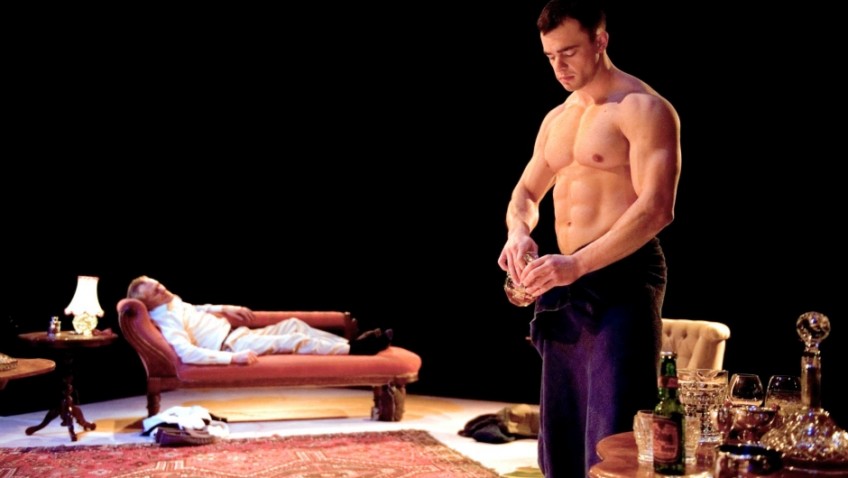 Actors stripped to the buff have a Whale of a time

Everyone knows Frankenstein; but the Frankenstein everyone knows was created not by Mary Shelley in 1818 but by Hollywood director James Whale and played by Boris Karloff in the 1931 classic film.

Whale took his inspiration for the monster’s iconic face from the nightmarish horrors he had witnessed as a soldier in the trenches during World War 1. Whale had made his name in London in 1928 when he had directed the first production of R C Sherriff’s war play, Journey’s End. His success took him to Hollywood where he made Frankenstein, The Bride of Frankenstein, The Old Dark House, The Invisible Man and Show Boat.

Whale died in mysterious circumstances. Gods and Monsters, which explores what might have happened (pure fiction), was made into a successful film in 1998 by Bill Condon with Ian McKellen and Brendan Fraser.

The script, literate and cerebral, drew a parallel between Frankenstein and his monster and Whale and his gardener.

Russell Labey’s play, also based on Christopher Bram’s novel, Father of Frankenstein, also concentrates on the end of Whale’s life when his career was over and he was sick and living the life of a recluse. He had suffered a stroke and was losing his mind. He wanted to die. The play opens with Whale being interviewed by a gay student, a horror film buff, who is easily persuaded to take off all his clothes. Whale was gay.

The question, then, is can Whale have a similar success with the handsome straight gardener? Can he get the hunk to pose in the nude whilst he draws him?  Whale has another agenda, besides sex.

Labey’s play is entertaining but it is not as good as Condon’s film. The first act, lasting 80 minutes, is over-extended and the final climax, on celluloid, is bungled. One way to speed things up would be to cut the flashbacks.

There’s a good cast.  Ian Gelder is very convincing as the obsessive-compulsive Whale. Will Austin, making his professional stage debut as the gardener, comes across as a soft-hearted, handsome, thoroughly decent, over-muscular chap.

Joey Phillips, a former Billy Elliot child actor, who plays the gay movie fan, is making his adult professional debut. Gods and Monsters is a very good show-case for both these talented young actors who both appear in the buff.