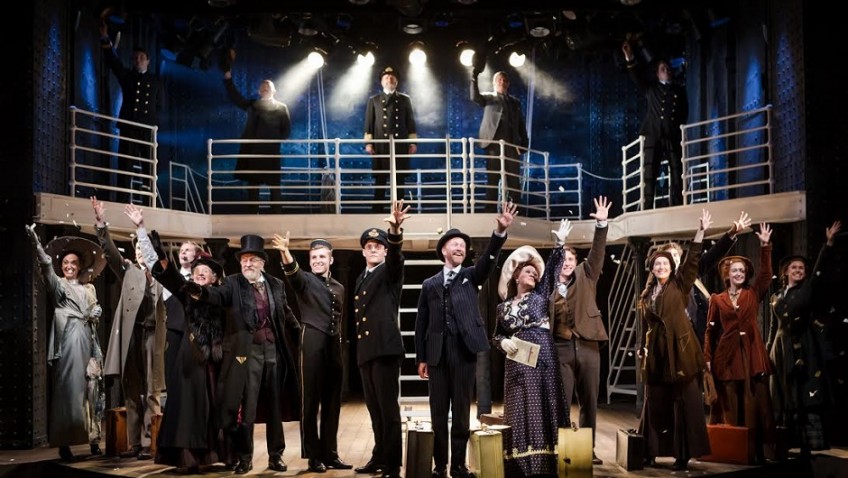 Do not on any account miss the outstanding Titanic musical

On 14 April, 1912 the “unsinkable” HMS Titanic on her maiden voyage from Southampton to New York collided with an iceberg. It is one of the great tragedies of the 20th century, a classic case of hubris: “God himself could not sink this ship.” 1517 men and women and children drowned. The story has been told many times, in books, notably by Walter Lord in A Night to Remember, on film and in theatre. There was an outstanding Broadway musical which won 5 Tony awards.

Thom Southerland is reviving his brilliant production of the Broadway musical he directed at Southwark Playhouse in 2013. Once again he achieves miracles with a large cast on a small stage.

The emotional impact of Titanic is undiminished. The operatic choral opening, superbly sung, gets the musical off to a memorable start. Maury Yeston’s score soars.

The book by Peter Stone emphasises the rigid class divisions of the era and gives a cross-section of society from millionaires to Irish immigrants.  Many of the characters are based on actual passengers and crew.

Bruce Ismay (David Bardsley), owner of the Titanic, emerges the villain, insisting the liner should throw caution to the wind and go faster. There is a first-rate dramatic confrontation between him and the Captain (Philip Rham) and the architect (Sion Lloyd) when they blame each other for the disaster.

The musical, essentially serious, deeply felt and full of compassion, ends with a dignified tribute to all those who died.

It’s a great show with a fine ensemble. ENO should invite Southerland to direct a full-scale production at the Coliseum.