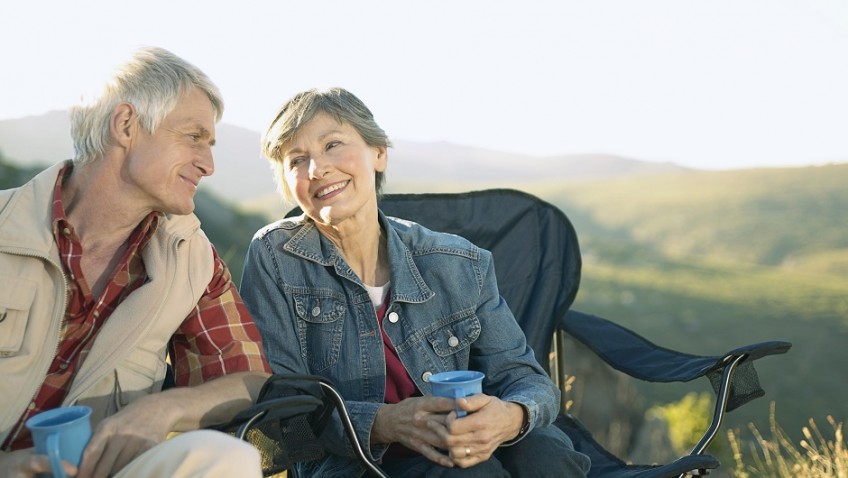 7 Ways to boost your mood as the clocks go back

“As the nights draw in and the days become shorter, many of us start to notice a drop in mood”, says Nutritionist Angela Dowden, “experts believe low moods can be linked to reduced exposure to sunlight, which affects the hormones serotonin and melatonin, which regulate mood, sleep and appetite.”

With this is mind, it’s no wonder that many of use begin to suffer from ‘wintertime blues’ when the UK returns to GMT as we reach autumn; while the clocks going back tends to see people celebrate the prospect of an extra, guilt-free hour in bed, it is usually short lived when the sun goes down just before tea-time.

Here are 7 ways you can make the most of the time-change and boost your mood in the process!

Much as temptation strikes you, sleeping in will only shorten your day even more. Go to sleep at the same time you usually would but set your alarm one hour earlier than normal; you won’t lose out on sleep, and you’ll gain an hour of sunlight rather than darkness.

Don’t fancy going for your evening walk or run in the dark? Make the most of lighter mornings by working out in the morning instead. Morning workouts have been found to lead to better night’s sleep and weight loss, according to a study from the Appalachian State University. Research shows that exercising in the morning speeds up your metabolism which can lead to weight loss; “you’re going to start your day with your metabolism revved up, [meaning] you’ll burn through the food you eat during the day, rather than the evening”, says Monica Nelson, American council on exercise, certified trainer. “You’ll also usually feel so good that you’ll want to refuel with good food”, says Nelson, which will help improve or better maintain a healthy diet.

Low levels of vitamin D have been linked to mood disorders, according to some studies. Often referred to as the ‘sunshine vitamin’, vitamin D is naturally produced within your body, though shorter sunlight hours often mean we can’t produce enough to combat mood swings, while those over the age of 60 produce four times less vitamin D compared to those in their 20s. In order to boost your vitamin D levels during the winter months, you might consider consuming more oily fish, (which is naturally high in vitamin D), or taking a supplement such as Super Strength Vitamin D3, £10.95 for 240 tablets, available from www.healthspan.co.uk.

“Research shows that keeping warm can reduce the winter blues by as much as 50 per cent”, says Angela, “up your heat by having plenty of hot drinks, wearing warm clothes and shoes, and aim to keep your home between 18oC and 21oC (64oF and 70oF).

Although avoiding harsh weather storms and keeping warm is a great way to boost your mood during the winter months, it is absolutely no excuse to be a recluse. Embrace the shorter evenings as a chance to try something new; consider joining an indoor exercise class, such as Zumba or Yoga, to replace you evening run or walk. Get enough exercise during the week? A craft class just in time for Christmas will boost your creativity levels, or you might prefer to volunteer at a local charity such as Help the Homeless to keep your spirits up. Visit www.help-the-homeless.org.uk for more details. Whatever you choose to do in the evening, it’s also vital to spend as much time as possible outside during the day to increase your good mood and keep your skin healthy as constant exposure to central heating can cause dry patches.

A common sign of low mood is a craving for sweet or stodgy moods, which may be the body’s attempt to normalise deficient levels of serotonin in the brain. To stabilise blood sugar and keep cravings under control, you may want to replace indulgent foods with small but regular portions of slow releasing (lower-glycaemic index) carbohydrates, such as whole-wheat pasta, sweet potatoes and grainy breads. Balancing these with protein-rich foods such as lean meat and fish, will leave you feeling fuller for longer, and reduce those cravings.

For a traditional supplement choice consider any one of these herbal remedies available from www.healthspan.co.uk, though consult a medical professional beforehand if you are currently taking any other medications.

St John’s Wort – a well-accepted treatment for those suffering with mild-to-moderate depression, St John’s wort is one of the most popular treatments for low mood.

5-HTP – 5-HTP is thought to increase levels of serotonin, the ‘happy hormone’.

Ginseng – a favourite amongst herbalists, ginseng may help to boost energy and vitality.

Don’t forget! This year the clocks go back on October 25th at 2am