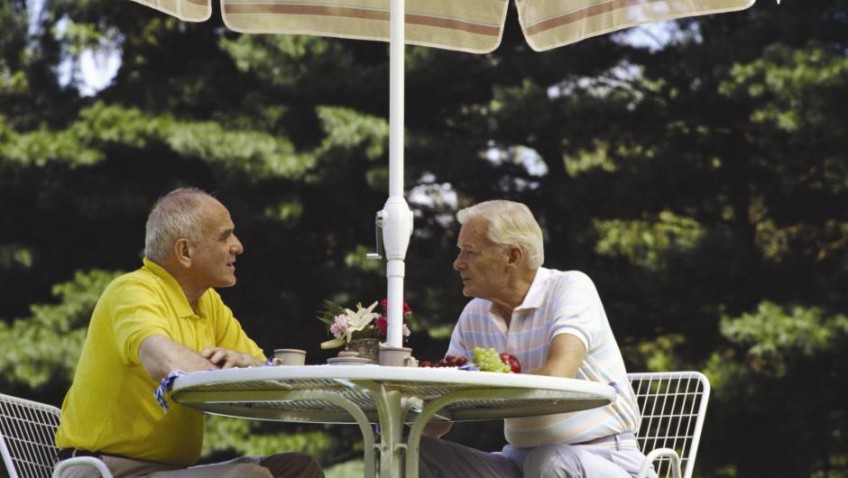 Too much pollution and not enough sunshine may raise the risk of developing dementia, according to new research.

They are among a string of everyday environmental factors contributing to the mental illness that affects about 850,000 Britons.

The shortlist includes exposure to traffic and factory fumes and insuffient vitamin D although the evidence is not yet sufficient to draw solid conclusions, say scientists.

Pesticides and minerals found in drinking water may also be damaging people’s brains.

Dr Tom Russ, of the Alzheimer Scotland Dementia Research Centre at the University of Edinburgh, said: “Our ultimate goal is to prevent or delay the onset of dementia.

“Environmental risk factors are an important new area to consider here, particularly since we might be able to do something about them.”

Future research should focus on their shortlist, which points to the factors that show at least moderate evidence of a link.

A study of more than 19,000 women living in different parts of the United States suggested smog and other air pollutants may contribute to memory loss and dementia.

The former nurses in their 70s scored lower on tests of memory and thinking if they lived in areas with the worst quality air than cleaner areas.

Air pollutants contain chemicals and metals that become suspended in the air.

Fine particles may be particularly damaging, possibly penetrating into the brain. Sources of such emissions include cars, diesel powered equipment and industrial processes.

In earlier studies levels of beta-amyloid, a toxic protein that builds up in the brains of those with Alzheimer’s, were higher among residents of polluted cities.

Exposure to black carbon, a product of traffic, over the previous one to 11 years has been linked to worse cognitive function in a study from China.

Animal studies have recorded higher levels of brain inflammation in animals exposed to polluted air. Increasingly, scientists believe that inflammation may play a role in Alzheimer’s.

Meanwhile, a British study of 1,658 over 65s found those with very low levels of vitamin D in the blood were more than twice as likely to develop dementia.

Dementia is known to be associated with lifestyle factors such as high blood pressure in middle age, smoking, diabetes, obesity, depression and low educational attainment, as well as genetic factors.

But these leave around a third of dementia risk unexplained, so Dr Russ and colleagues sought to determine whether other issues are at play, including the environment in which we live.

They reviewed dozens of previous studies that have considered the issue and found a lack of vitamin D, which is produced by the body through exposure to sunlight, and exposure to air pollution were implicated.

Occupational exposure to some types of pesticide and excessive levels of minerals found in drinking water may also be linked to the disease but the evidence was mixed.

Dementia is a major global public health crisis that is expected to grow as people live longer.

Almost 47 million people live with dementia worldwide and this is predicted to increase to more than 131 million by 2050. By 2025 the number of cases in the UK is expected to reach a million.

Estimates indicate the disease costs the UK more than £26 billion annually and worldwide dementia care costs exceed the market value of Google or Apple each year.

There is a growing consensus among doctors a significant proportion of cases could be prevented or delayed by addressing environmental factors linked to the disease.

The team behind the latest research says future studies should focus on the short list of environmental risk factors flagged up in their study published in the journal BMC Geriatrics.

“But we really need more research to find out whether these factors are actually causing dementia and how, and if so, what we can do to prevent this.”

Jim Pearson, director of policy and research at Alzheimer Scotland, said: “We welcome the findings of this important area of research from our colleagues at the Alzheimer Scotland Dementia Research Centre at the University of Edinburgh.

“The research study substantially improves our knowledge and understanding of environmental factors which may increase the risk of developing dementia and provides a basis for further, and more focused, research in this area.

“Dementia is a global public health priority. There are 90,000 people living with dementia in Scotland and the number is on the rise.

“We need much more research into the causes of dementia, treatments and supports that allow people to live well with dementia as well as the prevention and cure of dementia.”