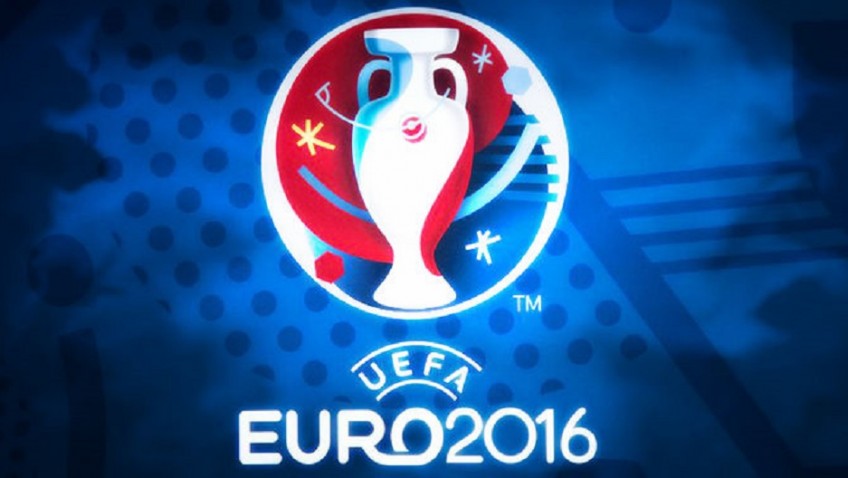 Worried you’re going to KANE the booze? Don’t BALE out…

What are the odds?

At 3-1, host nation France are the favourites. (For Welsh readers, 3-1 is also the odds on Wales beating England in their group match.) In health terms, these are about the same odds as on you getting cancer at some time in your life. (You can tip those odds in your favour by eat­ing well, avoiding alcohol a few days a week, exercising, getting some sleep and not smoking.)

At 4-1, Germany are second favourites – that’s the about the same odds as on a man dying before the age of 65. (Yep, one bloke in five dies before he’s old enough to retire.)

England have odds of 9-1 – about the chances of the average American getting type 2 diabetes.

So following the tips in this survival guide won’t just help you survive the Euros, they’ll help you tip the odds in your favour for the future too.

You might be a gambler but don’t gamble on your health. It’s not just you who loses – your family and friends do too. Get off the bench

Unless you’re the substitute goalkeeper (or a blanket), warming the bench is not good for you.

A sedentary lifestyle – better known as sitting on your backside a lot – is dangerous. Human beings are de­signed to run about (although it is rumoured that the Arsenal midfield have a special exemption from the Pope.)

Australian research even suggests that every daily hour spent in front of the TV increases the risk of heart dis­ease by 18%.

Get off the couch and go for a walk at half- and full-time. (This will also enable you to avoid those shocking ads with Ray Winstone.)

Top managers live or die on the quality of their substitu­tions. Make some smart ones of your own when choos­ing the football takeaway.

Italy are in the group of death with Belgium, Ireland and Sweden. Make sure you’re still alive by the end of it by choosing your pizza wisely. Opt for veggie toppings. (Five a day is not just the number of training sessions prescribed by Mauricio Pochettino.) Try a pizza without cheese and drop the garlic bread – pick Bruschetta in­stead. (That’s toasted ciabatta with tomatoes and herbs not Italy’s left back.)

Hapless former champions Greece finished bottom of the qualifying group topped by Northern Ireland. So the dangers of too many kebabs are pretty clear. Choose shish (the skewered meat) instead of doner (the recon­stituted stuff) with brown pitta and salad.

Burgers are like a manager’s final instructions to the team – best kept simple. Have a grilled burger with sal­ad, tomato and a little relish in a wholemeal bun. Avoid the creamy dressings, cheese, bacon and anything battered or breaded.

You can easily make what they serve outside Portuguese footie grounds at home. Marinade thinly sliced beef or pork as long as possible in white pepper, white wine

and garlic. Pan fry in a splash of oil for a minute or two and put between two slices of bread. Cristiano Ronaldo won’t eat anything else after a long hard 90 minutes moaning at his less talented team-mates.

This reduces the risk of you ordering the double deep-fried fat ball with cream and sugar. (The same applies to betting by the way. Just one drink can cloud your judge­ment leading to a bet on England.)

Spain lost their first game at the 2010 World Cup but still won the tournament.

‘It’s a marathon not a sprint’ (© all football managers) so follow our drinking rules and you won’t make too many misplaced passes or lose your shape in the last third:

The NHS advise men not to drink more than 14 units of alcohol a week. (Yes, that is less than it used to be so choose wisely! England’s manager Roy Hodgson has five strikers but quality is far more important that quantity – the same applies to your Euro tipple.) Sitting in front of a screen all day can make it difficult to get to sleep later on. But loss of sleep – even a few hours for a few days – affects mood and judgement.

A short nap can improve your mood enormously (per­haps someone could mention it to Mark Lawrenson) and give you a boost without affecting your night’s sleep. (It can also help your memory enabling you to remember the excuse you gave your boss for nipping off early to catch the 5pm kick-off.)

Nap for 20-30 minutes (about the same amount of time it usually takes the opposition to realise that England are not as good as they thought.)

How to deal with the inevitable

The best preparation for supporting England at any foot­ball tournament is a lifetime supporting Tottenham Hotspur. (The side that this season came third in a two-horse race.) But if you haven’t had the benefit of this thorough apprenticeship in humiliation, here are some tips to beat depression if and when your team gets knocked out:

It could be worse. There are now 24 nations in the Eu­ropean Championship but Holland, the home of Johan Cruyff and total football, still couldn’t qualify. (And they claim it was the smoking that killed the great man.)

How to survive a penalty shoot-out

The day England lost to Argentina on penalties in 1998, male hospital admissions for heart attack increased by 25%.

On the day Holland were knocked out of Euro 96 on pen­alties by France, male heart attacks increased by 50%. In that game, the Netherlands missed just one penalty. Imagine the carnage after the semi-final of Euro 2000 when they missed five penalties against Italy. They were also knocked out on penalties at the last World Cup and all told have lost four out of the five shootouts they’ve appeared in in major tournaments. Perhaps the reason they didn’t quality this time was that there just weren’t enough people still alive to select from.

Here’s the thing: getting angry about losing a penalty shoot-out is like getting angry at the rain for raining, the birds for singing or a defender for clogging Gareth Bale. It’s going to happen. Even Germany only have win-per­centage of 71%. (England’s is 17%!)

Then be pleasantly surprised if they don’t. It’s a glass half-full, glass half-empty thing.

One man in five will die before the age of 65. The Men’s Health Forum is the UK charity working to change that. This guide is online at:www. menshealthforum.org.uk/euro2016