Home / NEWS / The wonder of nature 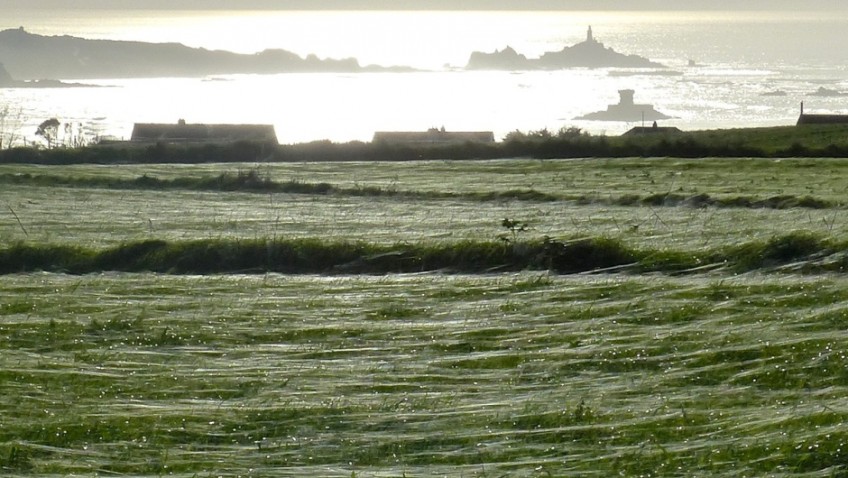 The wonder of nature

Thousands of ephemeral spider webs cover the countryside with a gentle blanket in a spectacular show of nature.

This stunning sight appeared on Jersey at the weekend where unseasonably high temperatures of 16C stirred a multitude of money spiders. Spider webs in Jersey in December 2014

Each spun a tiny web – called gossamers – to migrate from one place to another and together they formed this beautifully delicate display.

Local environmentalist Mike Stentiford said is was extremely rare to see the webs appear over such a wide area.

He said: “It is just literally squillions of tiny money spiders and it is their way of moving from one place to another.

“We normally get it in one or two fields but it seemed to me that the whole of the island was absolutely covered with it. It was absolutely amazing.”

Book-keeper Sue Le Couilliard, 60, was driving through the Trinity area of the island on Sunday when she came across an entire road covered in webs and spiders.

She stopped to take some photographs and said: “It was just amazing.

“They were all across the road, and across two or three fields where I was.