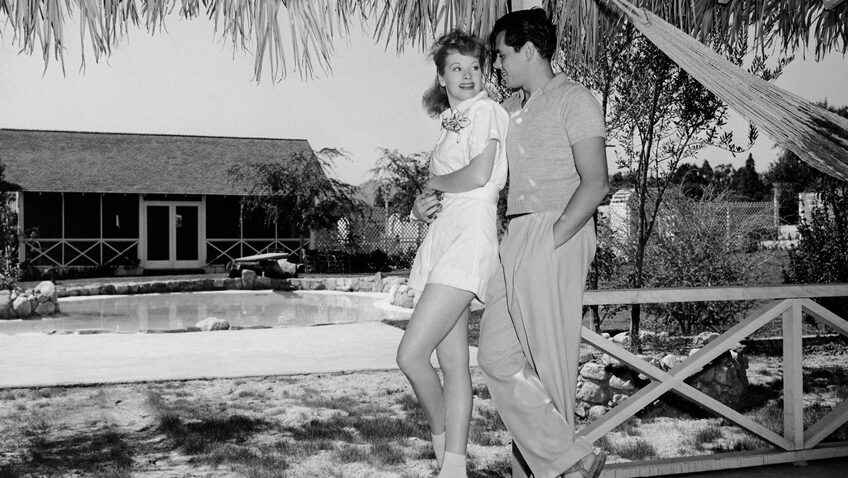 With hilarious clips, fascinating insights and historic contextualisation, this documentary complements Aaron Sorkin’s Being the Ricardos

Being the Ricardos, Aaron Sorkin’s 2021 drama starring Nicole Kidman and Javier Bardem, about the couple who created the legendary sitcom, I Love Lucy, was frustrating. It dangled before us enough about the couple, and issues of sexism, racism and politics in TV’s early years, to pique our interest, without satisfying it.

Now Amy Poehler’s (with writer Mark Monroe) initially plodding but increasingly engrossing documentary fills in all the gaps, fleshes out the real-life players, and contextualises their accomplishments historically and artistically. The film also provides fascinating insights that help us appreciate this incredibly dynamic duo.

On the issue of racism, In 1949, with the advent of television, CBS wanted to do a pilot based on Lucille Ball’s radio programme My Favourite Husband – her foray into comedy – but Lucy’s consent was contingent on Desi co-starring, as they wished to start a family. CBS balked, as a mixed-race couple on national television was unheard of in 1949. Desi had the idea of taking Lucy on the road with him to prove the network wrong. The glowing reviews convinced CBS to take the plunge.

Sexism was rife. Lucy fell pregnant at the end of their first, successful season of I Love Lucy, and the network wanted to delay the second. Due to the couple’s insistence not to mention the phenomenal Nielson ratings and an Emmy, the show continued with a pregnant Lucy, but the word pregnant was never mentioned.

As for the politics, the documentary complements Sorkin’s film, explaining the dramatic story of how, with Desi’s brilliant diplomacy, press relations and financial muscle, Lucy beat the Communist (a vestige from her grandfather) rap with J Edgar Hoover himself clearing her on live TV. After the announcement, the show went on.

Two of the top, trail brazing female comediennes of the late 20th century, Carol Burnett and Bette Midler – both of whom are repaying personal debts of gratitude to Ball who mentored up-and-coming talent late in her career – appear throughout the film. They remind us that in the 1930s and ‘40s there were almost no female actresses, particularly pretty, dramatic actresses like Ball, brave enough to make themselves look ugly or silly, and do physical comedy. Fantastic clips illustrate to what extent Burnett’s statement, “she was fearless in her comedy” is true.

Ball is never mentioned in the same league as Charlie Chaplin or Buster Keaton, but Keaton taught her about physical comedy and the importance of props. Since Desi’s finance plan only allowed one take (Chaplin needed dozens), Lucy perfected her routines in hours of gruelling rehearsals. Ball’s fame, creative instincts and wealth rivalled Chaplin’s – at least in the television world.

We see how brazenly topical skits mirrored the couple’s married life in ways that the live and TV audiences of up to 20 million viewers responded to. If the narrative skirts the issue of Desi’s infidelity (their daughter, Lucie Arnaz Luckinbill, says only, ‘my parents hurt each other – him with his action, and her with words’, a skit in which a journalist interviews an initially blasé Lucy about her concerns with a handsome husband on the road, is more revealing.

Lucy’s narrative of her early life, as recorded on 20 audiotapes that the filmmakers discovered, differs from other factual versions. But there’s common ground that Lucy’s father died aged 27 when Lucy was three and her mother was pregnant with Fred. The two children went to live with their puritanical grandparents in upstate New York. Fred recounts a hunting accident that for which their “kind” grandfather was unfairly sued, and the family was uprooted. Lucy seems to have rebelled.

By 1928, aged 17, Lucy, with a protestant work ethic, was making her way in New York City, not as a showgirl, at which she failed, but as a model, and then actress. With a lucky break, she was sent to Hollywood where, with hard work, curiosity about how the business worked, and dramatic looks (red hair, big blue eyes, pale skin, good features and a great body) she became the Queen of the B (movie).

Meanwhile, Desiderio Arnaz, the Cuban nightclub singer and drummer, who learned the business in Miami from the famous Spanish bandleader Xavier Cugat, was gaining a reputation as the King of Rhumba. With his good looks, he briefly crossed over into film with Do the Conga and then 1940’s Too Many Girls. Later, daughter Lucie reveals her father’s more secretive origins as the son of politicians connected to President Machado and heir to the Bacardi Rum empire, who escaped the revolution with just the shirts on their backs. Desi, suddenly a penniless refugee at 14, never felt at home anywhere else.

In 1940, Ball was cast as an ingenue in Too Many Girls and caught the eye of her co-star, who gasped, “Oh man, what a hunk of woman,” when he saw her. Desi asked her out with the line, “How would you like to learn the Rhumba?” She did, and after a whirlwind courtship (we see some terrific home movies) they married.

For the first nine years of their marriage, between the army and Desi’s touring, they were only together six months. Still, they wasted no time bringing their respective families to live with them. They each supported their mothers for the rest of their lives. After so long apart, Lucy and Desi wanted to do I Love Lucy in order to remain together in Hollywood and start a family, which was always their intention.

Poehler shows us a shot of the original 1948 television pilot script for I Love Lucy written by Jess Oppenheimer (the lead writer for Fanny Brice’s The Baby Snooks show until she split with CBS over pay). The film credits other pioneers of early television like writers Madelyn Davis and Bob Caroll Jr. and Marc Daniels who directed the first 38 episodes of I Love Lucy, America’s number one programme.

The irony is that the success of the show designed to hold the family together, drove them apart. The film spends ample time on the couple’s linked careers after the end of the sitcom – and their marriage. Lucy, with Vivian Vance (who played Ethel in the show) pioneered another controversial sitcom about two single women with children living together. Both Lucy and Desi had long, happy second marriages.

Desi, while drinking heavily to escape the pressure from 70-hour work weeks, became one of the top creative producers in America. Through the couple’s teamwork, five years after pioneering multiple film camera live studio filming with I Love Lucy, Desilu Studios, bought RKO Studios, and gave us the original Star Trek, Mission Impossible, The Untouchables, the Dick Van Dyke Show and more.