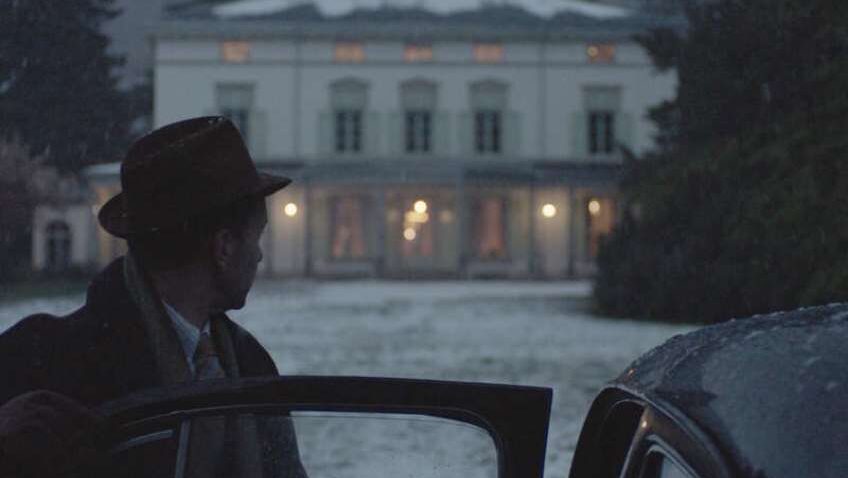 Will this engrossing, biographical documentary change your view of Charlie Chaplin?

The great achievement of Peter Middleton and James Spinney’s engrossing documentary is that even when we learn about the real Charlie Chaplin, we keep seeing his great creation and alter-ego: The Tramp. And this might explain why, even after Kenneth Anger revealed some ugly truths about Chaplin in his book Hollywood Babylon over 60 years ago, we still see Chaplin as that endearing, childlike vagrant with the beseeching eyes, the tattered clothes, the duck walk; the homeless, egoless little man with the big heart – and uncanny survivor instinct.

This cradle-to-grave narrative reveals many admirable and many disgraceful character traits in the quest to find the real Charlie Chaplin. The technique the directors use to detract from the negative revelations is Chaplin’s immense talent, seen through dozens of fabulous film clips. The directors do what Chaplin did: let the driven movie mogul with a taste for young girls vanish behind the directionless, unassertive nobody that belonged to everybody – and made everybody laugh.

Like Charles Dickens, Chaplin’s childhood poverty in Southwark, London, and the demoralising experience of the workhouse at age 7 when his parents, musical hall performers, could not provide for him, fuelled his determination and ambition. With his father drinking himself to an early death and his syphilitic mother condemned to a mental asylum, Charles left school at 13 and followed his parents to vaudeville.

At age 24 while on a second tour of the States, Chaplin was recruited by Keystone Studios to replace one of the departing Keystone Cops. Mack Sennett, who originated the slapstick pie-throwing series, was his boss. His first appearance in front of the camera did not make waves, but his second, in February 1914 did. With Kid Auto Races at Venice when the Tramp first appeared on the screen in an outfit Chaplin had chosen and stared at the audience, Chaplin was a star.

The film quotes from his autobiography about how he selected the costume are contradiction itself. The coat was tight; the trousers baggy. The hat small; the shoes large. He added the moustache to hide his age without hiding his expression. Then Chaplin gives us the key to his dependence on the Tramp: ‘the moment I was dressed, the clothes and the makeup made me feel the person he was. I began to know him, and by the time I walked on stage he was fully born.’

This is not entirely true, and one of the film’s shortcomings is that it is spread too thin to analyse how the character of the Tramp evolved over time, and with the Zeitgeist. When Chaplin came under attack, the Tramp became more sympathetic.

In 1915 and 1916 Chaplin began writing, directing and then producing multiple short films). His popularity was worldwide. With silent films such as The Immigrant the Tramp – who has no country, speaks no language, blurs gender and sexuality and sends up class – spoke to everyone. His only agenda was to make people laugh.

Behind the scenes, Chaplin is not a tramp but a businessman. By 1919 he had formed the production/distribution company United Artists, although the film skims over this and his relationship with Mary Pickford and Douglas Fairbanks Jr. This gave Chaplin more freedom and control and added another layer of revenue (he was already producer, writer, director and soon, editor and composer) to his films. The longer masterpieces such as The Gold Rush and The Kid are the result.

Four years after sound pictures became all the rage in 1927, Chaplin took a huge risk in shooting the sentimental silent movie, City Lights (1931). As The Real Charlie Chaplin shows, the production was fraught with problems as Chaplin tried to figure out why his script wasn’t working. But with its theme of the chance nature of wealth and poverty, it both caught the mood of and offered escape from the great Depression outside and was a big hit.

But already Chaplin’s womanising was interfering with his filmmaking – though not in the times in which he lived, his popularity. Chaplin’s first marriage was to 18-year-old Mildred Harris although they began sexual relations when she was 16 (and he, 27). They divorced after their three-day-old baby died after a year of marriage. Lita Grey was the “flirting angel” in The Kid at age 12, but by 15 as he cast her in The Gold Rush, she was pregnant. To avoid a possible prison sentence when she was 16, and he 35, they married. They had a second child 10 months after the first in 1926.

Their bitter divorce settlement, the largest on record at the time, with Grey’s lurid accusations about her husband’s cruelty and sexual life, made headlines. Yet in 1925 Chaplin was the first actor to make the cover of Time Magazine. At 42, he began a relationship with 21-year-old Paulette Goddard (who co-starred in Modern Times) and married her around 1936 during a tour of China. She lasted until 1942.

The Great Dictator was Chaplin’s last hurrah. In a dramatic scene, he speaks for the first time in a (rather posh) British accent, using his dark anti-Hitlerian satire to condemn anti-Semitism, racism and authoritarianism. His socialist sounding rallying cries attracted the attention of J Edgar Hoover who, aided by gossip columnist Hedda Hopper, succeeded in damaging his public reputation. The irony is that Chaplin, the rich, unindoctrinated individualist, was hardly Communist material.

Perhaps his most disturbing relationship was his marriage (1943 until his death in 1977) to Shadow and Substance actress Oona O’Neill (Daughter of Pulitzer Prize winning playwright, Eugene O’Neill). They eloped when she turned 18 to avoid the publicity from ex-girlfriend Joan Barry’s paternity suit. Their marriage, and her production of eight children (the last was born when Chaplin was 73) coincided with Hoover’s Communist witch hunts. As the family sailed to the European premiere of Limelight in September 1952, Chaplin’s citizenship was revoked. Thanks in part to Oona’s trips to America to help sort out his affairs, he purchased a large, lakeside estate in Switzerland, isolated, but living well on the sale of his share of UA, royalties and his property. Daughter Jane Chaplin recalls being afraid of her father who could not be wrong. The world revolved around dad, but when the camera was on him, he was still the clown. Sadly, there is no probing behind the relatively long marriage and you wonder if Oona was a long-suffering martyr or Charle’s reformer. She destroyed much of her autobiographical writing and drunk herself into oblivion.

But here’s the thing. Even after Chaplin and his controlling, misogynistic personality are stripped down to size (he was only 5’ 4’’ tall) in The Real Charlie Chaplin, it is impossible not to see him as the guileless, sexless Tramp or as early 20th century Hollywood’s most courageous and creative actor and filmmaker.