Home / LIFESTYLE / REVIEWS > / FILM REVIEWS / With Anthony gone, there is a hole in the film that Julie cannot fill. 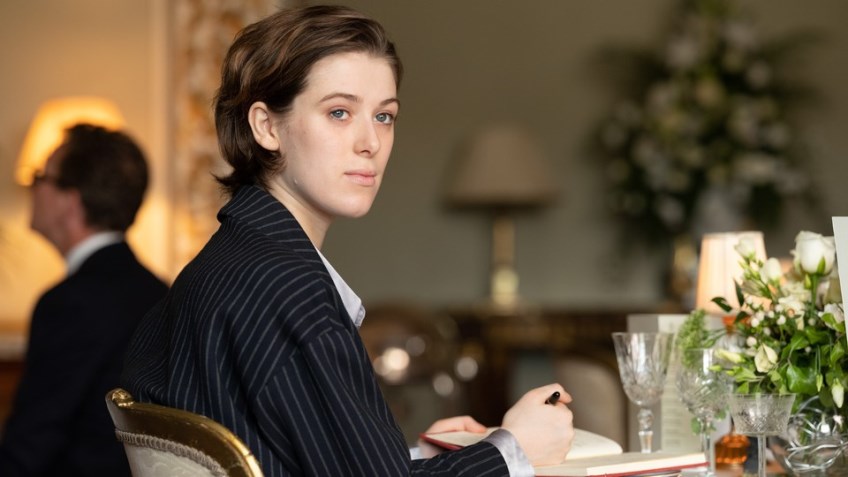 With Anthony gone, there is a hole in the film that Julie cannot fill.

Joanna Hogg’s The Souvenir II is intricately linked to 2019’s The Souvenir, not only by the locations, sets, 1980’s costumes, and many of the cast members, but by all their interconnecting references. The Fragonard painting entitled The Souvenir in London’s Wallace Collection appears in both films; a pot that Julie (Honor Swinton Bryne) brakes in The Souvenir II and the pot’s creator, Julie’s mother Rosalind (Tilda Swinton), enquiring of Julie’s well-connected boyfriend Anthony (Tom Burke) about pottery classes in the first film. Original, humorous, tragic, mysterious and romantic, the autobiographical The Souvenir is so uncanny in its depiction of first love, emotional manipulation and complicity that it becomes universal. It is a hard act to follow and The Souvenir II feels anticlimactic.

Hogg wrote and directed her first feature film, Unrelated, at age 47, after working as a photographer, music video director and television director. Although The Souvenir and its sequel are based on a relationship when Joanna was starting at the National Film and Television School in 1982, it took thirty years for her to tackle the subject.

The reason for this cinematic arrested development is intimated in this two-part film and his name is Anthony, perhaps the most fascinating character of any film of 2019 and perhaps of 2022 as well. The two-part film is a Bildungsroman: Hogg’s souvenir of the relationship between the naïve film school student she recalls with the charming, intelligent, heroin addict with cultivated tastes, a penchant for freeloading, and a mysterious job at the Foreign Office.

Anthony starts and ends (literally) in the Wallace Collection. He contacts Julie with a note slipped under the door of the Knightsbridge duplex that belongs to her parents,’ Rosalind and William (James Spencer Ashworth) as they now live in a comfortable country pile with three hunting dogs. The Souvenir films are really a chronicle of what the impressionable, sheltered Julie learned from Anthony, what he took from her and how their relationship affected her in the short and long run.

The plot of The Souvenir II begins exactly where The Souvenir leaves off. Julie is in shock and mourning and her mother (Swinton, Honor Bryne Swinton’s real-life mother, is excellent) recognises Julie’s fragility. Soon Julie does some sleuthing, trying to understand what happened and who Anthony really was. She visits Anthony’s parents, a woman with whom he shot up and his psychiatrist. She interrogates her own mother about a last breakfast with Anthony.

As her quest for answers continues, in a parallel quest for intimacy, Julie has a mechanical one-night stand and then invites a compassionate, encouraging editor (Joe Alwyn) to her place for a nightcap, only to learn he is gay. Throughout, she pays increasingly short visits to her discreet parents who walk around her on egg-shells. When Rosalind sees Julie vomiting in the toilet she runs away on tiptoes.

The rest of the film is preoccupied with film school in which Julie is warned by the male, middle-aged, tweedy tutors that the school cannot support the unprofessional script in its current format. She borrows £10,000 from her mother – this time the borrowed money will go toward the film and not to Anthony.

After a haphazard casting process, Julie comes under attack by her crew (fellow film school colleagues) for her disregard of budgetary constraints, her lack of shot lists, lack of direction and her impulsive decisions. Are these the signs of a novice filmmaker or one trying to heal a raw wound through the process of filmmaking?

At the beginning of The Souvenir Julie tells Anthony that she is writing a script about a Sunderland council flat born-and-bred boy’s strong relationship with his dying mother. He encourages her to rip it up and write about what she knows. So do the tutors, but here they ask what happened to the Sunderland film: they point out that the characters in her new script “do not seem to relate you.”

Most films about filmmaking that include films within films are tedious, and with the exception of the entertaining Patrick (real life actor/comedian Richard Ayoade) whose uncompromising tirades about his film – a retro musical that Julie admires – get him thrown out of the editing room, this is no exception. The satire on film schools continues with her father proposing, ‘maybe you should work on the farm for a while.’

On their first date, (in The Souvenir) Anthony introduces Julie to French Rococo artist Fragonard’s painting, The Souvenir, in which a young girl in a satin dress receives a letter from her lover, and, in response, carves his initials in a tree. In some ways, Anthony, to whom Julie/Joanna dedicates her film, seems to inhabit that world. When, toward the end of The Souvenir II, we watch Julie’s student film through her eyes, we do not see the neo-realist version we saw her making throughout the film, telling the baffled (and miscast) actors to do something, “because that’s the way it happened.”

What we see instead is a combination of a Gothic romance, a German expressionist film and a painting of the “sensitivity” school of late 18th century, depicting sweeping satin gowns and emotions of love, grief, sympathy and, for the viewer, pity. She watches an immediate, innovative film, not the film she made.

Hogg could fit into the sensitivity school of filmmaking, and her skills as a filmmaker are in evidence, but we cannot say the same about Julie. We have no insights into Julie as a filmmaker and though we see her writing her script, we never hear the lines or see the changes she makes (if any) as she progresses. And in Hogg’s second film, with Anthony gone, there is a huge hole that Julie does not fill.

What Hogg has accomplished though is a film within a film within a film. The “student” film she never made (her real student film was Caprice starring Tilda Swinton) is 2019’s The Souvenir, but it took an experienced 57-year-old filmmaker to make it.