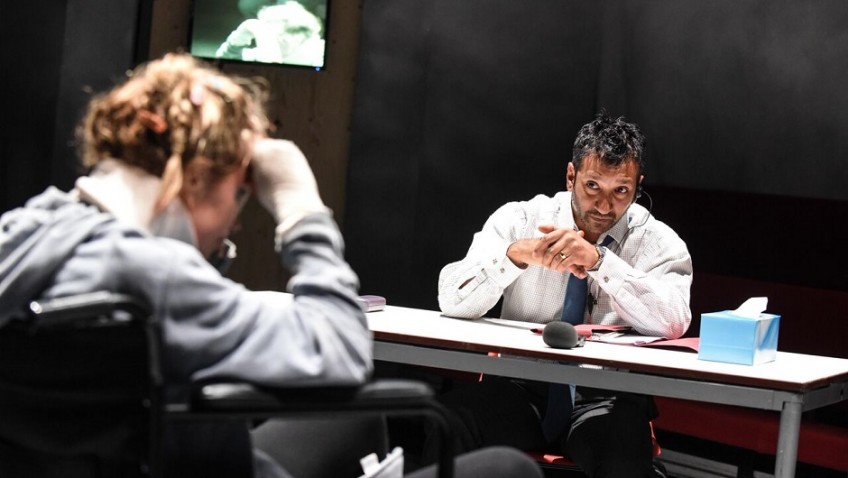 What’s a girl your age doing hanging around with grown men?

Phil Davies’s play is about sex-trafficking, inspired, perhaps, by crimes committed by British Pakistanis in Rochdale, Greater Manchester, in 2008 and 2009.

There are currently 16,500 children at risk of sexual exploitation in England. Only a tiny proportion of sexual offences against 16 and 17 year olds result in action against the perpetrator.

A vulnerable 14-year-old girl (Callie Cooke) is chatted up by an older Pakistani man (Phadlut Sharma) who grooms her to be a prostitute. He uses alcohol, drugs, money, false affection and physical abuse.

Cooke, making her professional stage debut, maintains a convincing hysterical note throughout. “How are you going to make sure I’m all right?” she asks the policeman questioning her whenshe is accused of causing her attacker bodily harm

Sharma, well cast as the pimp, also, confusingly, plays the policeman. Is this to save the expense of another actor? Or is it to make the point that the Law treats a victim no better than the criminal?

Davies’s play has the full support of the Children’s Society, who advocates to help young people get justice for the crimes committed against them.

I am not sure who will actually want to see Firebird.  A film, or better still a documentary, would reach a wider audience and have a greater impact.