Home / LIFESTYLE / What’s in the box? 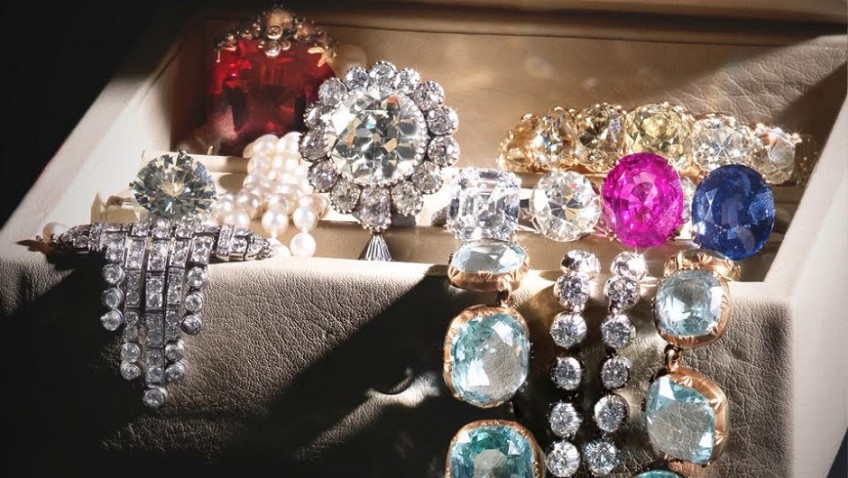 What’s in the box?

Bonhams launches What’s in the box? campaign to help people understand the true value of the jewellery they own

Leading auction house Bonhams is launching its annual Jewellery in June campaign next month with a theme of ‘What’s in the box?’.

According to the auction house, many valuable jewels and gemstones are simply set aside in jewellery boxes and are rarely worn due to changing tastes and lifestyles.  In addition, individuals or families who inherit a safety deposit box full of jewellery are unsure what to do with it and it often remains untouched for years.

As a result, throughout the whole month of June, Bonhams is inviting people to access its network of experienced jewellery specialists in the UK and Europe so that they can provide up-to-date, free  market valuations. This is done on a confidential and without obligation basis.

According to Jean Ghika, Head of Jewellery UK and Europe at Bonhams, now is a good time to get jewellery valued.  She says: “Many people are paying high premiums to insure pieces that are rarely, if ever, worn.  They are either sitting in a jewellery box at home or in a bank.

“Given a number of high street banks are currently abandoning or relocating their safety deposit services, now is an opportune time to get an up-to-date market valuation.”

Jean Ghika adds: “Recently, a gentleman sought Bonhams’ advice with his family legacy of 88 pieces of period jewellery dating from the late 19th century to the 1930s. The extraordinary collection had been relegated to a safety deposit box without the family realising the pieces had increased significantly in value. We reviewed the collection, which included simple brooches to wonderful examples of Art Deco design, and advised on its current market value. The gentleman, surprised by the increase in value, instructed Bonhams to handle the sale of all the jewels which went on to sell for double and triple their estimated prices. The gentleman was absolutely delighted when we told him the final sale total had exceeded £1 million.

As part of its Jewellery in June campaign, Bonhams is releasing a short digital film showing how easy it is to get a valuation and sell jewellery. This can be found here: https://www.youtube.com/watch?v=qvQumpmIb5o

To contact your local Bonhams’ jewellery specialist and find out where the valuations are in your area visit https://www.bonhams.com/locations/region/UNITED_KINGDOM/

People who click on this link will have the option to upload of picture of their jewellery from their mobile phone or computer to help Bonhams’ experts ahead of the valuation meeting.

Old diamonds: Antique diamonds are often cut by hand and no two are identical.  These older diamonds may look less uniform but given their charm – and if in good condition – they can fetch large sums at auction.

Coloured stones: Old mine rubies, sapphires and emeralds can be more valuable than their newer mined counterparts, particularly if they come from famous mines that have now been exhausted. This is a particularly specialised area and it is worth consulting a Bonhams’ jewellery specialist who will be able to provide expert insights about the quality and origin of a stone.

Signed jewellery: Hallmarks, signatures, initials, a name or even a code on the back of a jewel can signify that it came from a highly sought-after house such as Cartier or Van Cleef & Arpels. On older pieces these signatures can make a huge difference to the eventual selling price.

Natural pearls: In the late 19th and early 20th Century, pearls were one of the main status symbols in high society.  They were highly sought after and very valuable because it took many years even for a single, well-formed spherical or drop-shaped pearl to grow.  However, at the end of the 1920s, with the arrival of cultured pearls – purpose-grown and much more regular in shape – prices of natural pearls dropped.  It is only in the last two decades that prices of natural pearls have begun to climb again. Bonhams’ jewellery specialists can distinguish between natural and cultured pearls, often with the assistance of a laboratory X-ray to confirm their origin.

And remember….original boxes, bills of sale and old photographs: An original box or receipt might also show the provenance of a piece of jewellery which can make a considerable difference to its value.  These are worth bringing in to the valuation along with any old photographs you have of a family member wearing the piece.

Bonhams is the UK market leader for jewellery sales in the UK and is also the only auction house in the UK to have a regional network of jewellery specialists.  Its specialists are able to offer a friendly local service while at the same time, enabling a piece of jewellery to be sold at an international level.