Home / NEWS / Whales & dolphins all around the UK now! 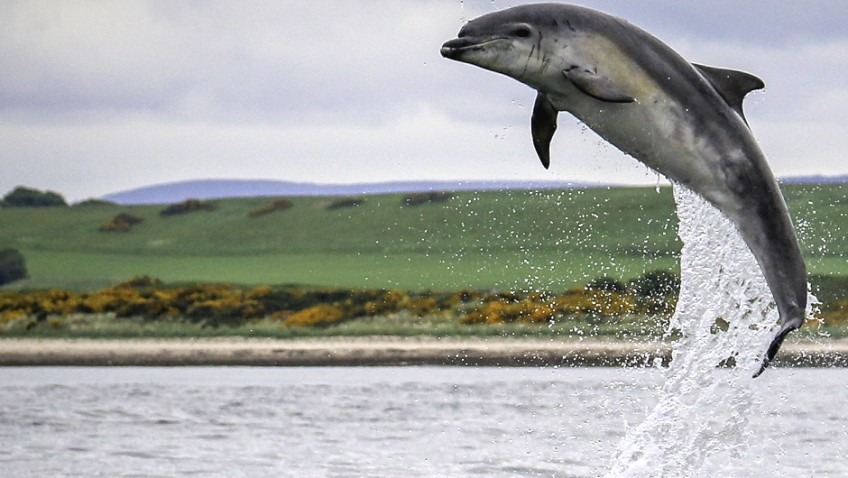 Whales & dolphins all around the UK now!

Each year, scientists at the Sea Watch Foundation lead a campaign to get members of the general public contributing to science to protect whales & dolphins.

Over the past forty years, whales, dolphins and porpoises (cetaceans) around our coast have been monitored by Sea Watch Foundation scientists as well as volunteer observers all around the coast. For the past 14 years this has been spearheaded through an annual event, the ‘National Whale & Dolphin Watch’. This years’ event takes place between 23rd and 31st July and, with your help, could be the most successful ever!

“All that people need to do to take part is to report their whale and dolphin sightings to us and to either participate in the advertised organised watches or to arrange their own. It’s very easy and we’ll explain how!” says Sea Watch Foundation’s Sightings Officer, Kathy James. A Risso’s dolphin photographed off a Cornish beach in the 2015 National Whale and Dolphin Watch (Photo: Marine Discovery)

All around the coast there are whales, dolphins and porpoises. Some species, like the bottlenose dolphin, tend to be seen in particular locations around the UK. Whereas others like the harbour porpoise and minke whale have a more widespread distribution.

“Many people don’t realise the wealth of whales and dolphins we have around our coasts. You don’t need to go abroad to go whale watching or to have a dolphin experience” adds Kathy. “We’ve recently seen an unusually high number of humpback whale sightings around the UK, for example, and we have some amazing dolphin-spotting locations” continues Kathy. “Even if you think that your nearest coastline is uneventful in terms of cetaceans, it’s highly likely that there will be some out there – you just need to spend the time looking! And even if you don’t see anything during a watch, that information is just as valuable to us.”

During the 2015 event, the arctic beluga whale was added to the list of species seen around the UK during this annual summer event, among some 946 sightings of 4480 animals. For more facts and figures from last years’ event, please see the 2015 National Whale and Dolphin Watch report.

The National Whale and Dolphin Watch 2016 is just ten days away and the research charity behind the event are urging people to run watches of their own to contribute valuable data for the protection of these magnificent species!

Please get in touch to find out more and to take part!

Find out more about the event: www.seawatchfoundation.org.uk/nwdw

Register your own watch: www.seawatchfoundation.org.uk/nwdw-2016

For further information about sea watch foundation and national whale and dolphin watch or for pictures please contact: Kathy James at kathy.james@seawatchfoundation.org.uk, or telephone 01545 561227

Featured image: Bottlenose dolphins are some of our more energetic UK cetaceans. This one was photographed during the 2015 National Whale and Dolphin Watch. (Photo: Ecoventures/ Sea Watch Foundation)