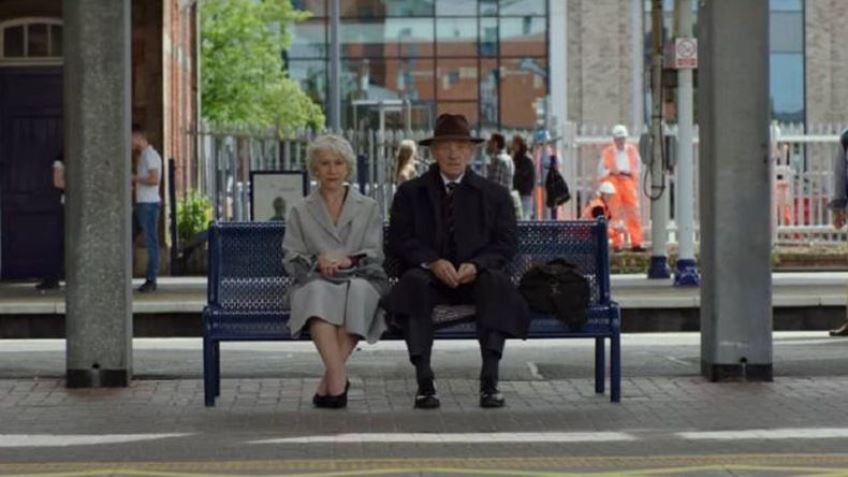 THE MEN (BFI). Marlon Brando’s first film. This sincere, sentimental but cliched and heavy-handed quasi-documentary, released in 1950, is set in a US hospital for World War II veterans. Brando plays a paraplegic in a wheelchair, raging inwardly and outwardly against his impotence, forcing the audience to share his pain. His subtle and powerful acting did not need the accompaniment of an obtrusive musical score. Teresa Wright plays his devoted fiancée. 55 veterans play themselves.

THE TWO FACES OF JANUARY (BBC iPlayer). Patricia Highsmith‘s expert and stylish psychological thriller is set on the Greek islands. Two master criminals, one rich (Viggo Mortensen); the other, a con-man (Oscar Isaac), vie with each other over the rich man’s wife (Kirsten Dunst). And then there’s the question of lots of money and who is going to get it. The two rivals become more and more dependent on each other. Isaac manages to make the con-man likable. Mortensen doesn’t try to be nice; quite the reverse

I AM A CAMERA (StudioCanal). Julie Harris reprises her awarding-winning Broadway performance as Sally Bowles. Those who have read Christopher Isherwood’s Berlin novels, and seen John Van Druten’s 1951 play and the musical, Cabaret, are going to be very disappointed with this tacky, stagy, poorly directed and poorly acted 1955 film, which has too much silly farce and not nearly enough Nazi seriousness. Isherwood absolutely loathed it. Laurence Harvey is miscast and his hair style is totally wrong for the 1930’s period.

EXTREME PREJUDICE (StudioCanal). This bank robbery and drug cartel thriller, directed by Walter Hill in 1987, has a cast of CIA mercenaries, who are all presumed to have been killed in the war. Nick Nolte is the straight, stone-faced Texas Ranger. Powers Boothe is the flamboyant drugs trafficker. They were buddies; now they are deadly enemies and rivals for the same woman. Hill concentrates on the violence rather than the storyline and it feels like a modern Western. The violence is brutal and there is a fantastic Wild Bunch bloodbath finale, dazzling in its execution and editing.

HIGH CRIME (StudioCanal). I wish I had been able to watch Enzo G Castellari’s 1973 poliziottesco thriller in Italian with subtitles. The dubbed English voices don’t suit the Italian actors at all. Franco Nero (with his distinctive hair style) suffers most. He is cast as a police inspector who wants to break the drug ring (run by Fernando Ray) in Genoa. The film, a landmark in its day, is notable for the violent killings in slow motion and the dangerous car stunts played out in in real traffic.

THE GOOD LIAR (Netflix). A psychological thriller. The cast includes Ian McKellen, Helen Mirren, Jim Carter and Russell Tovey which is promising. Unfortunately, the script is a mess and the longer the film goes on the more unlikely and confusing it becomes. There seem to be two separate stories which never convincingly gel. McKellen plays a singularly unpleasant con-man. Mirren plays his victim.

KILL THEM ALL AND COME BACK ALIVE (SudioCanal). There’s a lot of violence (punch-ups, bullets, dynamite) in this all-male-not-a-female-in-sight 1968 spaghetti Western. Enzo G Castellari, tongue firmly in cheek, relies on his stuntmen rather than his actors whose acting skills are very limited; but the stunts are so acrobatic and so absurdly unconvincing as to be comic and childishly silly.