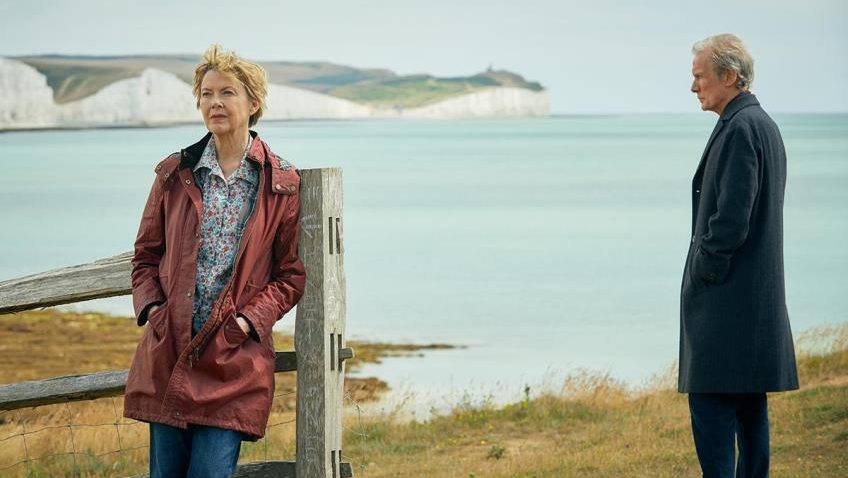 HOPE GAP (Curzon) Middle-class husband, married for 29 years, walks away. Wife, a staunch Roman Catholic, wants to save the marriage. He doesn’t; he’s fallen in love with another woman. A talky script, written and directed by William Nicholson, is excellently acted by Annette Bening and especially Bill Nighy. Josh O’Connor plays their grown-up son in the role of reluctant mediator. Poetry proves to be a great healer.

THE TRUTH (Curzon). Hirokazu Kreeda’s film is a showcase for Catherine Deneuve and Juliette Binoche. A legendary French movie star writes her memoirs but her memory is not to be trusted and upsets everybody. She and her daughter never got on and still don’t get on. The actress admits she is a bad mother, a bad friend but argues she is a better actress for it. The conflict doesn’t really ignite.

THE COUNTY (Curzon). Grimir Hakonarsson’s modest Icelandic drama about big business exploiting poor farmers feels like a modern Western. Family farmer (Ardis Hronn Eglisdottir), recently widowed, stands up to the corrupt co-op that is behaving like a mafia and forcing the community to buy everything from them at inflated prices.

THE MASQUE OF THE RED DEATH (StudioCanal). Medieval Italy. A lot of people are dying from the plague. Roger Corman’s 1964 film does Edgar Allan Poe a gross disservice. The dialogue is terrible and so is the acting. Vincent Price is cast as the satanic Prince.

WHO DO YOU THINK I AM (Curzon) is a French Art House psychological thriller, directed by Safe Nebbuk, which exploits the pleasures and dangers of virtual seduction on social media. 50-year-old widowed professor (Juliette Binoche), wanting a life, reinvents herself as a 24-year-old. A young man in his mid-twenties (Francois Civil) falls in love with her. She writes and rewrites her story and there are two different endings.

T S ELIOT SEARCH FOR HAPPINESS (Odyssey). The two women in his life were Vivienne Haigh-Wood and Valerie Fletcher. The documentary might whet the appetite to reread Wasteland, The Love Song of J Alfred Prufrock and Four Quartets. I should like to see his plays, Murder in the Cathedral and The Family Reunion, revived

SUMMER OF 85 (Curzon). Normandy breach resort. 18-year-old oddball (Benjamin Voisin) saves 16-year-old (Felix Fefebvre) when his boat capsizes and then seduces him. The boys make a pact that if one of them dies, the other will dance on his grave. Francois Ozon’s film feels like a companion piece for Call Me by Your Name; only it’s not nearly as good

SKYFIRE (Patriot Films). A dormant volcano decides it’s time to wake up and destroy a brand-new island resort on its opening day. This overheated Chinese disaster movie is more interested in action than in reality. A ridiculous car journey through lava is aimed at kids who play games on line.