Home / NEWS / BLOGS / What did you watch on TV over the Christmas holidays? 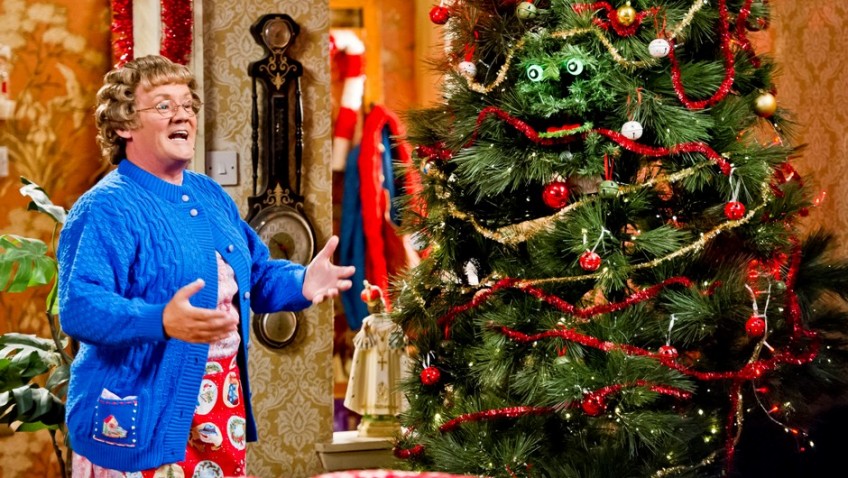 What did you watch on TV over the Christmas holidays?

With most things back to normal and schools and offices open again I am pleased to say that I can now cut down on the amount of television I have been viewing.

Over the holiday period we seem to have done little but eat, drink and watch TV in our household, so now we’ve decided that a period of abstinence from all three occupations is necessary.

We spent the time in the run up to the big day analysing the TV guides and planning what we wanted to watch during the two week festive hiatus with the mutual understanding that we do not always like the same programmes. A little compromise goes a long way in a marriage.

However, we need not have worried about the selection strategy as the nearly all the choices made were repeated at least once during the week.  If we missed something, even without iPlayer or recording, it was guaranteed to be repeated within a day or two.

There were some good programmes broadcast, but few that were worth watching twice.  But that didn’t mean we thought some were not worth bothering with and we saw some by default, and one of these was The Boy in the Dress written by David Walliams.  This was not on our list, but was most enjoyable and entertaining – a real change from the Christmas specials produced by the main channels.

The viewing figures for the Christmas period show no surprises, and the Queen of the Day, when you include the consolidated figures from the catch-ups was Mrs Brown’s Boys with The Queen’s Speech only coming in at number 7.

I have long been a fan of Mrs Brown and being married to a man from Dublin it has been a firm favourite in our home for years.  Despite the bad language and the often predicable plots it can always make me laugh out loud and at times Brendan O’Carroll the writer and star, shows touches of sheer comic genius.

I know that there were more than a few converts to the series after the airing of the latest two seasonal episodes.  It may be that the show owes more to the British pantomime genre, with its cross dressing, audience involvement and slapstick, than the Irish would care to admit.

It was predicted that over the holiday adults would watch on average 46 hours of TV including 13 films, 8 soaps and 19 comedy shows.  Whether this has transpired I don’t know, nor really care but I am interested to know what was considered worth investing in by the BBC as it is this year that the licence review takes place.

The most watched channel was BBC and this is always my first choice as I find the ad breaks very annoying, frustrating and often very loud.

I loved the three episodes of Mapp and Lucia shown on BBC 1 and was delighted that the interpretation of the EF Benson books was so well done.  I also enjoyed Call the Midwife, which is returning to bring sentimental indulgence back to our Sunday nights.

ITV’s Downton Abbey was well down the top ten at number nine, which may indicate that its popularity is waning, or just that two hours of frequently interrupted viewing is not what is wanted on Christmas day.  The Grantham family had to make do without television – charades anyone?

The three main soap operas gave us the usual high drama and family feuding we have come to expect, but if you follow them they rarely disappoint.  It make me glad that my own family has not resorted to murder and betrayal on this level.

We did manage to avoid most of this televisual misery by entertaining and at least next year I shall be less constrained by the scheduling and freed by a better use of catch up facilities.  Or of course just wait for the repeat.

Do let us know what you enjoyed watching this Christmas and if you would want any improvements made to the programme schedules?  We’d love to hear from you.