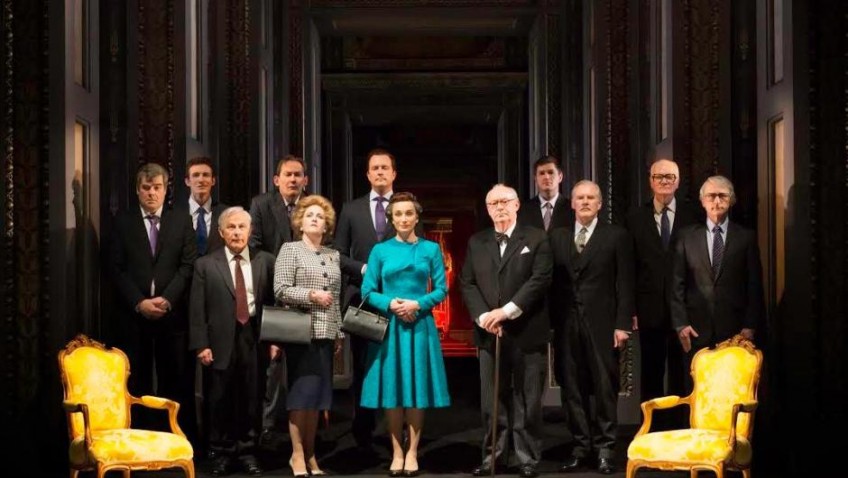 The first actor to play Queen Elizabeth II on stage was Prunella Scales in Alan Bennett’s A Question of Attribution at the National Theatre in 1988 and she was brilliant.

Then came .Helen Mirren, first in Peter Morgan’s film, The Queen, and then on stage in his play, The Audience, and she was excellent in both. 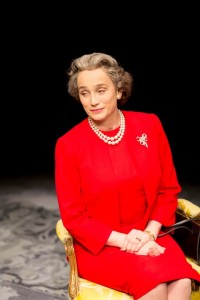 These actors are a hard act to follow. Now it’s the turn of Kristin Scott Thomas to play HMQ in a revised version of Morgan’s play.

The Queen has her audience with the Prime Minister once a week at Buckingham Palace. It is said that Her Majesty has a way of saying nothing yet making her view perfectly clear.

The play is a series of quick satirical sketches with eight out of her twelve Prime Ministers, from Winston Churchill to David Cameron. The construction of the play is not chronological but moves backwards and forwards in time.

The script is an intelligent, amusing and moving speculation of what might have been said during these private conversations.

The Audience may not be as serious as, for instance, Mike Bartlett’s King Charles III; but it is absolutely first-rate light entertainment

There are some good jokes. Mrs Thatcher is caricatured and the Queen dozes off during her audience with Cameron. 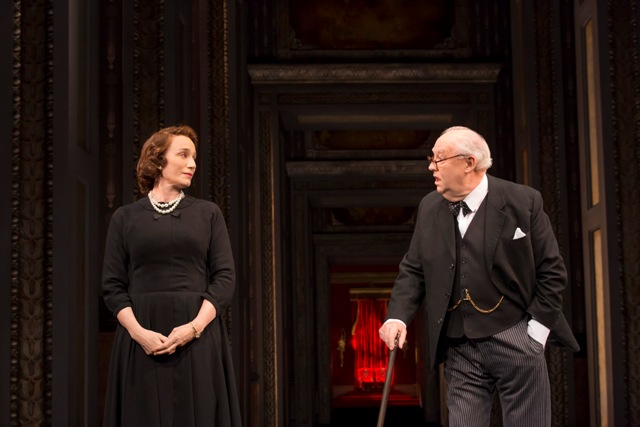 The Queen and Winston Churchill

I never believed I was watching the Queen in the way I had done when Prunella Scales and Helen Mirren played her. Scott Thomas has authority and dignity; but she lacks the warmth they brought to the role.

Morgan’s play above all works because of the respect and affection in which the Queen is held. On 9 September 2015, she will become the longest-reigning British monarch.

The production therefore comes across as a tribute to the Queen’s own performance as Queen over a 63-year period, a tribute to a job well done.