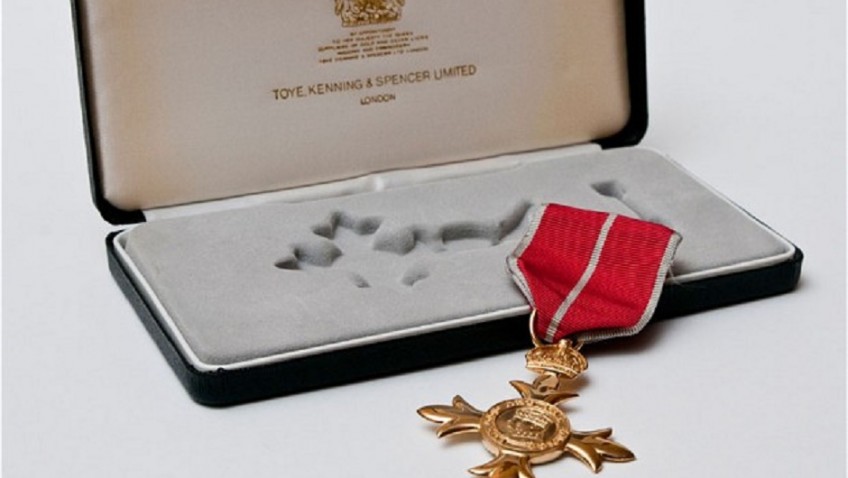 The New Year Honours is a part of the British honours system, with New Year’s Day, 1 January, being marked by naming new members of orders of chivalry and recipients of other official honours. A number of other Commonwealth realms also mark this day in this way.

The awards are presented by or in the name of the reigning monarch, currently Queen Elizabeth II or her vice-regal representative. British honours are published in supplements to the London Gazette.

Honours have been awarded at New Year since at least 1890, in which year a list of Queen Victoria‘s awards was published by the London Gazette on 2 January. There was no honours list at New Year 1902, as a list had been published on the new King´s birthday the previous November, but in January 1903 a list was again published.

The honour of knighthood comes from the days of medieval chivalry, as does the method used to confer the knighthood: the accolade, or the touch of a sword by the sovereign.

Although Knights Bachelor do not comprise an order of chivalry, knighthood is a dignity which has its origins in Britain in Saxon times. They are styled “Sir” (except for clergymen who do not receive the accolade) and their wives “Lady”.

Women receiving the honour are styled “Dame” but do not receive the accolade.

The honour is given for a pre-eminent contribution in any field of activity.

The rank of Knight Commander (KBE) or Dame Commander (DBE), Order of the British Empire, commonly appears on the Diplomatic Service and Overseas list. It can be given to Britons based abroad or in an honorary capacity to foreign nationals.

The Order of the Bath

The Order of the Bath is an order of chivalry and was founded in 1725 for service of the highest calibre. The order has a civil and military division and is awarded in the following ranks: Knight Grand Cross (GCB), Knight Commander (KCB) and Companion (CB).

The Order takes its name from the symbolic bathing which in former times was often part of the preparation of a candidate for knighthood.

This Order was founded by King George III in 1818 and is awarded to British subjects who have rendered extraordinary and important services abroad or in the Commonwealth. Ranks in the Order are Knight or Dame Grand Cross (GCMG), Knight or Dame Commander (KCMG or DCMG) and Companion (CMG).

Order of the Companions Honour

This is awarded for service of conspicuous national importance and is limited to 65 people. Recipients wear the initials CH after their name.

Orders of the British Empire

King George V created these honours during World War I to reward services to the war effort by civilians at home and servicemen in support positions.

The ranks are Commander (CBE), Officer (OBE) and Member (MBE).

They are now awarded for prominent national or regional roles and to those making distinguished or notable contributions in their own specific areas of activity. The honour of an MBE, in particular, can be given for achievement or service in the community.

The medal was founded in 1917 and was awarded for “meritorious” actions by civilians or military personnel, although the recipients did not attend a royal investiture.

It was scrapped in 1993 by former Conservative Prime Minister John Major, as part of his drive towards a “classless” society.

Nearly two decades on, Prime Minister David Cameron has announced its revival, and from 2012, to coincide with the Queen’s Diamond Jubilee, about 300 will be awarded annually to community volunteers.

By 1896, prime ministers and governments had increased their influence over the distribution of awards and had gained almost total control of the system. Therefore, Queen Victoria instituted The Royal Victorian Order as a personal award for services performed on her behalf.

Today this honour is still awarded in recognition of services to the royal family. The ranks are Knight or Dame Grand Cross (GCVO), Knight or Dame Commander (KCVO or DCVO), Commander (CVO), Lieutenant (LVO) and Member (MVO).

More than one grade may be held by the same person and the medal may be worn along with the insignia of the Order itself.