Home / MONEY / Was Black Friday worth it? 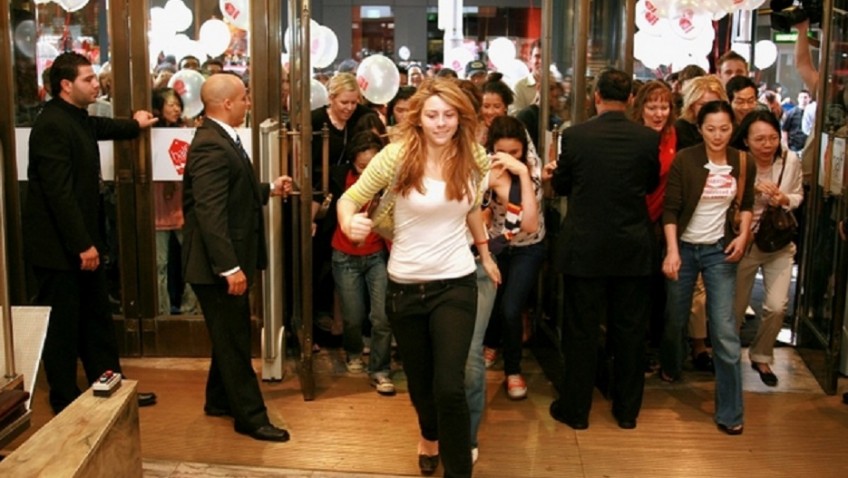 Was Black Friday worth it?

On Black Friday last year, British consumers spent £810m on online purchases alone, and with internet sales over this year’s 24-hour period expected to surpass £1bn for the first time in UK history, you’ll have to be quick if you’re planning to grab a bargain.

Black Friday is one of the most chaotic days on the British shopping calendar, when retailers offer dramatic discounts on their products in the run-up to the festive period – both in-store and online.

The tradition came from America, with the national sale typically falling on the day after Thanksgiving. But UK retailers have jumped on the bandwagon in recent years, with this year’s event expected to attract more British bargain hunters than ever. Last year, Brits spent 810m on Black Friday, and this November sales were expected to surpass £1bn.

But this November’s sales failed to boost turnover at UK stores according to the British Retail Consortium (BRC) and accountants KPMG.

Sales in November at stores open for more than a year fell 0.4% from the same month in 2014.

The BRC/KPMG survey found shoppers held back in the hope of big discounts on Black Friday, 28 November.

But in the event, many retailers did not make the discounts that shoppers had been hoping for.

David McCorquodale, head of retail at KPMG, said: “November’s relatively flat sales figures are a reality check for the retail sector with consumers holding off for a Black Friday bargain pitted against retailers determined to hold onto their hard-earned margins.

“Despite the hype around Black Friday, there was minimal loosening of the family purse strings compared to last year.”

Total sales across all stores increased by just 0.7%, compared with a rise of 2.2% last year.

However, online sales of non-food item outperformed, up 11.8% on last year.

Black Friday produced the expected spike in sales, with trading up 25% compared with the beginning of the month. Sales in furniture, and large and small electrical appliances, were higher than last year.

However, the BRC said an increase in “omni-channel” shopping, with consumers using a mix of online and in-store purchases. made it hard to know how and when people would spend their money in the crucial Christmas shopping period.

Helen Dickinson, BRC chief executive, said: “As consumers and retailers continue to adapt to the changing patterns of omni-channel shopping, where the lines between channels become less and less relevant, this build-up to Christmas is one of the hardest to read in years.

“The conversion of people’s higher disposable income into retail sales shouldn’t be taken for granted.”

Did you take part in the shopping bonanza?