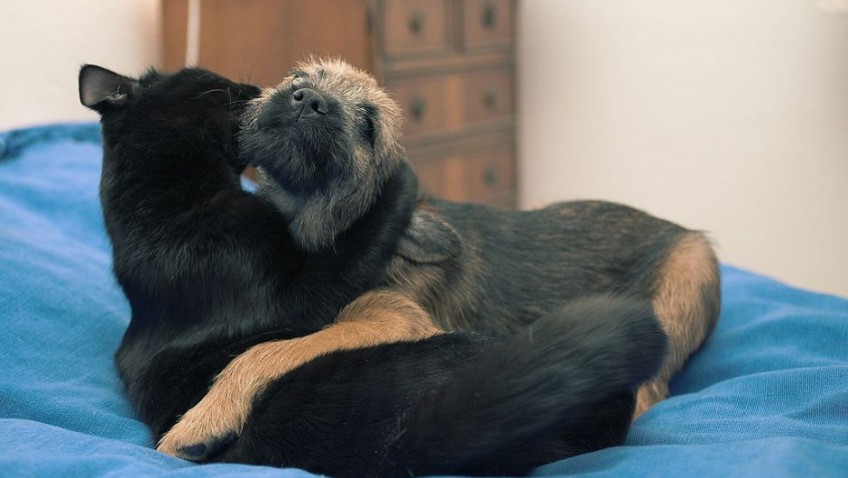 It’s not uncommon for me to politely advise a client that their dog is overweight, for them to reply “aren’t we both!” or “maybe you can give me some tips too… Ha ha ha!” Or a good one “he wants to look like me!”

Generally I tend to laugh with them and then quickly change the subject. I wasn’t trained to deal with the complexity of weight issues in humans! It’s such an emotive subject.

I have had a couple refuse to see me because I told them their two chocolate Labradors were being hampered by their weight (I felt this was a politer alternative to obese!).

I wasn’t surprised to read that a study showed of the 28.7% of cats classified as overweight, only 1.4% of them were flagged up by their vet, because it’s a very difficult discussion to have.

But we can’t ignore the drastic increase in human obesity and the parallel increase in companion animal weight issues. It is now believed that between 22 and 44% of dogs in Western society are overweight. It is statistically proven that if an owner is overweight often their pet is as well.

Due to the comparative rise in both there has been growing interest in human and veterinary medicine collaborating to address the problem.

It is becoming apparent that vets can’t hope to understand cat and dog obesity without understanding human obesity, for I know of very few dogs that can use a can opener and dish up their owner dinner.

Us vets will have to also become experts on human psychology, human animal bonds, as well as social status and demographics of the owner.

Being told that their pets life span will be significantly shorter, that they are likely to suffer earlier onset disease, have debilitated mobility, and their quality of life will be poorer is unlikely to suffice. Surveys have shown that if the overweight owner takes little interest in their own condition they are unlikely to act on potential health threats of their pet.

It has been proven that parents of overweight children commonly consistently underestimate their child’s weight. I’m sure this is also being seen in companion animals.

There are also movements springing up in America aimed at “fat acceptance” and denial that carrying too much weight is bad for health.

It could be argued that many overweight cartoon figures such as Homer Simpson, Peter from Family Guy, or Garfield who portray happier plump souls advocate being hefty!

Both doctors and veterinarians are stuck in an obesity epidemic, and are both struggling to understand how to best deal with it as it is a multi factorial problem involving genetics, social status, and psychology.

Certainly education plays a massive role, and the tools already exist with weight loss and fitness programs being FOC on the Internet, as well as diet foods already readily available. Us vets are going to need to gain a deeper understanding of why that owner chooses to feed their pet more than is required.