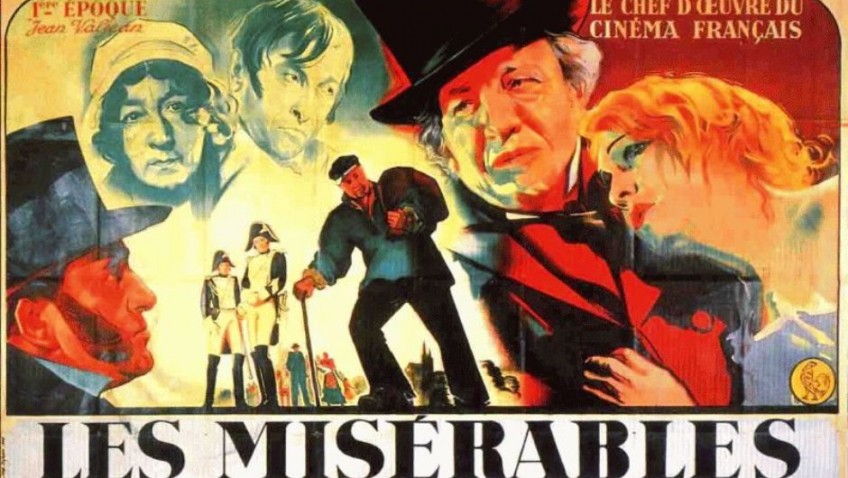 LES MISERABLES (Eureka). There have been many film adaptations of Victor Hugo’s immensely popular novel, which is so critical of injustices by society and deeply compassionate for the wretched.  None is better than Raymond Bernard’s 1933 French epic, which faithful to the original. The images, expressionistic and sharply lit, are always dramatic.

The excellent scenes round the barricades during the student riots of 1832 look like something out of Delacroix. The actors know how to play the melodrama and there is a terrific cast, led by Harry Baur, physically so right and magnificent as Valjean. Charles Vanel is Javert, Jean Servais is Maurice, Henry Krauss is the kindly bishop, Gaby Triquet is little Cosette and Charles Dulin and Marguerite Moreno are the Thernadiers.

STILL THE ENEMY WITHIN (Badbonobo). Owen Gower’s documentary about the miners’ strike in 1984/85, told from the miners’ point of view, is first-rate and strongly recommended to anybody interested in the longest strike in history. Margaret Thatcher was determined to smash the trade unions that had brought down a Conservative government 10 years earlier. She called the miners the enemy within.

The archive footage of police brutality at picket lines, road blocks and in particular at the Battle of Orgreave is scary. You might think from looking at the newsreels that Britain was living in George Orwell’s 1984 totalitarian state. The miners interviewed, Norman Strike, Jim Tierney, Joe Henry and Ron Stoat, are extremely articulate.