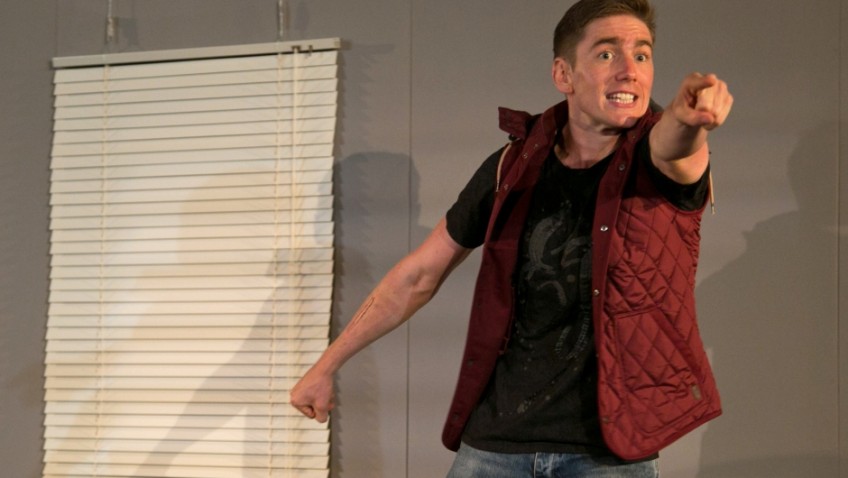 Away from Home is a one-hour monologue for a gay male escort whose latest client is a top Premiership footballer who daren’t come out of the closet. The script explores their relationship and the escort’s relationship with his parents and his friends.

Rob Ward, who is both author and actor, is a gay man and a passionate footballer. In a programme note he confesses that, given the homophobia endemic in football and a lack of openly gay players, life has been difficult for him.

Ward’s performance is a tour de force and, hopefully, will be seen by lots of casting directors and get him a lot of work. He plays all the roles, male and female, switching from one to the other at speed.

I doubt very much, however, if gay activists will think that the monologue and Ward’s bruised torso is a good advertisement for their campaign.