Home / LIFESTYLE / Time to fall back 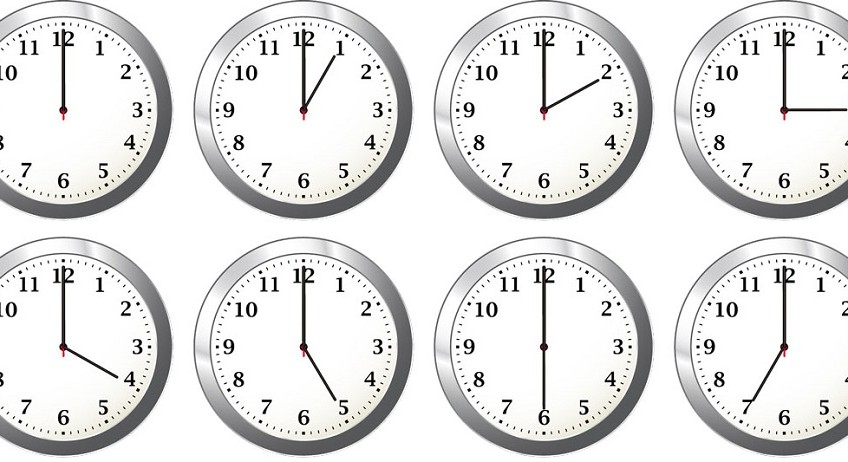 Time to fall back

At 0200 hours on Sunday 25th October we have to put our clocks back by one hour as British Summer Time ends and we revert back to Greenwich Mean Time.

Twice a year we change our clocks in the UK – Spring forward and Fall back- is the mnemonic used to remember which way to move our time pieces and over the last hundred years of doing this there have been many debates as to whether this is a good or bad thing.

What is Greenwich Mean Time (GMT)?

GMT has been a time standard since 1884. It was chosen because the Prime Meridian (the line of 0° Longitude) runs through Greenwich. Greenwich was a royal park and palace on a hill to the south of the River Thames east of London.

In 1675 the great race to create accurate maps for navigators had begun and Charles II offered the land to The Royal Society for Britain’s first national observatory. British mapmakers began to set Longitude from Greenwich and in 1884 it was adopted as the international meridian or starting point.

Every 15° longitude represents one hour’s difference in time: (24 x 15 = 360, the degrees of a circle). You can work out the time at every location on earth if you know how many degrees it is east or west of Greenwich.

It marks the starting point of every time zone in the World. GMT is Greenwich Mean (or Meridian) Time is the mean (average) time that the earth takes to rotate from noon-to-noon.

GMT is World Time and the basis of every world time zone which sets the time of day and is at the centre of the time zone map. GMT sets current time or official time around the globe. Most time changes are measured by GMT. Although GMT has been replaced by atomic time (UTC) it is still widely regarded as the correct time for every international time zone.

The modern idea of daylight saving time was first proposed in 1895 by English-born insect specialist and astronomer George Vernon Hudson.

Hudson did shift work and during his leisure time he collected insects, so valued the dear moments of his daylight after-hours. He proposed a two-hour daylight saving shift and presented it in a paper to the Wellington Philosophical Society.

Hudson’s ideas were not followed through, and it fell to British builder William Willett in 1905 to raise the issue of introducing DST again. Willett’s idea was more complex and he suggested setting the clocks ahead 20 minutes on each of the four Sundays in April, and switching them back by the same amount on each of four Sundays in September – a total of eight DST switches per year.

The first daylight saving bill was drafted in 1909, presented to parliament several times and examined by a select committee. However, the idea was opposed by many, especially farmers, and the bill never made it into a law.

It was during the First World War that Germany became the first country to implement DST, on 30 April 1916, in order to save fuel for the war effort. Other countries followed suit and the concept was adopted by Britain. DST was first used in the UK on 21 May 1916.

Clocks and watches were very different from those we use today. Many clocks could not have their hands turned backwards without breaking the mechanism. Instead, owners had to put the clock forward by 11 hours when Summer Time came to an end. The Home Office put out special posters telling people how to reset their clocks to GMT, and national newspapers also gave advice.

An inquiry during the winter of 1959–60, in which 180 national organisations were consulted, revealed a slight preference for a change to all-year GMT+1, but the length of summer time was extended as a trial rather than the domestic use of Greenwich Mean Time abolished.

A further inquiry during 1966–67 led the government of Harold Wilson to introduce the British Standard Time experiment, with Britain remaining on GMT+1 throughout the year. This took place between 27 October 1968 and 31 October 1971, when there was a reversion to the previous arrangement.

When the British Standard Time experiment ended, the Home Office carried out an exhaustive review to find out whether it had been successful. There were ‘pros and cons’ to having the clocks forward and, on balance, the Government decided to return to the original British Summer Time. The trial was the subject of a House of Commons debate in December 1970 when, on a free vote, the result was 366 to 81votes to end the experiment.

The debate goes on

After over a century of daylight saving, we still cannot agree on whether it is a good thing or not. When proposals to extend the system are occasionally made in Parliament, protest soon comes from those affected by its disadvantages. Daylight Saving Time tries to treat a complex network of symptoms with one solution. But not everybody sees it as a cure.

The debate has been going on since standardised time was introduced with the expansion of the railways in the 1840s. Historically, proponents of DST have argued that it saves energy, promotes outdoor leisure activity and is good for economic productivity. It has therefore received support from retail businesses and urban workers, who benefit from having lighter summer evenings. Some groups who prefer lighter mornings, like farmers, argue that the economic benefits of DST are unproven and that we should just stick to GMT all year round.

What do you think should we change the clocks to go back in winter? Ed.