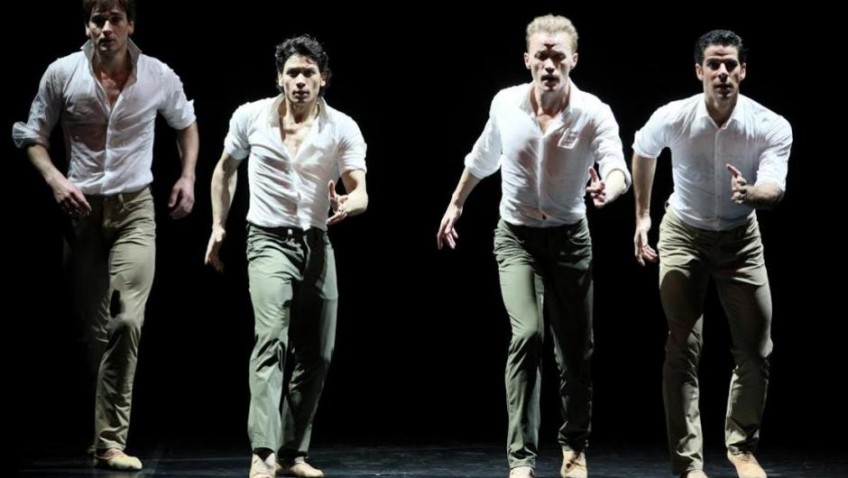 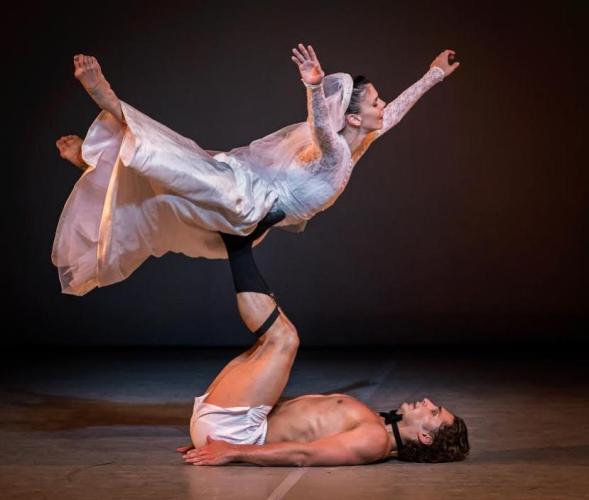 Ardani 25 Dance Gala, which includes leading members of the Royal Ballet, Marinsky and American Ballet Theatre, gets off to an exciting start with the world premiere of Alastair Marriott’s lively and dazzlingly energetic Zeitgeist to music by Philip Glass.

The abstract ballet is charismatically led by Natalia Osipova and Edward Watson, and supported with tremendous brio by Marcelino Sambe, Tomas Mock and Donald Thom. I look forward to seeing it again; when, hopefully, the men won’t be wearing what look like women’s black bathing suits.

The men are much more attractively dressed in the UK premiere of Marcelo Gomes’s Tristesse which is danced to music by Chopin and inspired by Paul Eluard’s poem about the reunion of four male friends. The buoyantly casual quartet (Gomes, Joaquin De Luz, Denis Matvienko and Friedemann Vogel), the best of buddies, show off, compete, and generally lark about, as boys do.

Friendly and affectionate at first, it all ends in tears with three of them going off together, leaving one of them behind, sobbing his heart out. Andrei Gugnin’s virtuosity at the piano momentarily upstages everybody.

Arthur Pita’s Facada, a Lorca-like Spanish melodrama, mimeand danced to guitar music composed and played by Frank Moon, is a warning to all bridegrooms. However scared of marriage you may be, you must not jilt the bride at the altar. Once she has had a good cry (literally, weeping buckets of tears) she is liable to get really mad and kill you and then dance on your grave.

The piece has been specially adapted for Natalia Osipova (fiery revenger) and Ivan Vasiliev (scared-stiff in baggy underwear and suspenders). They very rightly, do not take the tragi-comedy too seriously. Elizabeth McGorian, a classy act in high heels, gives the bride moral support.