Home / LIFESTYLE / REVIEWS > / FILM REVIEWS / There’s a lot in the title that isn’t in the film. 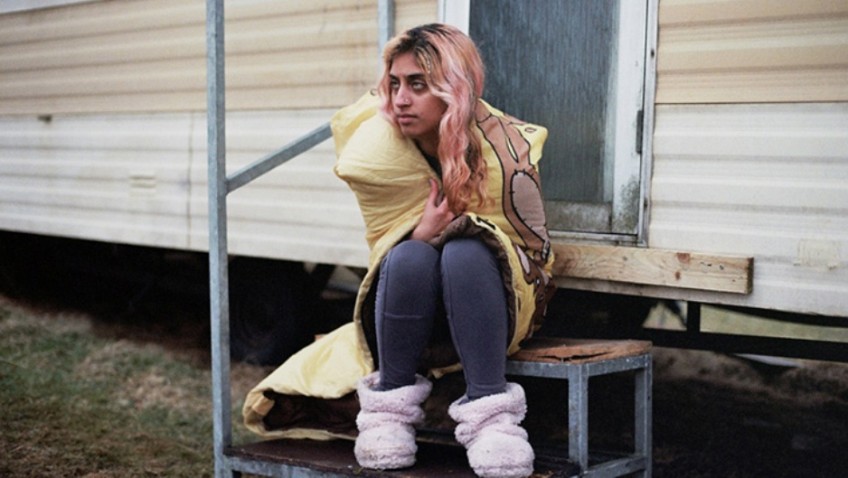 There’s a lot in the title that isn’t in the film.

Music video directors Daniel and Matthew Wolfe, were at a writers’ retreat at the poet Ted Hughes former home in West Yorkshire when they came across a newspaper article that inspired their much acclaimed first feature film, Catch Me Daddy. The subject matter, so-called honour killing, or a Pakistani girl’s attempt to escape from her conservative father, could not be further away from the brothers’ circumstances and frame of reference. This and the fact that they were financed by the British Film Institute, acts like a warning sign: here is a group of people with no first-hand knowledge of the subject, creating a worthy ‘Issue film.’  It is an image that is hard to shake.

Still the Wolfe brothers, with their well-researched and gritty script, beautiful use of locations, and clever combination of lesser-known professional actors and street actors, create an experience that transcends the ‘issue’ label and feels pretty authentic. But their greatest achievement is the unexpected title, with connotations of genre-busting black humour and wry defiance from a strong and original female character.  It is a shame, then, that the main character whose daddy it is feels so removed from the title.

A lot of the authenticity is due to the casting of the uneducated, brutal thugs doing the chasing and the misery of the teenage girl doing the escaping.  Things go from bad to worse for Laila (Sameena Jabeen Ahmed) who has escaped her fate only to live a precarious existence in a cramped caravan on the Yorkshire moors with her drifter, hashish smoking boyfriend Aaron (Connor McCarron).  She works in a hair salon and at night dances to the singing of Patti Smith because Aaron is wary of going out to the local club.  He is no wimp, though, and acts like a pro when his paranoia is finally justified. Curiously, their relationship does not appear to be sexual, but Aaron is a protective and caring friend when Laila’s life is in danger.

Then the inevitable happens. In a kind of variation of John Ford’s the Searchers, Laila’s father, Tariq  (Wasim Zakir) hires bounty hunters, led by her brother Zaheer (Ali Ahmad), to find Laila and bring her home.  Zaheer travels with a few Pakistani friends, led by Junaid (Anwar Hussain), whom we first see with his baby daughter.  We are clearly meant to imagine the life this little girl will have growing up with this father, or trying to flee from him.  They are assisted by two Caucasian low-life thugs.  An offensive, aggressive man named Barry (Barry Nunney) and his older colleague, Tony (Gary Lewis), who feels slightly uncomfortable about the job, but needs the money.

The bulk of the film is then, a chase movie, in which horrific violence mixes with action and a lot of hysterics.  A sub-plot involving Tony and Laila is a warranted and promising turn, but turns out to be a big let down.

Oddly, the least convincing part of the story is Laila.   With her half bleached blond hair, painted nails and, grunge-style Western attire, she appears to be a rebel.  But as the film progresses you wonder how this girl ever summoned the courage to leave home at all.  She and Aaron (who has a mobile phone) fail to use it to get out of a trap, even when they could do so anonymously.   When Tony asks her if she will be all right if he returns her, she does not try to appeal to his conscience and tell him that she will be murdered.  Despite knowing what is in store for her, she misses several opportunities to escape from the thugs and from her father.  The title feels more like a resigned plea than a cry of defiance from a girl determined not to succumb to her fate.

Although Sameena Jabeen Ahmed won the BFI’s Best Newcomer Award, the real star of Catch Me Daddy is Robbie Ryan’s cinematography. More than anything else, Ryan captures the spirit of the title with its mix of kitchen sink realism and nightmarish phantasmagorical fantasy, pierced through with shots of startling beauty akin to hope.