Home / LIFESTYLE / REVIEWS > / THEATRE REVIEWS / There’s no business like show business but if you want to succeed…. 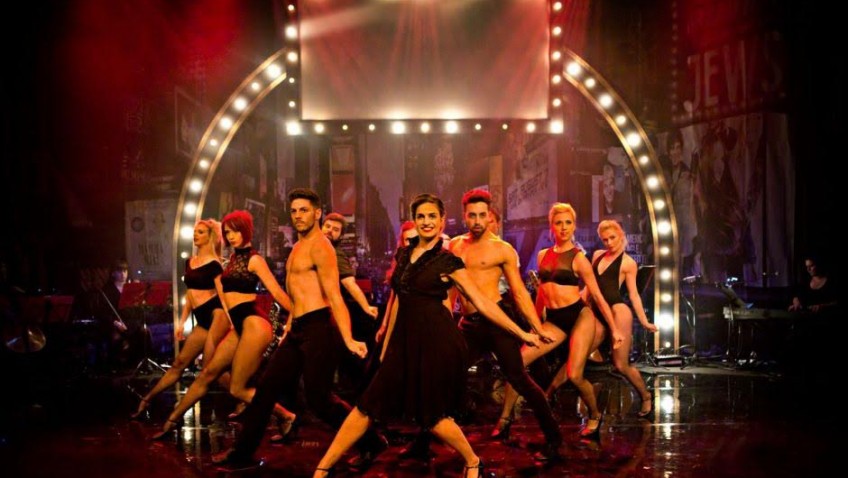 There’s no business like show business but if you want to succeed….

Robert Tanitch reviews You Won’t Succeed on Broadway If You Don’t Have Any Jews at St James Theatre, London SW1

If the title sounds familiar and you are wondering who said it, the answer is the Monty Python team. It was coined in their musical, Spamalot.

You Won’t Succeed on Broadway is a celebration of Jewish composers.

The revue/review starts in the 1930’s and includes hits by such masters of the Broadway musical genre as George and Ira Gershwin, Rodgers and Hart. Rodgers and Hammerstein, Irving Berlin, Frank Loesser, Lerner and Loewe, Cy Coleman, Styne and Sondheim, Cy Coleman, Burt Bacharach, Kander and Be.

The first act curtain is most Jewish number of all, Jerry Bock and Sheldon Harnick’s rousing “Tradition” from Fiddler on the Roof. The first act is best.

There is a cast of 18 singers and dancers. There is a band on stage behind them.

Out of context the show-stoppers often lose their impact; and then, of course, there’s the major problem that audiences, who love musicals will, almost certainly, have seen these familiar songs so much better staged and heard them sung by some really big names.

In its present form, the production is a showcase for the cast; and useful as such for agents and casting directors.