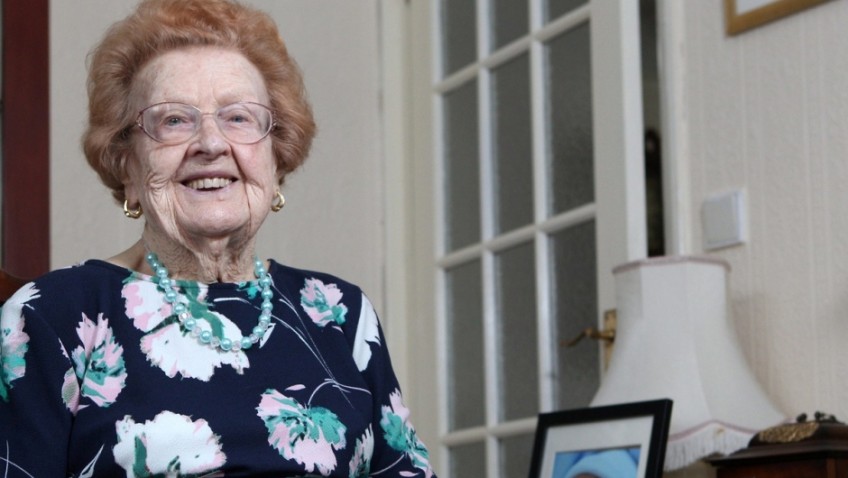 A great-grandma is inspiring dieters everywhere after being crowned one of Britain’s oldest slimmers – shedding seven stone at the age of 92.

Betty Jones weighed an unhealthy 17 stone before she was told she needed open-heart surgery in her 80s and she would need to lose weight to prepare for it.

As well as counting the calories she put in the hours at the gym, regularly pedalling an exercise bike and having swimming lessons.

She now weighs a slender 10 stone 3lb and feels much better for it.

She said: “I’ve always had what I call heavy bones, but I feel great now. After my swimming lessons I can swim a width but I would love to be able to do a
complete length.” 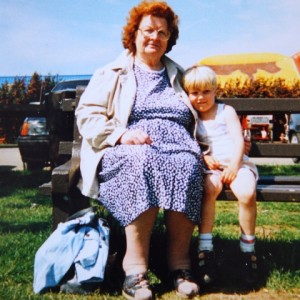 Betty, from Barnsley, South Yorks., said she became overweight as she ran a fish and chip shop.

She said: “I had a nice figure when I got married in 1958 but children and life all combined and I just got bigger and bigger.

“I got fat and then it never went away and later I was looking after my little grandson Jake and I couldn’t even walk him to school – that’s when I knew I needed to take myself in hand and lose weight.”

As well as breaking records at Slimming World Betty is also vying to be the country’s oldest student as she does a college course in tailoring, cake decorating and healthy eating.

She added: “I feel 100 per cent better, fitter and younger since losing weight and I think you are never too old for anything.

“Now I’ve learned about healthy eating I still decorate the gorgeous cakes – but then I give them to charity instead of eating them!”

Despite being the oldest at her Slimming World group and the most mature in her Barnsley College class, Betty doesn’t let her age get in the way. 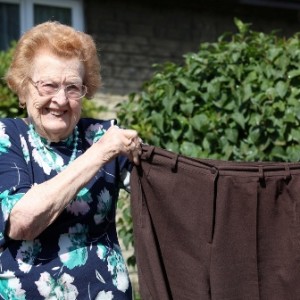 Betty Jones, 92, with a pair of her old wide-waisted trousers

She said: “I have made some lovely friends of all ages at all of these places and I like being out and about and keeping busy.

“A lot of people seem to use age as a reason to give up, but I hope I can show them that you are never too old.

“I feel better now than I did 12 years ago – and that’s because of losing weight and regular exercise.

“I don’t like people holding me out as some sort of example to others, but I would urge everyone to realise a very important lesson – you are never too old to achieve anything.”

Speaking proudly about their oldest member, Slimming World consultant Alison
Brammer said: “There is a reason why she is our woman of the year.

“To describe Betty as an amazing lady and an inspiration to all does not even start to sum her up.

“She certainly lives life to the full, proving that age is only a number.”