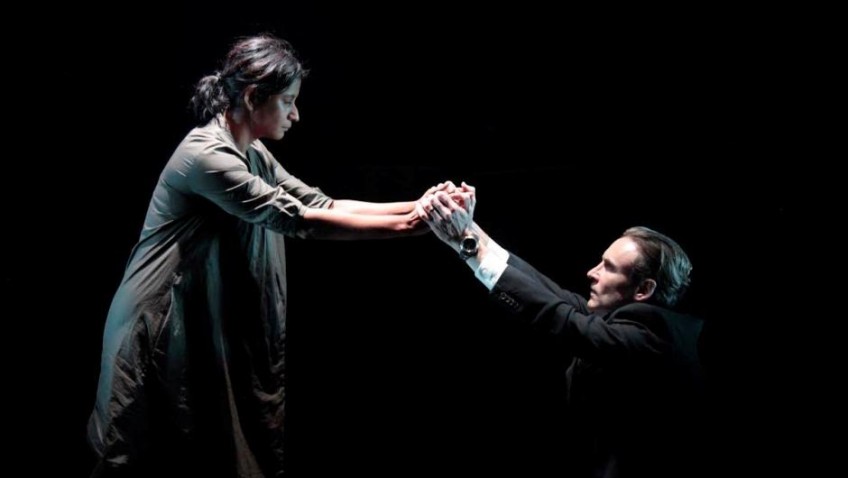 Forgiveness enables people to move on from a trauma

Matthew Wilkinson’s two-hand drama, which is inspired by real events and which he has directed, raises the question of what sort of justice people want.

An architect lost his wife and two children, a boy aged 8 and a girl aged 4, in an air crash in which 148 people lost their lives.

Air traffic control was to blame for the disaster. It was an accident. It was human error. But when the Court does not sentence the person responsible to prison and lets him go free, the architect takes the law into his own hands and murders him.

There is a powerful performance by Cal MacAninch as the grief-stricken father, who wants justice for his dead family; and justice for him means punishment. He is, seemingly, incapable of forgiving; and this would help him and others to move on from the trauma.

There is excellent support from Thusitha Jayasundera, who plays all the other roles.

Wilkinson’s play deserves a longer shelf life than its four week run at the Finborough. It could also be the basis for a good television drama.