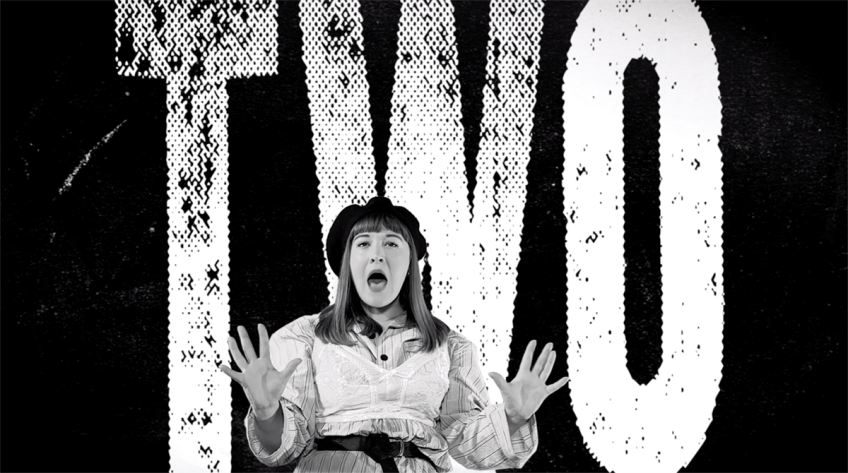 Wonderfully written, stunningly well performed and all round masterly and magnificent – that’s Chris O’Connor’s The Trial, written for the multi-directional Proper Job Theatre Company in collaboration with mentor Richard Bean (One Man Two Guvnors, Made In Dagenham). Into the bargain, the quirky, beautifully integrated music and fabulous, stylised movement sequences are out-of-this-world super and fits-like-a-glove perfect.

Based on Franz Kafka’s novel written in 1914-15, the play updates to modern times. Scarily, as in subsequent eras in other places, our own world is now more horrendously Kafkaesque than Kafka’s own world. Maybe he saw where we were headed. Nowadays, in our digitally dependent world, we’ve even less control over, or insight into, how all the data on us as individuals is stored, broadcast, manipulated, misinterpreted or misused.

Just as in Kafka’s tale, all of a sudden, one fine day, regular chap Joseph K is arrested on his 30th birthday though he’s done nothing wrong, yet right to the bitter, tragic end he never finds out what he was arrested for. The more he tries to uncover the facts and put things right, the more he opens his mouth, the deeper his guilt seems to others as round he goes in laughable, terrifying circles, suffering the consequences, like Alice in Wonderland, of being a sensible, rational, trusting human being in a surreal world that makes no sense whatsoever (a bit like phone calls to internet suppliers).

Before the play starts, as eerie-edged 1930’s Cabaret-style keyboard music plays all the while in ambivalent, expectant mood, the audience is disturbed to learn that it, too, is part of the world of surveillance and faceless algorithms, run by computer system Walden. Photo-snapping actors confront the audience with their dates of birth and details of their lives – because Walden knows everything and Walden sees everything. Then, after witnessing K’s arrest for no reason, which immediately has him trending as a social media hate-figure, we’re trapped for 80 gripping minutes on Joseph’s nightmare Catch-22 roundabout of chicken and egg riddles, nonsensical systems and fact-free waffle, where all rational argument is futile. There’s so much to laugh at in this illogical, unreasonable, surreal world, yet the consequences turn out to be terrifyingly real.

The superb integration of distinctive music, singing, movement, light and shadow, each element artistically beautiful in its own right and contributing hugely to the humour, is crucial in creating and sustaining an ongoing atmosphere of underlying menace and suspense and in heightening lyrical, poignant moments and the effect of rare silence. The subtle skills of Leighton Jones, as he vamps, plays and pulses on keyboard, xylophone and child’s tinny piano, are supplemented by the raspy bass trombone of Stephanie Rutherford who, in beret and fish-nets, also plays The Artist in fine style, creating rubbish art from rubbish and declaring that each of us is also art, as is the law itself. She’s of no more use to Joseph than the lawyer, the magistrate, the priest or anyone else.

The exciting, dynamic movement sequences, based on Russian exponent Meyerhold’s biomechanics, are stunning. With total commitment and precision, using raised platforms and stairs in front of a long projection screen, and an orange, partially transparent, sinister door, the actors create a homogenous mass, like a shoal of fish or flock of sheep, emphasising the unthinking reactions and behaviour of a brainwashed, phone-toting public. Tremendous.

There are outstanding, seamless performances from everyone. Chris Casey is riveting both as a vaguely defined law-enforcer and nonsense-spouting estuary lawyer, as is Rick Ferguson as fellow law-enforcer and (with sun-glasses) Uncle Karl. Chloe Whitehead raises laughs as Wi-fi dependent, song-burst-singing, OMG-exclaiming woman – and whip-wielding cleaning lady into the bargain – while Ellie Spooner endows the lovely Miss Burstner with a very beautiful singing voice, part, also, of the cast’s fine choral mix. Ali Michael’s Joseph K is an ordinary, undemonstrative chap, perplexed and bewildered (less frantic, angry and panicking and more trusting in the triumph of justice than some of us might be in his circumstances). He’s beaten into ultimate, gruesome submission like a dog as his faith in fairness, truth and an illusory, laughable justice system drain away. Like a sacrificial lamb on the altar of progress, he serves as a warning to the rest of us – though no-one knows what that warning is – and we’re left to ponder endless imponderables.

Is justice always on the side of the just – and who decides where that is? Why do we trust the system? How do we challenge what is never explained and what is withheld from us? Are the choices we make really choices at all? As we contemplate our hour-glass lives, shouldn’t we think more deeply about the unforeseen, uncontrollable, unchangeable consequences that might stem from our own actions, reactions or inactions? Well, it makes you think.

This is a gripping, dark comedy horror, enjoyably absurd and totally meaningful. It definitely deserves twelve stars out of ten!

You can find out more information at the website by following this link.