Home / HEALTH / The Social Care Crisis – when will the Government solve this issue? 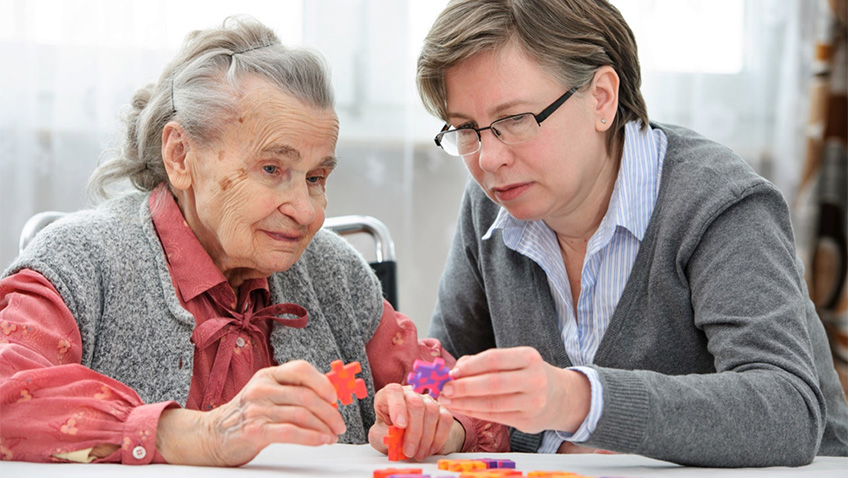 The Social Care Crisis – when will the Government solve this issue?

We are all aware of the ongoing crisis in social care in the UK, after all this is a topic that has been near the top of the political agenda for some time. Unfortunately, it seems that as a result of the ongoing saga that is Brexit, this issue has been relegated to something of an afterthought.

The reality regarding social care is that it has seen significant funding cuts over recent years. Some experts estimate there has been a 5% drop in the number of people receiving publicly funded social care each year since 2010, and that this has impacted some 600,000 people. This is despite the fact that we have an ageing population, meaning that more and more people will have needs that require social care.

A recent report from the think tank The Institute for Public Policy Research (IPPR) claims that there have been multiple, but limited, attempts at reforming social care over the last few decades and that all have failed. The reasons for this failure are that successive Governments have failed to overcome what the report calls the “toxic combination of a lack of public understanding about the system, a disempowered workforce and a vulnerable user group being the end patients themselves”.

The situation is not helped by delays the Government insists are not a result of Brexit. But as Brexit rolls on unresolved, and the crisis in social care continues to get worse, this stance is becoming increasingly hard to believe.

Let’s not forget that the Government has been promising a Green Paper on Social Care reform for some time now. In fact the paper was originally due to be published in the summer of 2017 but has, to date, failed to materialise.

Health Secretary Matt Hancock set a date of 1st April this year for publication, but that date has been and gone with no sign of the Green Paper.

No timescales have since been set for its publication, and the Department of Health and Social Care are now saying that it expects the Green Paper to be published “in due course”. This is despite the fact that Hancock said in December last year that he was putting the “finishing touches” to the paper.

The IPPR report is now calling for the introduction of a bold and comprehensive reform package for Social Care on three key steps. These steps are as follows:

Step 1 – Introduce free personal care in England for over 65s. This would mean that the care element (as opposed to the accommodation element) of social care would become free at the point of need. This change would, in effect, redraw the boundary of the NHS – or at least extend the principles underpinning it – to include elements of social care.

This would create parity between dementia patients and those living with other long-term conditions. It would enable the creation of a more integrated and joined-up system.

It would also more than double the number of people receiving state funded social care, meeting previously unmet need and reducing pressure on carers. Furthermore, free personal care is simpler and more popular with the public than the alternatives proposed, with almost three-quarters of the population supporting it.

Such a policy would also almost halve the number of people facing catastrophic social care costs from around 140,000 people to 80,000. For those still facing devastating social care costs there may be a case for a cap on these costs, which (if set at £85,000) could cost between £3.2 billion (for everyone) or as little as £350 million (for only those people with assets of £200,000 or less). An alternative approach would be to introduce a more generous means-test.

Step 2 – Fully fund free personal care. Free personal care would require social care spending to increase from £17 billion per annum today to £36 billion by 2030 (excluding the cost of a cap or more generous means test). This is not cheap but would still represent an increase of less than one per cent of total government expenditure, seven per cent of NHS spending and is only marginally more expensive (£2 billion in 2030) than the Conservative party’s 2017 election pledge of a cap and floor system.

The local tax base is neither fair nor sufficiently deep to raise this amount of money. Likewise, raising tax revenues from wealth is politically challenging and has often been a stumbling block for social care reform. The report therefore recommends that free personal care is fully funded out of general taxation, requiring either a 1.31 percentage point increase in national insurance or 2.11 percentage point increase in income tax.

Step 3 – Join up health and social care. To fully unlock the benefits of free personal care it must be combined with fundamental reform in the model of care provided across the country, with a focus on delivering more joined-up, preventative, accessible and personalised care. After all, more care is only valuable if it’s also better-quality care. To deliver this, the report recommends the creation of integrated health and care commissioners at a regional level (with a statutory footing) to lead system reform. This should go alongside the creation of Integrated Care Trusts (ICTs) at the local level to join-up primary, community and social care. Modelling for this research shows that delivering this could save the NHS up to £1.2 billion per year by reducing admissions to hospital and delayed transfers of care, as well as by shifting care into the community.

The report goes on to say that the move would remove fears about savings for millions of people and put dementia patients on the same footing as those with cancer. This would mean that the number of people with access to state-funded care would increase from 185,000 to 440,000, helping hospital patients back into the community and saving the NHS up to £4.5 billion per year at the same time. Under the proposal, older people would still have to pay for their accommodation costs but all care would be free.

Of the proposed increase in care costs as a result of these recommendations, it is estimated that some £11 billion of the £19 billion anticipated would arise anyway, even without changes to the system. It is also believed that this increased spend will support around 70,000 more jobs bringing other benefits to the economy.

Harry Quilter-Pinner, senior research fellow at IPPR and lead author of the report, said ‘If you develop cancer in England you are cared for by the NHS, free at the point of need for as long as it takes, but if you develop dementia you’re likely to have to pay for all your own social care – running up potentially catastrophic costs in the last years of your life. This makes no sense. By investing in personal social care so it is free at the point of need for everyone over 65, we can provide a better and more integrated care system, one that’s fairer to us all and saves the NHS £4.5 billion a year.’

Dean Hochlaf, IPPR Researcher and co-author of the report, said ‘Over the next decade the number of older people in the UK is set to grow substantially. This will bring with it more people facing diseases of ageing such as dementia, as well as higher levels of frailty. We need a social care system that is fit for purpose.

‘Adding a penny or two to tax is a small price to pay for creating a simpler, joined-up system in which we collectively contribute to the costs that many of us and our relatives will otherwise face.’

Sir David Behan, chair of Health Education England and former chief executive of the Care Quality Commission, said ‘In 1948, politicians were brave in making the NHS free at the point of need and funded out of general taxation. We need our politicians today to be just as courageous and do the same for social care. After all, the hallmark of a civilised society is how well we treat the most vulnerable, including our elderly parents and grandparents. At the moment we are failing them but it doesn’t have to be that way.’