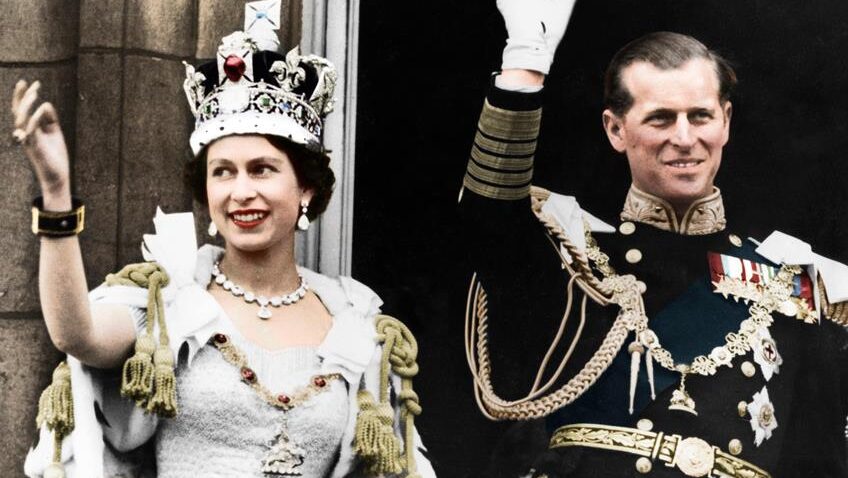 There is no British director who portrays the anxiety, despair and the defiant resilience of men and women facing old age like Roger Michell, whose sudden death at 65 deprived him of seeing the reception of his last two films, The Duke and his Jubilee tribute, Elizabeth: A Portrait in Part(s). Despite Michell’s track record of portraying older people with jobs and responsibilities whose later years are marred by tumultuous personal events, (The Mother, Venus, Morning Glory, Le Week-End, The Duke and Nothing Like a Dame) of Queen Elizabeth he has only superlatives: “She is the longest-serving female head of state in the history of the world, the world’s oldest living monarch, the longest-reigning current monarch, and the oldest and longest-serving current head of state. But… she’s now so much more than any of these things.”

This “covid-made” visual portrait is a compilation of hundreds of hours of archival footage, organised, not chronologically, but by topical chapters such as the Queen’s Speech, At Home, At Sea, The Fire at Windsor, and her Annus horribilis when Diana died. World tours, the royal yacht, garden parties and protocol, all receive their due.

The more recent family debacles slightly postdate the film’s editing, but earlier ones are alluded to rather than dwelt upon.

There is no original footage – and no chapter headings or explanations added to the archival footage. The originality comes from the tone and the editing, and if you gave the same footage to any other director, you would quickly recognise Michell’s style.

Be prepared to see Elizabeth in different outfits and at different ages, performing the same duties, month after month, year after year, trying to pretend that it is all as fresh and exciting to her as it is to the millions watching her; or to the lucky few in a reception line.

The “Love Story” with the late Philip is captured by the repetition, often off camera, in different settings and different years, by the words ‘my husband and I.’ We hear this phrase over and again but with changing images of the young and mature devoted couple. They are similar to images familiar from Philip’s memorial coverage.

We see Elizabeth touring Commonwealth countries, just as we see her touring British factories and pushing buttons, hundreds of buttons in dozens of different hats that usually match her outfits. In what might be 1987 she switches on both the monitor and microwave production lines at Sony’s new factory with the legendary chairman Lee Jae-Yong. In a newscast, we hear: ‘they will then walk down the production line where they may stop to talk to some employees.’

Though all the handshaking, waving from trains and curtseying may grow monotonous, Joanna Crickmay’s dazzling editing allows Michell’s wit and personal commentary to shine through, leaving us to spot the details. A cute little girl curtsies to the departing Queen just as a guard lifts his arm stiffly to salute her, hitting the little girl in the head. As the segment cuts, we just make out a cry of pain.

But you don’t need sharp eyes to spot the Queen’s joy in the chapter, “In the Saddle.” Riding a pony as a youngster; cantering with Margaret in green coats through green hills; galloping on the beach on a thoroughbred, and, late in life, on a slow walking Highland pony with a court escort. Elizabeth’s devotion to her racehorses is obvious, too, as we see her jumping up and down, dashing around and clapping with excitement at the track. Watch her collect on a bet, thrilled at the £16 win, but unaccustomed to handling cash despite her image being all over it.

Many viewers will be confused by exactly what they are watching as Michell has made, for better or worse, an intentional decision not to laden the film with captions, identifying names and dates and make it into the historical documentary that it isn’t. When the Queen is riding down the Thames to open the refurbished Tower Bridge (one of many rides down the Thames we see) it must be 1976, and she shares a memory of Winston Churchill, one of the many Prime Ministers she knew (there is a montage of her meetings with Blair, Brown, Cameron etc). Recalling that Churchill called the Thames ‘the silver thread that runs through the history of Britain,’ she adds with a faraway look, ‘Winston saw things in a very romantic and glittering way.’

We are given glimpses of behind-the-scenes preparations and protocol which suggest to what extent the Queen is the towering cog in a huge, regimented, rarefied, complex and expensive wheel. It is a kind of fantasy kingdom, sustained by historical tradition and by Elizabeth II’s credibility, unstinting servitude and dignity.

We also see an analogue honours file cabinet with an index card on John Lennon’s Order of the British Empire (class: ordinary member). Stamped at Buckingham Palace 26 October 1965, it was returned in 1969. A voice tells us that, “he returned it for some reason.” In the corner we see a handwritten note: “Died 8/12/80.”

The delightful musical score is perfectly matched to each segment. Nat King Cole’s heart-breaking song Mona Lisa accompanies the segment, “Close-up” as the Queen poses for multiple portraits, sitting in full regalia, fidgeting with a tassel in one. A television clip of the late art critic Robert Hughes commenting on the merchandising (“from soaps to sweatshirts”) of the Louvre’s Mona Lisa is intercut with all souvenirs bearing the Queen’s image. “It passes the final test of celebrity,” Hughes notes cynically of the Mona Lisa, “It’s famous for being famous.”

Michell finished the sound editing the day he died, last September. The Cambridges’ controversial trip to the Caribbean and the recent discussions about the continued relevance of the Commonwealth, and indeed the monarchy itself, may shed a new light on the film: a perspective that Michell might have foreseen.