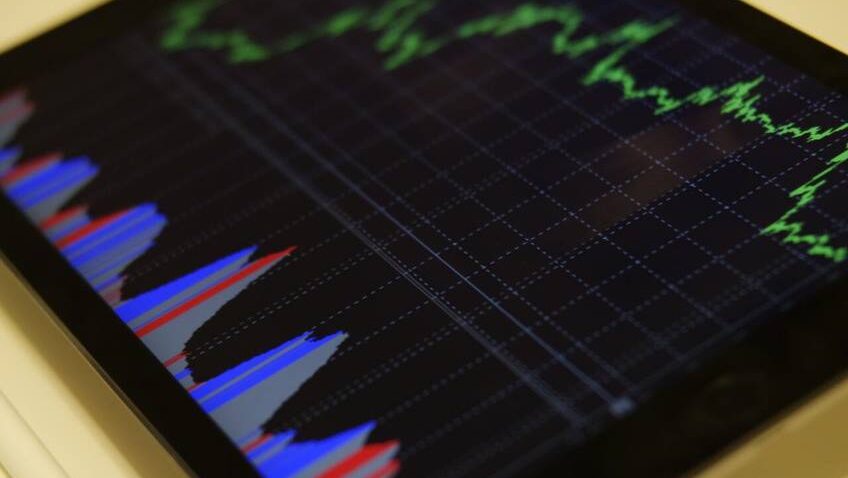 Is a Stock Market Bubble Forming?

The infamous ‘dotcom’ bubble occurred more than 20 years ago now, as new US technology stocks boomed before suddenly entering a bear market in 2021.

This type of bubble refers to an economic cycle that’s charactersed by a rapid escalation of market value, usually in the price of affected stocks. However, this price growth is often unsustainable, and driven by speculation rather than the fundamentals of the underlying firm.

Now, GMOs’ Jeremy Grantham believes that the modern-day stock market is trapped in a similar bubble. But is this the case, and is there evidence to support this assertion?

First – A Look Back to the Dotcom Bubble

The dotcom bubble involved a number of cutting-edge US tech stocks, whose valuations grew exponentially amid the Internet boom at the turn of the century.

As valuations soared amid an excess of venture capital and largely speculative investments, the value of the equity markets began to grow at a significant and disproportionate rate. In fact, the tech-led Nasdaq soared from just under 1,000 in 1995 to a peak of 5,048.62 on March 10th, 2000, just before a subsequent crash in 2001.

As the chasm between earnings and valuations became apparent and the bubble burst, equities entered a sudden bear market. The Nasdaq declined by nearly 77% overnight, resulting in the loss of billions of dollars across the board.

Subsequently, a large number of dotcom firms went out of business, including Webvan and Pets.com (who lost a staggering $147 million during the first nine months of 2000).

On the surface, the current stock market bears some resemblance to the 2000 dotcom bubble, particularly when you take a look at influential US retail stocks and tech giants.

In the case of US tech stocks, these assets are arguably similarly overvalued, with a significant chasm separating their total earnings and share price valuation. Recently, this helped the Nasdaq 100 to soar by 2.62% in just 24 hours to 12,564, mirroring the highs that the index experienced prior to the 2001 crash.

The concern here is that the latest tech firm revival appears to be little more than another dead cat bounce, which may be masking the overvalued nature of stocks and the fact that the market may already be in the process of deflating.

This is certainly true according to GMO boss Jeremy Grantham, who stated his belief that the stock market is trapped in a bubble akin to 2000 and poised to burst.

In an interview with CNBC, Grantham also referenced the blue-chip S&P 500, which features a similarly large selection of influential tech stocks. More specifically, Grantham said that “he expects the S&P 500 to fall at least 40% from its peak” this year, sending the index to its lowest level since the March 2020 coronavirus bear market.

The S&P is already around 18% down in the year-to-date, while Nasdaq has shed a staggering 28% of its value so far during the same period. While the Dow Jones has performed slightly better, it has also lost 14% of its value since the start of 2022.

These figures make for grim reading, and they suggest that if the stock market is in a bubble, the air may already be escaping from it with every passing moment.

Are There Any Differences With the 2000 Dotcom Crash?

According to Grantham, the collapse of a stock market bubble in 2022 would also be worse than the dotcom crash.

But why is this the case? Grantham explained that the 2000 crash was exclusive to US stocks (mainly tech firms), while bonds, housing and commodities continued to perform well and remained largely unaffected.

This translated into sustained yields for diversified portfolios, but the same cannot be said for the current economic climate.

After all, commodity prices and the cost of oil continues to soar against the backdrop of an ailing energy market and the Russian invasion of Ukraine, while rampant inflation across the western world is being combated by rising base interest rates.

With base rates in the US and UK being lifted from a floor of 0.1% to 1% over the course of the last six months, the cost of borrowing and mortgage repayments continues to increase for business and households alike.

In the short-term, this is compounding the global cost of living crisis, while impacting directly on the housing market and further affecting the balance between supply and demand for certain commodities.

With a potential recession also looming, these factors could combine to amplify the impact of a stock market crash, creating more significant and longstanding issues for investors in the process.

Clearly, any potential stock market crash would have dire and far-reaching consequences in the current economic climate, especially if a recession does materialise in the second half of 2022.

After all, there’s the potential for an economic recession to morph into something akin to the 1970s, where growth stagnated markedly and inflation persisted for years.

Arguably, firms are already feeling the pinch, with both Target and Walmart in the US recently forecasting an increase in input costs and reduced profit margins. With tech firms also overvalued, this trend could continue for the foreseeable future at least and underpin a significant decline in share values.

Whether the stock market’s bubble ultimately bursts has yet to be seen. However, there’s no doubt that businesses and investors should prepare for a downturn in fortunes and valuations at the very least.