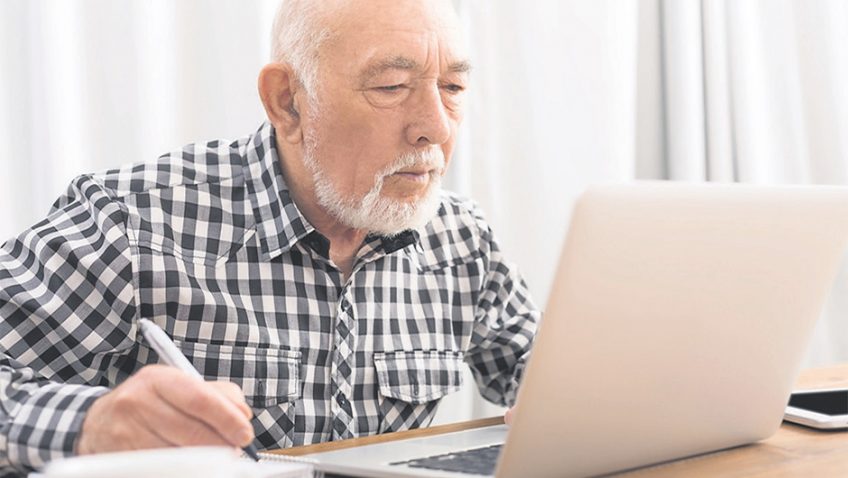 Is there still such a thing as a digital divide in the UK? Well according to new figures from the Office for National Statistics (ONS) in their Internet Survey 2019 the answer is yes there is, but it is narrowing.

The survey has been conducted every year since 2011, and not surprisingly adults aged 75 and over have consistently been the lowest users of the internet. However the survey shows that usage amongst this age group is on the rise as each year goes by and older people are embracing the internet more and more.

The further down the age spectrum you go, the more internet usage rises, peaking at 99% for the age group 16 to 44 years; that’s almost everyone in this age group admitting to being recent internet users. These figures just go to show how ingrained internet usage has become in our day to day lives – and whatever you think about it, this level of usage is likely to remain pretty consistent in the coming years.

Although the age divide does still exist, at least it is closing. In fact the UK had the third highest internet usage amongst adults aged 16 to 74 in the whole of the European Union at 95%. That’s some 10% above the EU average with, rather surprisingly, only Denmark and Luxembourg having higher usage rates than ourselves.

Over the period that the survey has been operating the usage gap amongst the sexes has also closed. In 2011 some 82% of men had used the internet compared to 77% of women but this gap has now closed and this year to just 2 percentage points with some 92% of men and 90% of women admitting to being regular internet users.

There are now a reported four million people in the UK who have never used the internet and more than half of these, some 2.5 million, were aged 75 and over. You probably won’t be surprised to learn that men in this age group are bigger users of the internet than women, with 54% of men aged 75 and over admitting to regular usage against just 41% of women.

So what do these figures tell us? Well clearly society is changing and internet usage is now an integral part of many aspects of everyday life, whether we like it or not.

Technology and the internet are rapidly taking over and future developments will continue apace. It’s sad to say but those who resist the the internet will get left behind, and despite the protests that non internet users may make, there is little that can be done to halt its progress.