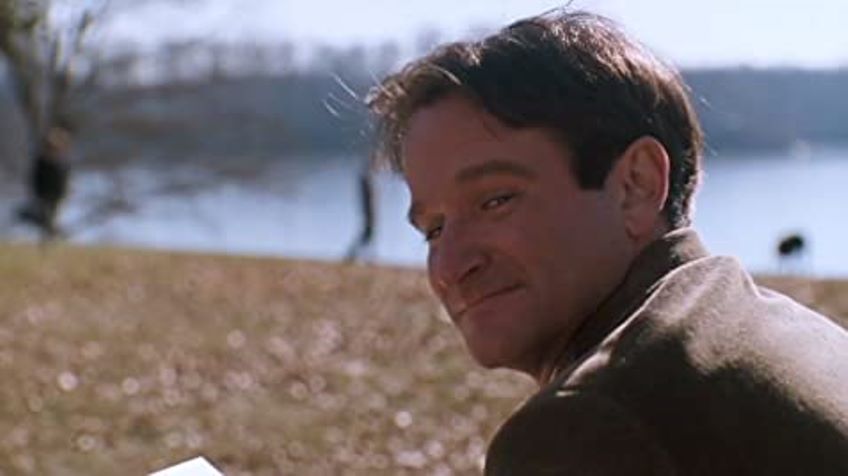 The devastating autopsy on Robin Williams is explored in this personal documentary.

On 11th August 2014, the world was shocked by the news that the “world’s funniest man”, Robin Williams, committed suicide by hanging. The void was filled by speculative TV newscasts and tabloids that were quick to attribute the death to his history of drugs, alcoholism and mental health issues. Graphic artist Susan Schneider Williams, the Marin County comedian’s third wife of barely four years, juggled grief and incomprehension with injurious reporting, as well as mounds of flowers and tributes left at their door. It was not until the Coroner’s Report in October that she learnt the truth about his death, a truth that Williams died without knowing.

Tylor Norwood’s documentary, made in collaboration with Schneider-Williams in her new role as founder of the Lewy Body Dementia Fund, aims “to restore a legacy that had been tainted by a fundamental misunderstanding.” It is a personal perspective and neither Williams’s two previous wives, nor his children figure among the carefully selected talking heads. This, despite the fact that Williams’s last tweet, of 31 July, was to his daughter Zelda, wishing her a happy 25th birthday.

Tributes are paid by colleagues and neighbours and friends, John Hepper and Stanley Wilson and stand-up comedian Rick Overton, who points out, “when you’re playing with Robin, you’re not known for how you neck and neck with him or beat him, but how you keep up with him.”

A General and an Admiral in the US military reflect on Williams’s uncanny ability to cut through the troops’ “bullshit detector” and make an instantaneous connection to the men (and women). Elaine Rogers, the President and CEO of the USO (United Services Organisation), a charity that organises entertainment for the troops, tells a touching story (accompanied with video) of Robin comforting an amputee whose girlfriend had ditched him for ninety minutes. ‘[Robin] was willing to sit and talk about his own fears’, Rogers recalls. His wish was that these fears would be dispelled.

What prevents this film from crossing into a hagiography are the fascinating interviews with doctors and the heart-breaking testimonials from Schneider Williams and the last people to work with Williams.

In the months before his death Williams was not only starring in Night at the Museum but shooting the The Crazy Ones, a heavy workload for even a young, fit actor. Although The Crazy Ones was taken off the air after a short run, Williams was nominated as Best Actor in the Critic’s Choice Awards and Night at the Museum star Ben Stiller and director Shawn Levy marvel at Williams’s ability to improvise on the set and improve upon the script.

Shawn Levy, and The Crazy Ones’ producers David E Kelley and John Montgomery attest both to Williams’s creative “superpower” as well as to his difficulties remembering his lines. It is painful to hear them remembering the insecurity and humiliation this caused him. “He’d call me at 10 at night and 2 in the morning to ask me, is any of this usable?” Levy recalls. “I would reassure him. I saw his morale crumble.”

The outside world did not. We hear that after his friend John Belushi’s untimely drugs death, Williams took up cycling. Although he not only got clean but became a fit and devoted long-distance cyclist, but the image of the sad clown hung over Williams’s later life. No one, least of all Williams, could have known that this might have been the result of his serious medical condition.

Levy felt that he was being loyal to Williams to keep these new problems private, but with hindsight he feels “it is more loyal to share without shame as the guy was hurting.” Those who worked with Williams also noticed him covering his hand.

A diagnosis of Parkinson’s in May 2014 was some comfort, because, as Schneider -Williams says, it was, at least a diagnosis. But Williams was aware enough to know that the visual hallucinations, paranoia, and insomnia was something else. That he did not know what, only added to his frustration and misery.

What he had was Lewy Body Dementia, that was only detected with an autopsy. By the time of his death all of Williams’ neurons had been attacked by this incurable degenerative disease and it is apparently only due to his superior intellect that he could resist as long as he did. When doctors saw the extent of his brain’s destruction, they were astonished that he could have walked onto a film set, let alone remember any lines.

The film does not mention Williams’s admission to an alcohol rehab centre in 2014, the year of his death. We are left to ponder whether the drugs and booze might contribute to the disease or whether he resumed drinking as a way of dealing with it; or perhaps Williams was confusing the symptoms of Lewy Body disease with alcoholism without realising it. A devastating biopic and sound warning about the harm of drawing conclusions in ignorance.