Home / NEWS / CAMPAIGNS / You can help leave loneliness behind this Christmas 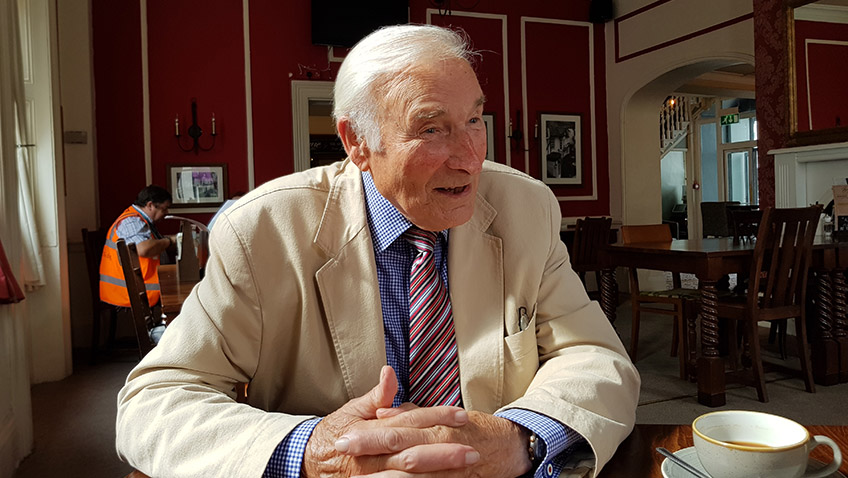 You can help leave loneliness behind this Christmas

The Campaign to End Loneliness needs your help; they are a small team with a huge aim: to end loneliness. This Christmas, and for the first time, the charity are asking supporters for donations.

By giving just £5 per month, you’ll support a campaign that aims to make loneliness in later life a thing of the past and help make sure that all older people have the friendship and support they need.

There are four million lonely older people in the UK. Many will spend this Christmas alone.

John lost his wife, Joan, suddenly. As part of the Campaign to End Loneliness, John tells his story:

‘My wife, Joan, died suddenly. It was 3 days before my 80th birthday. We had been together for 58 years. My brain hit a brick wall.

‘I would wake up, make breakfast and then realise she wasn’t there. I would go to the café and it would all be couples. I was there on my own. That would crush me inside.

‘After a year, I decided I had to do something. My friend Eve encouraged me to join the University of the Third Age. With her support, I joined a singing group. I made new friends. Now I am never at home. I’m always out singing, dancing or painting. I recently learnt to take off and land a light aircraft (not solo of course)!’

‘But I am luckier than lots of older people. I have a loving family and friends. In the weeks after Joan died, I received so much love and affection from them – especially my daughter Deb.’

John tells us his story

‘Eve helped me to take the first step to overcome my loneliness. One person can make a big difference. Without Eve I might not be where I am today.

‘But Christmas is hard. Christmas is a family time. If you haven’t got a family, it’s just another weekend on your own.

‘So my advice is – talk to your neighbours – especially if you know an older person is alone.

‘Send a card saying “would you like to talk?” “Would you like a mince pie?” Give people a call. Knock on the door to say “Merry Christmas, are you ok”?

‘It’s Christmas, let’s get together! You can be the person to make the difference.’

The Campaign to End Loneliness believe that people of all ages need connections that matter.

There are nine million lonely people in the UK and four million of them are older people. Many older people find constant loneliness hardest to overcome. They lack the friendship and support we all need.

To end loneliness, this essential charity needs you to donate.

For more information about the Campaign to End Loneliness and to make your donation, visit: https://www.campaigntoendloneliness.org/