Home / HEALTH / Thanks a million! Befriending service hailed a success in West Wales 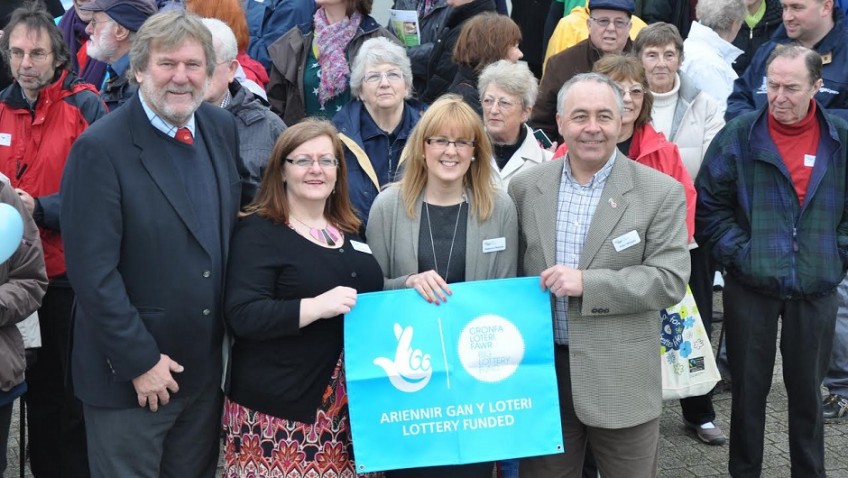 Thanks a million! Befriending service hailed a success in West Wales

Older people living in mid and west Wales are celebrating the success of a befriending service that has given thousands a new lease of life.

It is estimated that 75,000 over-65s in Wales describe themselves as “always or often lonely” and two in five (46%) say that their TV or pet is their main form of company. Loneliness is a huge issue that affects people all year round, with nearly a third of older people in Wales saying they would like to go out more often.

The West Wales Befriending Links project has tackled loneliness and isolation by supporting older people to set up activity groups.

The project, spearheaded by Age Cymru Sir Gâr, provided new opportunities for older people to make friendships in their local communities, and has been a life line, particularly for people moving into the area.

Project Manager Rebecca Thomas said, “Loneliness and isolation seriously impact upon the health and wellbeing of older people. These new groups, and the friendships that they have fostered, have created new routines, and prevented further loneliness and isolation. Our groups have focussed on helping older people to become better connected and more resilient. We have been able to provide information and advice as well as links to other services in the community.” As well as promoting friendships and like-minded activities, the project has also enabled older people to become more resilient.  By boosting confidence, self-esteem, and independent living, it has aimed to create less dependence on public services.

Rhian Davies, 78, from Dafen, found that joining a friendship group gave her a new lease of life. Mrs Davies had become isolated after caring for her husband who suffered with Alzheimer’s for seven years. After her husband died a friend invited her along to a lunch club. Mrs Davies said, “It brought me out of my shell.” She also joined a knitting club and friendship group run by the charity. Since the start of the project almost 3000 older people across West Wales have joined groups, with 88 groups established and still running, more than double the original projected number. These groups have ranged from eight people attending a creative writing group, to over 120 attending a tea dance.

To include as many older people as possible, a wide range of activities have taken place in the groups, from craft, knitting, film watching and creative writing, to dance, walking, LIFT exercise, Tai Chi ,and lunch clubs.

With over 200 meetings each month across Carmarthenshire, Pembrokeshire, and Ceredigion, run by around 90 volunteers, the organisers have hailed the success of the project in bringing old people together to enjoy later life.