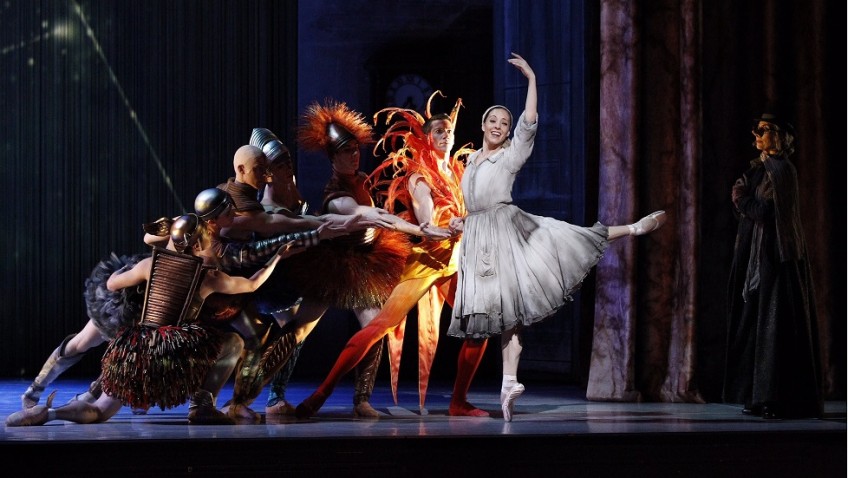 The story of Cinderella has been told many times but rarely can it have been told so badly.

The Australian Ballet’s Cinderella choreographed by Alexei Ratmansky to music by Sergei Prokofiev is not for traditionalists.

There’s no coach for the ball and so no magical transformation of pumpkin and mice. The sets are ugly. The ballroom is severe and lacks a sweeping staircase for entrances and exits

Designer Jerome Kaplan takes his inspiration from Salvador Dali, Rene Magritte, Georgio de Chirico and Man Ray. Surrealists will instantly recognise the Mae West lips sofa and the footstool made out of feet. A surreal Cinderella sounds fun.  But it isn’t much fun in practice. The choreography is not amusing.

The Prince has a good first entrance, leaping around in his white suit. Cinderella has a lovely ball gown. But there is no characterisation. There is no chemistry between Kevin Jackson and Leanne Stojmenov. They dance together but It is difficult to imagine them actually falling in love and living happily ever after.

The Prince goes on a journey round the world by ship, train and car. He meets an all-male group who give him a lift. But who they are and what temptation they offer is coyly not revealed. The Stepmother is not to be taken seriously. The Ugly Sisters are the least funny I have ever seen. (Bring back Frederick Ashton and Robert Helpmann!) There is no drama when they and all the girls in the kingdom try on the glass slipper.

The most arresting surreal image is the chorus of topiary cone trees on castors transformed into tick-tocking Man Ray metronomes with swinging pendulums and eyes; but even this is ruined for a cheap joke when the dancers inside the metronomes lift their skirts to reveal their legs.