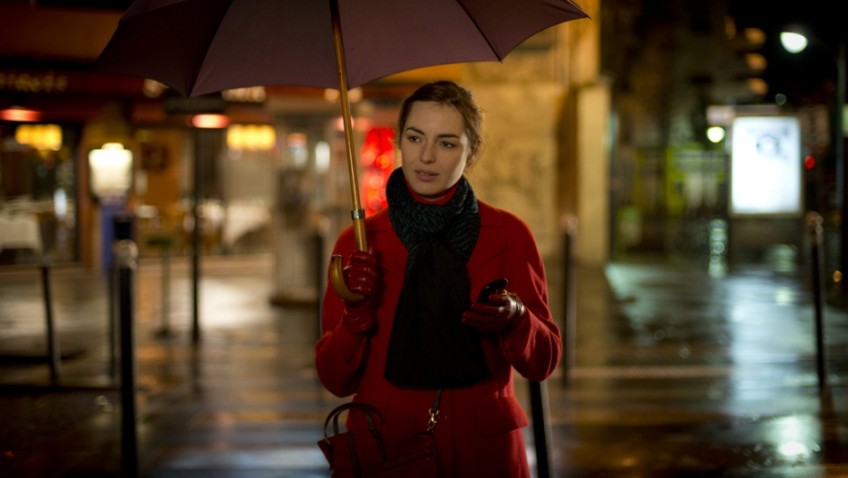 A surprising romance in Miss and the Doctors

In Writer/Director Axelle Robert’s slice of life romcom, Miss and the Doctors (the French title, Stick Out Your Tongue, Miss, makes it sound like a Carry On farce), two brothers, both doctors, fall in love with the same woman. It’s an underwritten and perhaps inconsequential film, but one that holds your interest throughout and a few surprises.  Robert, who is from a family of doctors and lives in Paris’ Chinatown, where the film is set, manages to evoke a sense of place that grounds the slightly quirky script in reality.

Boris (Cédric Kahn) and Dimitri (Laurent Stocker) Pizarnik are bachelor brothers and neighbourhood GPs who make house calls in Paris’ 13th Arrondissement where they are well-known. They are best friends, share a practice and secretary, Annabelle (Camille Cayol) and see patients together.

One night they answer a call from a young diabetic named Alice (Paula Denis) who lives in a tower block. The brothers are surprised to find the outgoing and personable Alice alone all night. They learn that her single mother, Judith (Louise Bourgoin) works at night as a bar maid. When Boris, and then Dimitri, meet Judith each is struck by her beauty, poise and openness.

Although both men in turn declare their feelings to Judith, they try to hide them from one another.  When Alice’s condition worsens, Boris suggests that Judith notify Alice’s father, but he soon regrets this advice.

We never learn why the brothers continue to see patients together (only rarely doing the rounds separately) as it is hardly economical. When they have to lay off Annabelle because of financial difficulties, they do not alter the pattern. But eventually, their relationship with Judith drives a wedge between the brothers that may or may not be just what the doctor ordered.

Seldom does Paris’ 13th Arrondissement make it into the movies, but in this case, it is one of the stars of the film, along with its working class inhabitants. In one scene, Alice stops by the shop in Chinatown where another young patient (Alexandre Wu) of the Pizarniks works for his parents.  They have what sounds like an improvised conversation about the brothers. It might be the only common ground between them, but it shows that the brothers are important, and even to youngsters, odd, fixtures of the community.

The lovely, Louise Bourgoin started out as a model and weather girl on television, taking her name from her favourite sculptor, Louise Bourgeois. This landed her a role in The Girl from Monaco, followed by a terrific lead performance in the family fantasy film, The Extraordinary Adventures of Adèle Blanc-Sec. She was last scene as Manon, the bride-to-be who collaborates with Emma Thompson in Love Punch.   She is a perfect Judith.

Despite his talent as an actor, Cédric Kahn, who plays Boris, should be directing films. His films, L’Ennui, Roberto Succo (nominated for the Palme d’Or in 2001), Red Lights (after a George Simeon novel) and The Airplane, are all small, dark masterpieces combining suspense and characterisation.  An intriguing recent film, Les Regrets, was not released in the UK.