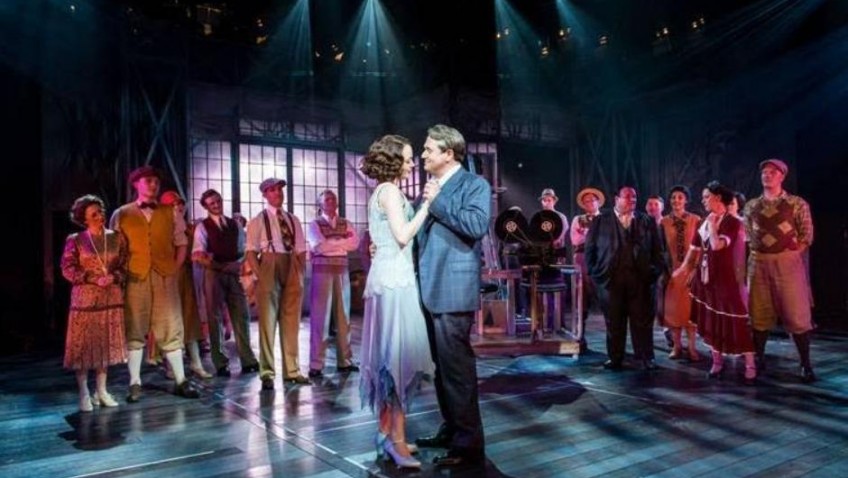 If you enjoy the foot tapping razzmatazz of the musical theatre then you must not miss this revival of Mack and Mabel at Chichester Festival Theatre.

Jerry Herman and Michael Stewart’s 1974 musical show spans the years from 1911 to 1938. Based on a true romance between director Mack Sennett and his leading lady Mabel Normand, it charts the rise and fall of Hollywood silent movies

This is not a traditional love story, by any means. This is a timeless tale about mixing business with pleasure and letting love in.

Sennett is not a particularly warm character and is driven by passion for movie making to make people laugh. This is to the exclusion of everything and everyone else. Although he is a bully and liar his team is loyal to him, despite his failings.

The score includes the anti-romantic ballads “Time Heals Everything” and “I Won’t Send Roses” which sums up Mack’s inadequacies as a lover.

Michael Ball is immense as Mack, giving a superb performance as the guy who bullies and is sometimes tender but always dominating the stage.

The score is rich in melody with very many bright, up beat numbers. There are so many excellent dance routines, all slick and very engaging.

The very memorable “Hit ‘Em On The Head”, a musical homage to the famous Keystone Cops, evokes a magical sense of those silent movie slapstick heroes.

The production runs in Chichester until 5 September 2015, before touring across the UK and Ireland.