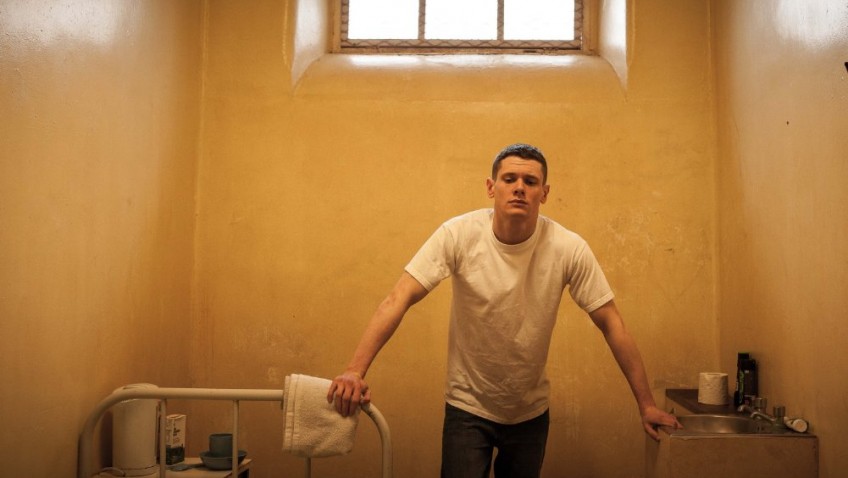 STARRED UP (20th Century Fox). A deeply disturbed young offender (Jack O’Connell) is a right troublemaker. Dangerously violent, yet vulnerable, he is at risk from prison staff, the other lags, himself and, above all, his loose-cannon dad (Ben Mendelsohn) who is in prison with him. Can the decent therapist (Rupert Friend) teach him to control his temper? Skilfully directed by David Mackenzie in almost a documentary manner, and with a good script by Jonathan Asser and convincing acting, it is far and away one of the best British prison dramas I have seen; even if the final scenes are way over the top. The hostile environment feels totally authentic. The film was shot in sequence in a real prison, a definite bonus.

DAWN OF THE PLANET OF THE APES (20th Century Fox). Matt Reeves directs an intelligent, Science Fiction and anti-war film. The people in San Francisco, living in a post-apocalypse situation, are rotting away and. in order to survive, need to mend a hydraulic dam. But will the apes that live in the territory let them? Can the apes trust the humans?  The audience roots for the apes. There is a memorable image of them riding horses.  The apes, with excellent costumes and face make-up, are so much nicer and better looking and better acted than the bland humans. Andy Serkis is the good ape. Toby Kebbell is the warped ape.  The ape language is translated with the help of sub-titles.

THE FAULT IN THEIR STARS (20th Century Fox). Josh Boon directs John Green’s best-selling novel. Many of you will probably have seen Love Story with Ryan O’Neal and Ali MacGraw.  It was the blockbuster movie of 1970.  Well, what with two sweet, good-looking 18-year-olds, dying of cancer, The Fault in Their Stars is a Love Story for 2014. He (Ansel Elgort) has a prosthetic leg. She (Shailene Woodley) drags around an oxygen tank. The star-crossed lovers go to Amsterdam and she has to climb all those difficult stairs and ladders in the Anne Frank Museum. They do not go the Rijksmuseum. Instead they have an expensive dinner and sex. Audiences like weepy films and it has done extremely well at the box office.

HERCULES (Paramount).  Don’t just stand there, kill somebody! Can the son of Zeus, the mighty Hercules, either as a man or as the legend, bring peace? What do you think? Of course, he can. No problem; but first there has to be a lot of bloody fighting. Directed by Brett Retner it’s a labour of comic book absurdity with plenty of action, plenty of spectacle and lots of classical name-dropping. (The scriptwriters have done their homework.) The acting, led by Dwayne (rippling muscles) Johnson and a host of Brits, is limited. The phalanx formations, however, are excellent.